I forget how hard it is riding in the end of November, early December, even when it is relatively warm. I’m not that out of shape, well maybe I am, and I have been eating antibiotics and antiviral medicine by the handfuls, but whatever the reason, it sure does seem hard getting a 300 mile week.

Part of the reason is because there isn’t anyone else around here that can pull much, so I spend a nearly the whole day in the wind. We did have a day this week that was nearly perfect, really still, but normal wind speed for around here is 15 mph+, emphasizing the +. Plus, even though it has been in the 50’s, it seems colder. It only stays warm for a couple hours a day, so it seems like you’re never quite dressed right.

Catherine came back from Seattle and rode with us for 3 days. Up in Seattle, she has been riding outside on the weekends and then 3 times a week at Todd Herriott’s Place at night. You’d think that would be enough to keep her in pretty good shape, but it isn’t. Well, it isn’t good enough to allow her to go out with us and do an even share of pulling, in the wind, 3 days in a row. When it got down to four of us one day, Catherine was pulling out all the tricks to rest. Whenever I looked back, instead of 2 riders behind us, there would only be one, then Catherine was drafting him. There is a much better draft two guys back, and after the ride, she admitted that she was just being overly cautious, but this time of the year you never know when your going to just blow. I can’t blame her.

The temperatures are supposed to plummet tomorrow. Thursday the high is supposed to be in the lower 20’s. Same Friday and Saturday. Those temperatures are when I like to ride off-road, slower speeds, harder pedaling. But, I’m sort of trying to take it easy and riding on trails or in the grass isn’t ever easy, but neither is the wind, so…………. 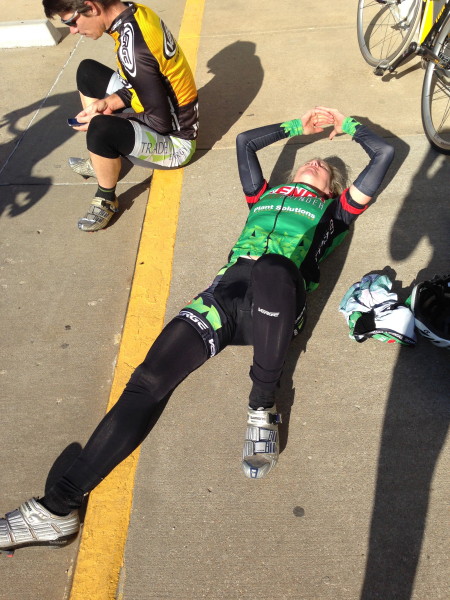 Catherine taking a little break 30 miles into the ride. 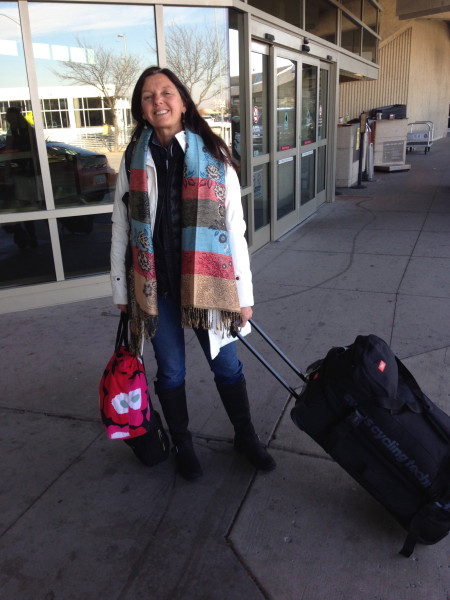 Trudi headed off to Park City for a little BMC mini-camp for the US riders. 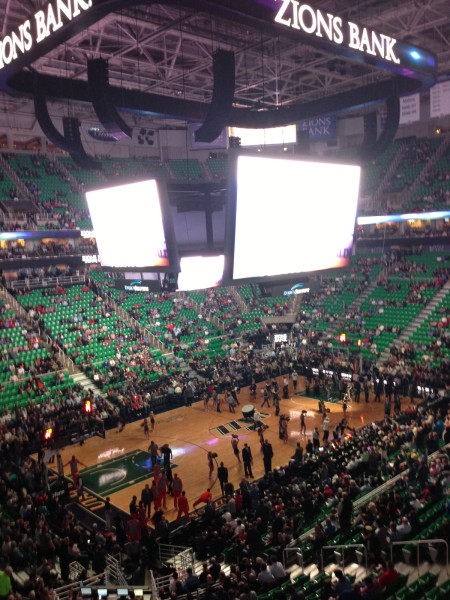 Last night they went to a Utah Jazz game. Watched from a skybox of course. 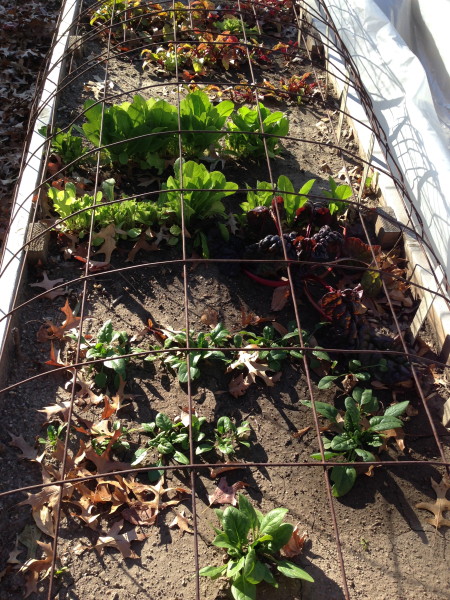 It’s been so warm that we’re still eating lettuce and spinach for our garden. We cover it at night. 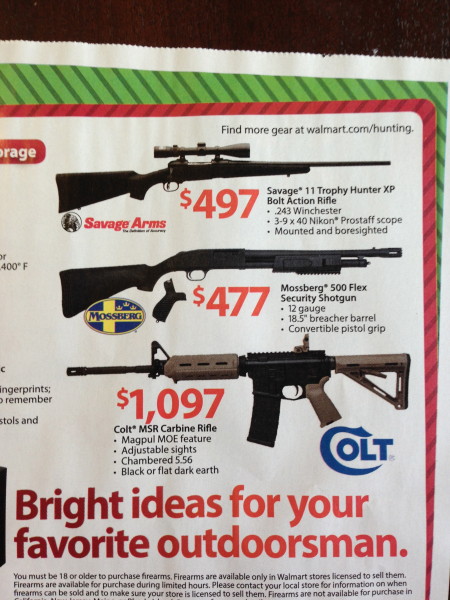 How about Black Friday sales at Walmart? An AR-15. “For your favorite outdoorsman”? I don’t think many people think of this gun as one for hunting. It is pretty much an assault rifle.