Thanksgiving is my favorite holiday. Pretty simple, friends and family get together to hang and eat. It sort of hard to commercialize something as simple as this. I heard that yesterday was the biggest travel day of the whole year. That is a good thing. It seems like some our best holidays, Halloween for example, has lost its appeal, thus participation, due to societal worries. Today happens to also be Hanukkah. I don’t know much about Hanukkah, but I do know that it is usually in December. This weird alignment of Thanksgiving and Hanukkah won’t overlap again for 79,043 years. That’s a while from now. Another tidbit of information, Thanksgiving has been a holiday since 1863. Pres. Abraham Lincoln declared it a holiday hundred and 50 years ago.

I say it’s hard to commercialize today, but “they” really do get their way tommorrow, Black Friday. I’ve never participated in Black Friday. I don’t make many rash decisions on purchases by prices. But, Black Friday is probably a bigger “holiday” than Halloween now. I hate that the Black Friday devils are now encroaching Thanksgiving Day. But, that is just life.

I’ve spent Thanksgiving away from home maybe more than the time I’ve been home. One season I spent the whole fall and winter racing cyclocross in Switzerland. I was living in Aigle, a small town in the French section, now famous as the place the headquarters of the UCI is located. Trudi flew over a week before Thanksgiving. We decided that we were going to cook a traditional Thanksgiving meal. But trying to locate pumpkin in Switzerland was impossible. We travelled to Geneva, which was an hour drive from Aigle, to try to find some pumpkin. We went to health food stores, farmer’s markets, out of the way grocery stores, but no luck. We went without pumpkin pie that year, which seems like the mainstay of the meal, plus it’s my favorite part.

Another year I didn’t have a proper Thanksgiving meal was a winter I spent up in Grand Forks, North Dakota, doing a study with the Human Nutrition Lab. I was confined to the lab 24/7, unless I left with an escort or was out training on my bike. On Thanksgiving day that year, after lunch, which was beyond horrible, no turkey, no mashed potatoes, no pumpkin pie, only saturated fat, I went out for a ride around town. It was super cold, as it always was in North Dakota then, but I didn’t mind. I was pleasantly surprised how many people were out walking. If they weren’t walking they were playing touch football with their families, or frisbee. It was so nice observing for afar. I think that is when I really started to appreciated the simpleness of the holiday.

I got an email yesterday, from my friend, Brian Worthy, czar of Vermarc clothing and just all around nice guy. He reminded me of a Thanksgiving that he spent in Chicago at Trudi’s grandmother’s apartment. Kris, Trudi and Brian were driving the team van out to Plymouth Massachusetts, for Cyclocross Nationals. Seems pretty early now, but back then, the date was so late in the season compared when the last road race occurred. I was all ready on the East coast, I ate with Paul Biskup’s family. Anyway, Brian got the luxury to get to eat some of Trudi’s grandma’s knodel, which is a German potato dumpling. You cover it with Sauerbraten gravy, with is a German pot-roast. It is to die for. Trudi’s grandparents were both from Germany. I like the mixing of ethic foods with traditional holiday meals. Brian is lucky to have that memory. Obviously, it will be with him forever.

I won the Nationals that year. I thought it was so appropriate that we we in Plymouth near Thanksgiving. We saw were the original piligrams landed, Plymouth rock. It was sort of disappointing, much smaller than you’d think. We did a tour of a cranberry museum there. I learned nearly everything I know about cranberries on that tour. It was a great trip.

I’m in Topeka this year. A few friends are coming over. We’re not eating until late because Catherine is flying in from Seattle at two o’clock, so won’t be back to Topeka until after four. That is fine. I hope to ride Bill up North towards Hoyt, where he seems to go every other year. It is pretty cold out, but that’s alright. Okay, I hope you all have an enjoyable day, relaxed, no worries. It doesn’t have to be memorable for it to be meaningful.

If you want a little fun Thanksgiving merriment, go to Google and click on the Doodle. 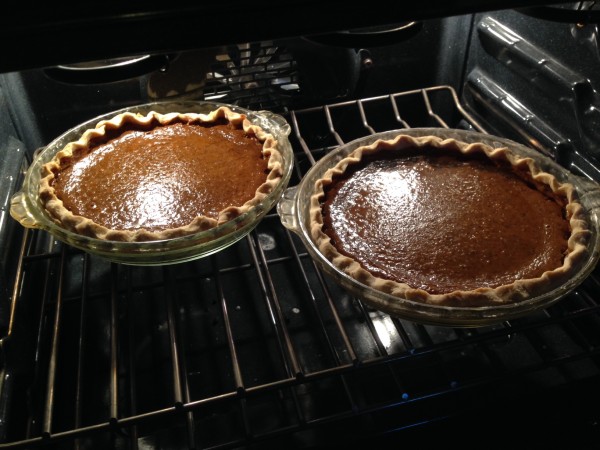 I baked these two pies last night. It smelled so good waking up this morning. 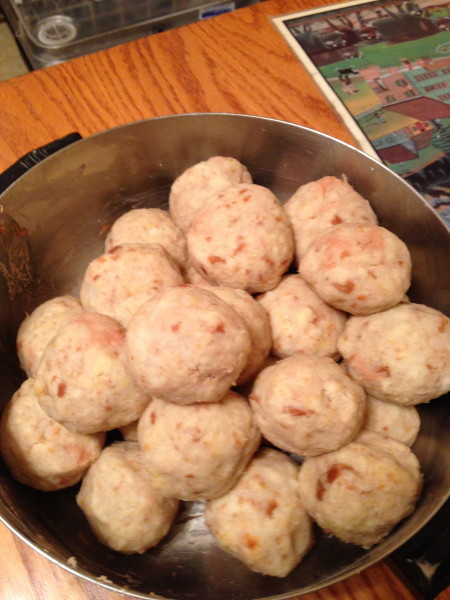 These are knodel from last year’s Christmas. 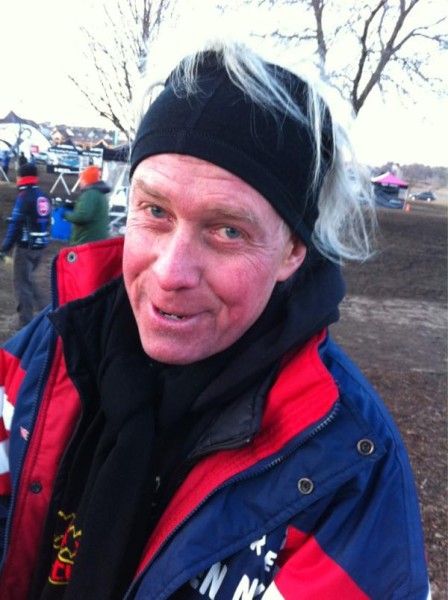 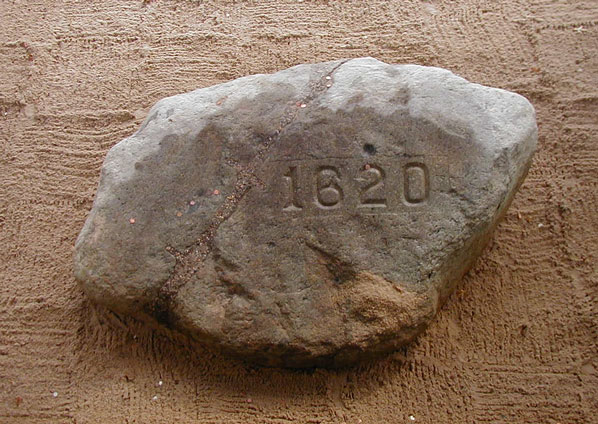 Plymouth rock. I think it has been whittled down through the years. It is only a few feet across.

5 thoughts on “Thanksgiving and Hanukkah Overlap”