Racing bikes means big breakfasts. One of the great benefits. I usually eat breakfast 4 hours before most races. By most races, I mean most US races. And by that I mean criteriums, cyclocross and MTB races. I do this so my stomach is pretty empty for the intense efforts of these races. If I do a longer road race, eating so early isn’t mandatory. But, recently, the past year or two, I’ve been eating closer to the start. Sometimes as close as two hours. I’m not sure why that is, but it seems to be working out, so maybe it isn’t that important.

I like riding to eat breakfast. I started this back when I was in high school. I used to ride over to Lawrence on Saturday mornings and get the .99 cent breakfast at The Good Earth. I did this pretty much most Saturdays with my friend Judy Hudson. I’m sure Kris, Mike and a few others went along sometimes, but it was always Judy and I. It was 60 + miles roundtrip, which seems really far back then, especially in the winter.

A few years later, I was staying in Cardiff California one winter, training for riding an hour record attempt. Once again, there was a Good Earth in La Jolla village. Nearly every weekday morning, Trudi and I would ride the 15 miles to La Jolla, get the .99 cent breakfast special. It was whole wheat/cinnamon pancakes and eggs. After, we’d go down to the cove and watch the whales that were migrating down to Baja, then head back. It was pretty great having 30 miles on my legs before I’d even trained for the day.

I don’t hardly ever eat cold cereal for breakfast. My friend, Glenda Taylor, who grew up on a farm, once told me her mother wouldn’t let them eat cereal until they’d already had some “real food”. That makes sense. Most cold cereal is just a sugary snack.

I like most everything, pancakes, waffles, eggs, all types of hot cereal with fruit and nuts. I drink hot tea in the morning. I’ll drink coffee if I’m going out, but at home, it’s hot tea. Iike English Breakfast the best, but just about any black tea will do.

If I had to choose just one breakfast food, it would probably have to be pancakes. I’ve had the same pancake sourdough starter for close to 20 years. I thought I’d lost it once when I returned from a long trip and the mason jar the starter was in had exploded in the refrigerator. But a few months later, I was helping Keith and Catherine move and there in the back of their fridge was a jar of my starter that I’d given them. I was so stoked.

Anyway, I though of this because I am pretty much skipping breakfast today, just raisin toast. A couple times a week, I’ve been going over and walking Catherine’s mom’s dog, Jason, a little Pomeranian. When I do this, I end up eating lunch with her. It is a full meal deal, more like dinner. I normally skip lunch. I’m usually riding or doing something and just snack between breakfast and dinner. So, when I eat a full lunch, I have to cut back before and after. It’s not a very good trade-off. 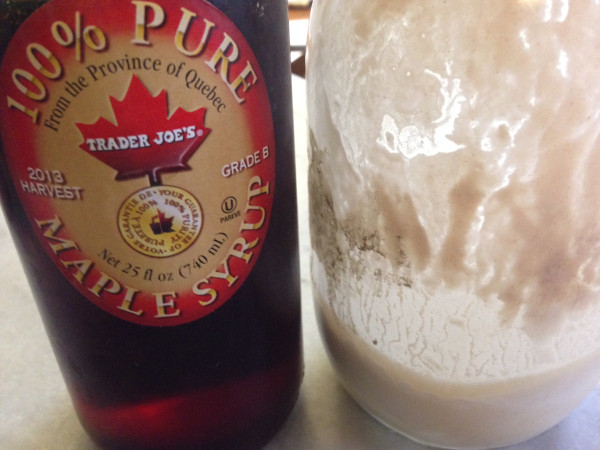 My sourdough starter. I know it looks a little rancid, but it isn’t. I only use real maple syrup. I like Grade B better than A, it has more flavor. 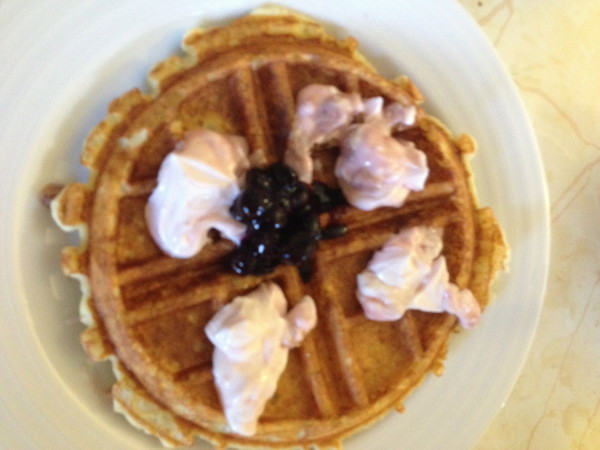 I usually put yogurt and fruit on waffles. 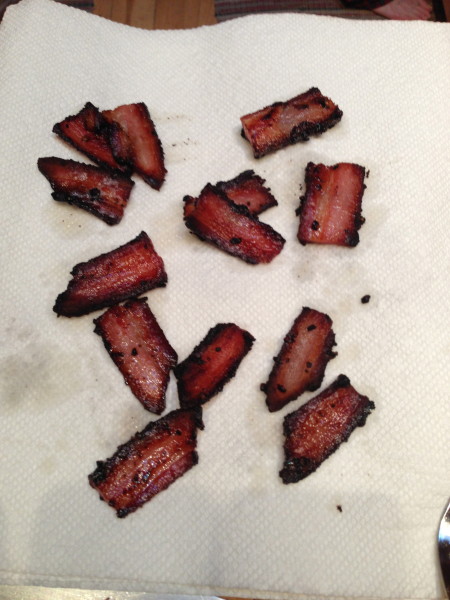 This is the best bacon I’ve ever had. It is from Steve Myrland from Madison. He brough it up to Dennis’ and wasn’t shy about proclaiming he makes the best bacon in the world. He was right. 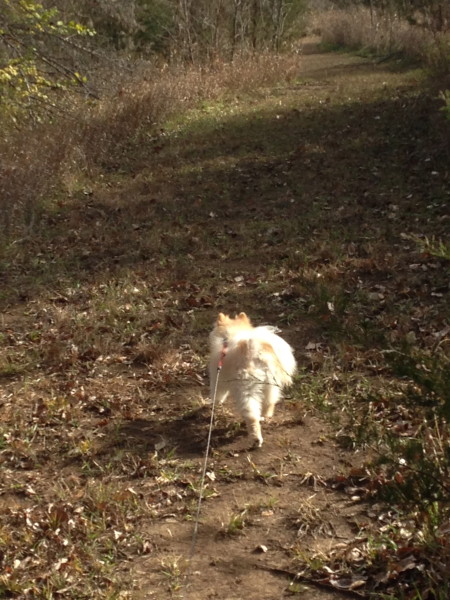 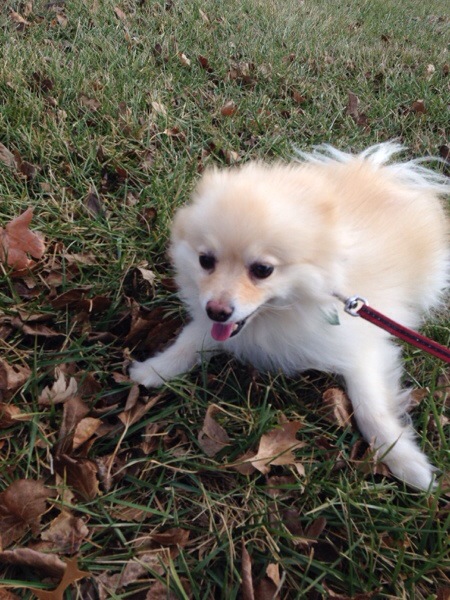