Rick Crawford did an interview with Cyclingnews talking about his situation with the sport of bike racing and his participation in procuring doping products for athletes he “coached”. I’ve already written a post about this. But, it still pisses me off to no end.

There should be no statute of limitations for a “coach” that distributes doping products to athletes. He should have been charged criminally as a drug dealer.

At the end of the article linked above, Scott Mercer, former Postal Service rider and Crawford’s boss at CMU, was quoted “I will say this though: I read a tweet from Danny Pate a while back and I think it said that ‘a half-truth is the most cowardly of lies’.”

I agree with Danny’s reasoning. And I think it is appropriate to apply it in this situation. I think Rick Crawford is telling half-truths. I think he is protecting other athletes he “coached”. Like I said below, what are the chances that he supplied drugs to only two guys that happened to get caught later on in their careers? Very small. Rick got one thing right and I agree with him on this quote – “I do believe I deserved a lifetime ban,” Crawford admits.

Here is my first post, from nearly a year ago, in whole.

You know, nothing really surprises me much anymore concerning doping in the sport of bicycle racing. This Rick Crawford thing isn’t a surprise at all. It was so apparent. It stunk so long ago that it doesn’t smell all that bad now.

Rick Crawford isn’t a bad guy. Whenever I’ve run into him, he is super nice, super friendly, a real hard worker. But, that doesn’t offset the issue that he supplied drugs to guys to race bicycles. Plus, he sat on that information until he got busted, thru testimony, from USADA.

Racing bicycles and taking drugs to do so is one thing, but supplying drugs to the athletes that you train is something completely different. There are no peer pressures there. You’re just not trying to keep up with the other guys that are taking drugs. You’re in it for notoriety and money. Can’t be for any other reason. So, he’s a complete asshole, in my opinion, and shouldn’t be allowed to do anything in the sport ever again. Sorry, but there are plenty of knowledgeable people out there that can help our young riders progress, but Rick Crawford shouldn’t be one of them. He had his chance and threw his chip in. When it comes down to it, Rick Crawford is/was/whatever, a drug dealer.

I find it very hard to believe, nearly impossible, that Levi and Kirk O’bee are the only athletes that Rick supplied EPO to. Obviously, he didn’t have any problem or moral issues with supplying drugs to those athletes, so I don’t understand why it would stop at just two out of ?????, maybe 100′s? Isn’t it so convenient that Rick would “come out and volunteer” the names of two athletes that he helped dope. Levi, the guy that probably ratted him out to USADA, and Kirk O’bee, a rider that has already been suspended for life. He probably should have thrown in Phillip Zajicek, Nathan O’Neil, or even Dewey, to add credibility.

I personally know a lot of guys that Rick has coached. So now, even to me, their names and results seem much more suspect than they did before. They can all thank their “coach” for that. But, in reality, all our results are suspect. It is one of the very bad by-products of this whole doping issue.

I’ve already written about Tom Danielson. Rick was the guy at Fort Lewis when Tom rose to stardom. I know that Rick swears he had nothing to do with Tom. I know Tom confessed, and it is to no ones benefit here, to have Tom’s and Rick’s testimony to clash. Even USADA doesn’t want that. But, come on, seems pretty coincidental. Maybe it’s not related at all, but it seems screwy.

Anyway, Colorado Mesa U* is sending a very bad message keeping Rick around. Hopefully, USAC will step in and give Rick a nudge towards the exit. Maybe, legally, the statue of limitations have expired for any sanction by our sport, or legally, but I’m sure that the head guys at our governing body have enough pull to help set a standard here of no tolerance. Especially by the guys/coaches supplying drugs to the athletes.

Interesting that no one is talking about what happens to a young American rider going to Astana, a team rife with lots of sketchy history w/ Vino and Bruyneel etc. Do we want our young riders on this path… NO! Evan should be in college still, maturing, learning, developing a wisdom base, and racing. This fast track has been the doom of many a prodigy. And we need to examine the entire devo system. There is a fine collegiate cycling establishment… it’s clear to me this is the future. It’s more important to develop good educated citizens than to put our young people in lucrative contracts before they are mature enough to make good decisions with absolutely no safety net. I’m sure Evan is super ambitious, scared, and excited… he’s in the frying pan now. This development path needs to be more structured with the well-being of our youth in mind, rather than the tool of a corporation and/or corrupt gov sponsored team. 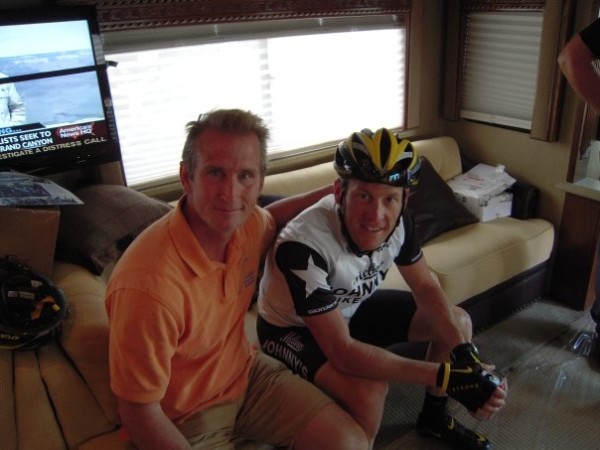