I’ve spent more than my share of time with doctors over my lifetime. I was an accident prone kid. Fell out of trees, hit by cars (a taxi cab actually), ski accidents, bike crashes, you name it, I did it. Lots of broken bones, a couple surgeries, and stitches galore.

I thought I wanted to grow up to be a doctor. I liked the whole feel of an emergency room, the tension, electricity. I prided myself on being brave.

Cycling sort of took over that dream. Now, years and years out, I don’t regret it at all. I think that being a doctor is a very, very difficult occupation. Something that overwhelms your life at least, probably more, than bike racing does.

Anyway, like I said above, I think being a doctor is difficult. Difficult for many reasons. The years of education, the hours, the pressure, stress and responsibility for people’s health.

But the main reason, I believe, that being is a doctor is difficult is because we, as a species/humans, don’t really know much about how we function physiologically. We are really in the dark ages of medicine. Diagnosing obscure diseases is very, very difficult.

I know some of you guys will disagree with me here. I have witnessed doctors do amazing things personally, almost godlike. And I have many good friends that are doctors. But, when you look at the whole occupation and all the knowledge people know about themselves, we really don’t know jack about how humans tick. Or any animals for that matter.

Look at this Shingles diagnosis I have. I’ve never really signed off on it. But, I’ve talked to four doctors and all say that I have Shingles. They all agreed that there wasn’t any other illnesses that all the symptoms point. But then I did a blood test yesterday and the IgM number didn’t indicate that I have the Shingles virus. I know viruses are hard to pinpoint, but I’m just sayin’. I’m still taking the antiviral and antibiotics, but I really don’t think I have Shingles.

The same with my shoulder injury this year. They went in there and screwed anchors into my arm bone and tied the tendons back onto my arm bone with string. Doesn’t that sound kind of primitive? It seems that way to me. You’d think by this point of advancement in medicine, they would have a much better way of attaching muscles to their original positions than tying they back down with string.

When I get hurt or sick, unless it is major or urgent, I tend to just sit and wait it out. Most injuries I will wait weeks until I don’t think I’m healing. That is because a high percentage of the time, the body will take care of itself.

If you’re a doctor, don’t take this as a slam. I realize we’ve come a long way since the Civil War. But, we haven’t progressed enough for me to have confidence in about anything going on with medicine. Sometimes I wish there was a good witch doctor around to go to every once in a while. 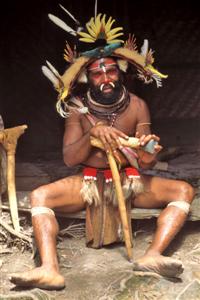 There aren’t enough of these guys around when you need them.

My bloodtest results from yesterday. 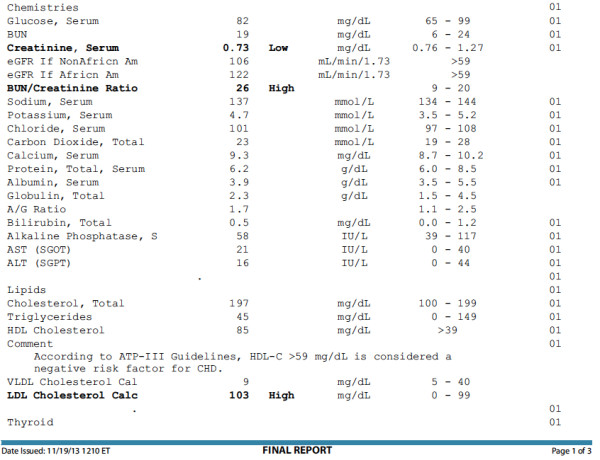 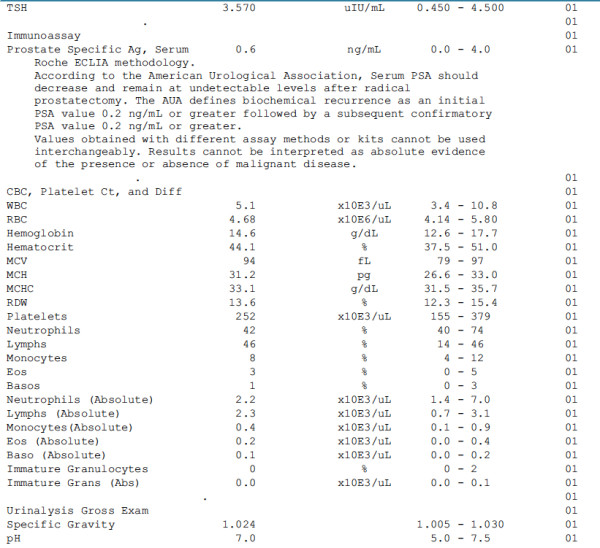