I’m sitting here in my kitchen, here in Topeka, the wind is blowing close to 30 mph outside, and I’m wishing I was up in Iowa City watching the Jinglecross races this afternoon. If my butt didn’t hurt so bad and I thought I could suffer through the 7 hour drive, sitting, I’d still go. A few of my friends yesterday asked me why I’d want to drive that far just to watch a bike race. Their rational was that I go to bike races virtually every weekend of the year, so why go so far out of the way to just spectate at another one.

My answer was easy. I learn bike racing when I go spectate. Especially at higher level cyclocross events. Jinglecross is a great venue for spectating. It has enough technical areas, especially in the wet, that it is easy for me to learn by watching others race the course.

I’ll give you a really good example. A few years ago, at the Jinglecross, the course was super slick from an overnight snow that was melting. The race on Sunday was run clockwise and there was a run-up next to the bleachers and then a super muddy, off-camber section across the top of the bleachers, back down to a field. It was super slick and very technical.

I went over there, before the women’s race, with Bill, and tried it a few different ways. Both Bill and I were having a really hard time staying on our bikes for the 150 meters of slick mud, even though it was downhill.

Then the women’s race started and we had to clear the course. I was interested in seeing how the women’s field was going to handle the section. Amanda Miller, who is considered a local from Iowa City, even though she’s not really from there, was leading the race. She had only come to Iowa the day before and had finished 11th on Saturday. Anyway, she slogged up the long, muddy run-up and kept going up to the very top ribbon, way above the bleachers. She calmly remounted her bike and rode the whole section without incident and came out onto the field with a huge, beyond huge lead. She won the race by miles. She made the section look like it was dry, she rode it so smoothly.

So, I saw and knew that the hill was doable. I’d finished somewhere in the top ten on Saturday, maybe 8th. In the men’s race, I got a good start, ran up the hill in the top 5 and took Amanda’s line. Todd Wells and Ben Jacques-Mayne were both on “her line” too. They both cleaned the section, I did too, but had used all the real estate of the course, to do it, but when I came out on the field, after only 1/4 lap, I was in 3rd, with maybe a 20 second gap to 4th. I ended up finishing 3rd that day, which was better than my fitness warranted.

I ran into Amanda after the awards and told her the reason the I’d finished 3rd was because she showed me the line when she was racing earlier. She said that she hadn’t pre-rode the course at all, but a friend that raced a Master’s race in the morning told her the line and she just went with it. It sort of blew me away.

The “winning line” I was riding was the line of a local Master’s rider that happened to tell Amanda was good. And she just took his word for it, did it, then I mimicked it, and that was the reason I finished 3rd. Amazing.

I am a student of the sport. Watching on the internet, watching in person and especially during the races themselves. Cycling is a sport where you can never possess enough knowledge. It’s a constant learning experience. It’s one of the best aspects of the sport. 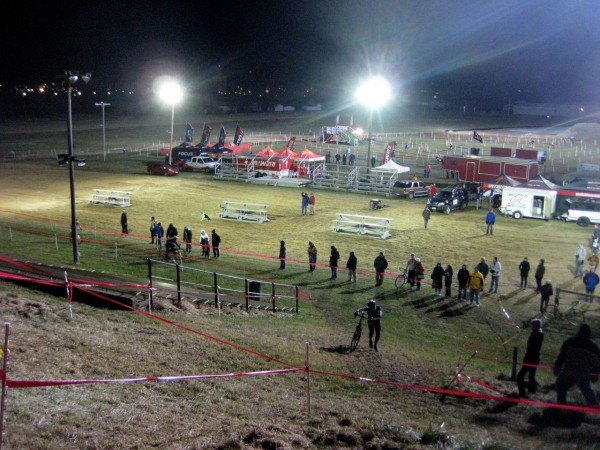 This is the hill, the course went up by the bleachers turned right and then descended on the off-camber hillside. 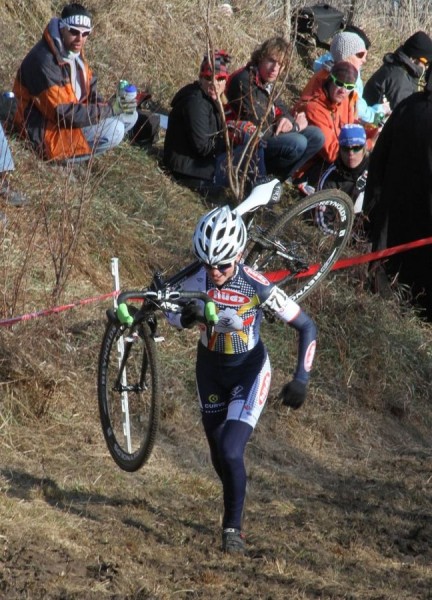 Amanda, in great form, a couple years back, running up Mt. Krumpet.

5 thoughts on “Student of the Sport”