Yesterday I had a blast. I was fortunate to get invited down to Dallas to help out with a women’s specific cyclocross clinic. And it was very energizing, motivating, and fun. Jeff Lucido and Bryan Fawley, of the Texas Cross Syndicate are really doing their part to grow this sport. I know that there are hundreds of people around the country, maybe 1000’s, putting a ton of effort into cyclocross just because. These guys have a permanent course set up that anyone can use anytime. They put on a night time race every Wednesday, the W.N.X., until the weekend before Thanksgiving. They are drawing close to 200 riders now. 3 years ago Bryan said he got 28 guys. Pretty great.

There were a lot of women there. I’d guess somewhere around 50. A ton of varying abilities, which was to be expected. Everyone seemed pretty interested in helping each other, which was great too. Anyway, I never cease to be amazed how rewarding helping others learn can be. Especially learning something that I really enjoy. It was really enjoyable watching virtually everyone get better. That is one great thing about cyclocross, improving on technique is easy because it is so difficult to master.

The afternoon turned into the early evening. After the women’s clinic, we did a little spur of the moment men’s thing. There were only 10-15 guys, a much more manageable group. And most of the guys race the Wednesday night races, so they were a little more experienced in general. At the end of the clinic, we did 4 or 5 hot laps. I haven’t really ridden moderately hard off-road for a while, so it felt fast at first, but after a couple laps, seemed pretty reasonable.

Anyway, it was all good. I was staying really close to the course, with my friend Sue, at her mom’s. It was so convenient, easy and greatly appreciated. It isn’t all rosy though. In the middle of the night, last night, the satorious muscle on my left leg cramped harder and longer than it every has before in past history. I was really worried that it wasn’t going to ever release for a moment. Guess I’m not in any kind of shaper for cyclo-x, which isn’t a surprise to me.

I’m on my way back up to Kansas now. I have a couple things to finish up in the Walberg’s bathroom tonight. Then I need to figure out the rest of the fall. I’m itching to do a race, even though I’m no where near race fit. This season has been pretty strange to say the least. 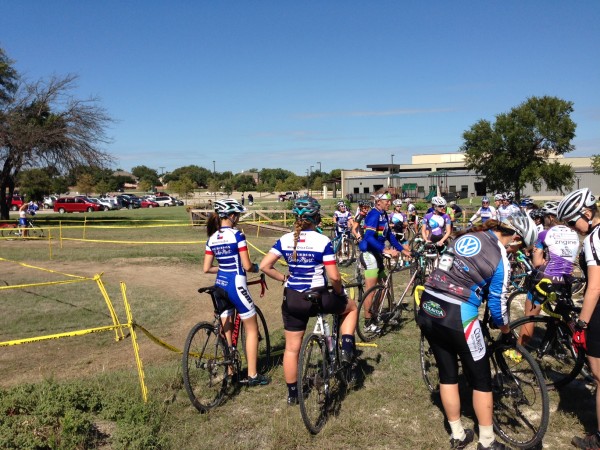 Sometimes it was a little hard to communicate with everyone. 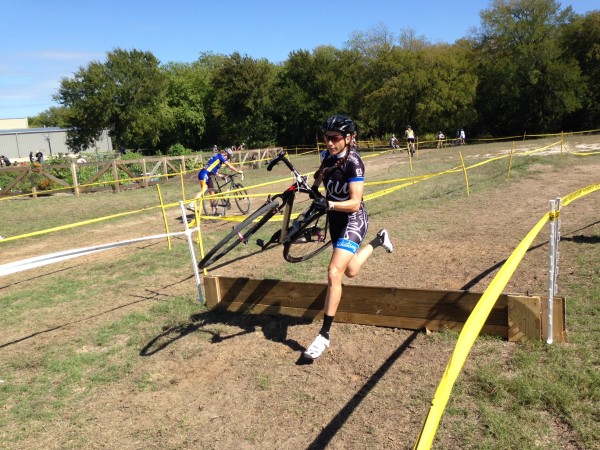 Showing how it should be done. 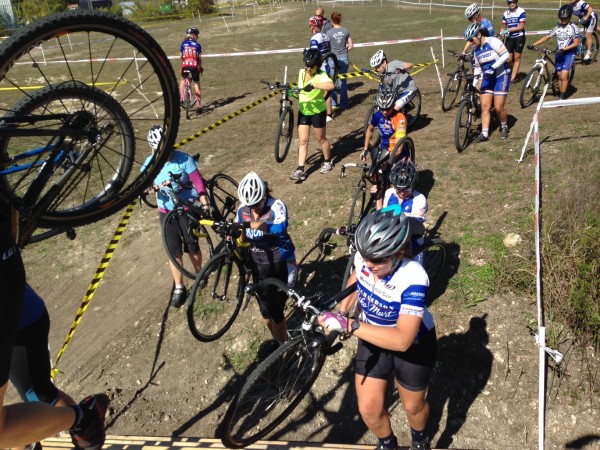 Jeff and Bryan built some new intimidating stairs. They weren’t that popular. 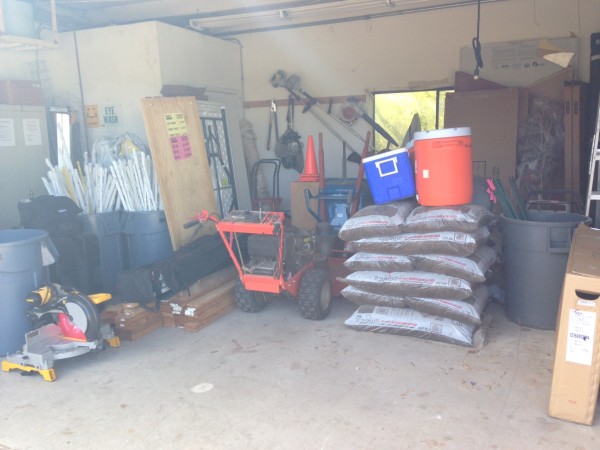 They have a dedicated Morton building where they can store all their supplies. 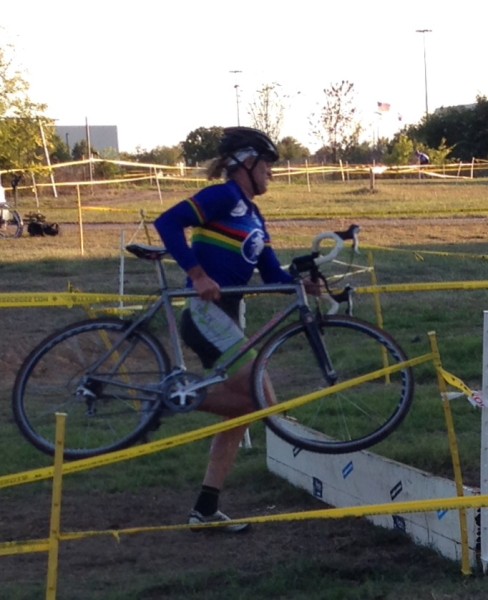 During the mock race, it took a little while to get back into the swing of things, but it felt okay after a bit.