We’re heading back to Kansas today sometime. It is easy to just hang here and it doesn’t come close to feel like you are wasting your days away even though you’ve done hardly anything productive life-wise. The last two days I’ve ridden singletrack for a few hours. My Garmin doesn’t seem to keep accurate track of the mileage or the speed under the tree cover. It is a 800. Supposedly a women was riding with a Garmin 510 on the metric 100 race yesterday that finished in Cable and she had 62 miles, so she obviously didn’t miss much. Maybe a 510 has better satellite reception.

Like I said above, there was a 100k or 100 miles singletrack bike race going on. I didn’t hear about it until the Friday night and had done close to 50 miles of singletrack. I’m not sure that my shoulder or thumb could have done twice that mileage. Plus there was a Birkie Trail Marathon happening. Along with that there was a 5 km trail run. It is amazing the amount of competitive events they promote here. It is great because it is a very user friendly place and has an incredible infrastructure for silent sports.

This morning is pretty jammed media-wise with things to do. The F1 from Malaysian is live on TV and the World’s Team Time Trial is going right now. Click here for Cyclingfans.com. The Specialized Women’s Team won the women’s event. I’ll probably go for a walk in the woods instead.

It is going to be a short turn around in Kansas. I have a doctor’s appointment in Louisville on Wednesday with thumb surgery scheduled on Thursday. I have a ton of things that I need to do that involves my right thumb before then, so there isn’t going to be much downtime. But, in theory, if this all goes good, I might be able to salvage some sort of late cyclocross season, not that it is a huge priority at this point.

Okay, I’ll try to get back to more real bike racing stuff next week. This fantasy life up in the woods is something better experienced in person. You should put it on your bucket list. 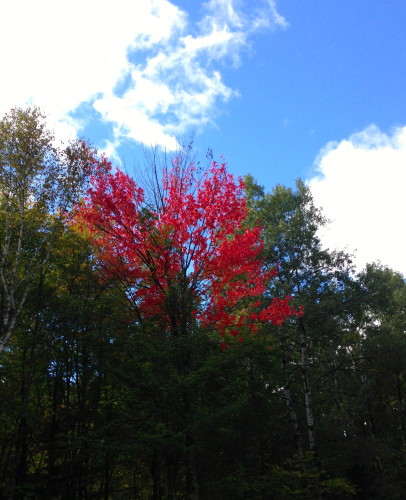 The trees are just turning here, which is pretty late for this area. 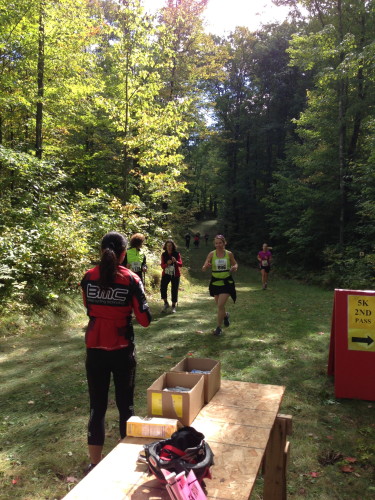 Dennis was doing a feed station at the run and Trudi ended up taking over. I guess she felt a little withdrawal not having worked in nearly a week. 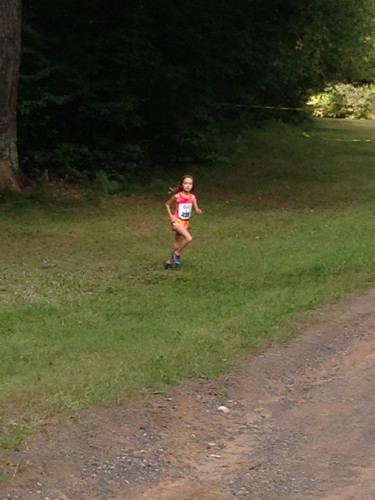 This little girl was haulin’ on the 5 km. 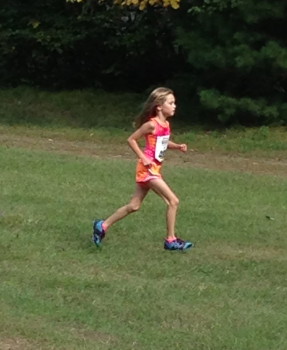 She couldn’t of weighted more than 50 pounds. She is built for speed. 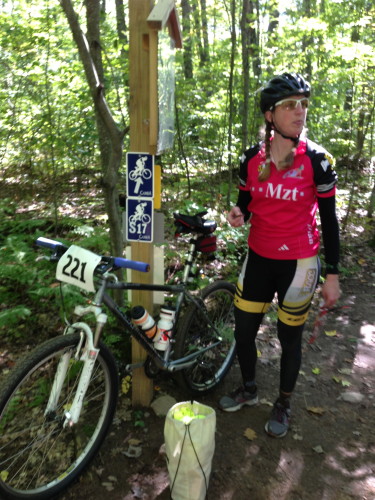 Bill and I met up with this woman out in the wood’s. She was eating beef jerkey and looking at a trail map. She had about 50 psi in her tires and was riding nylon toe straps. And using a shoe bag for a gear bag. But she was having a blast. This was her first foray into MTB racing. 100km of singletrack, go figure. 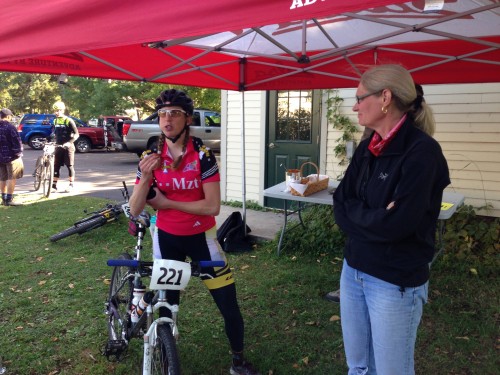 And here she is at the finish. She had taken a couple alternative routes, but rode 8 hours. She said her hands were pretty sore. Not much into complaining. 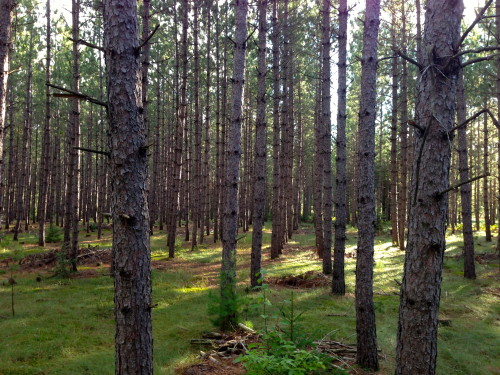 I like repetition in things, especially in nature, even though a tree farm might not be considered nature by some.

6 thoughts on “From Northwoods to Oz”