Yesterday was the Source Endurance cross clinic in Kansas City. It was great. Good turnout and people. The only problem was that it was really hot. Like over 100 degrees hot. Standing in the sun for 7 hours isn’t something that I’m trained for. I felt pretty good the whole time while doing it, but was zonked when I got home. Bill Marshall was throwing an after clinic BBQ. His evite acceptance said something about bring your liver. I can’t imagine how I would be feeling right this moment if I somehow had the energy to drive back there.

This morning I’m going to ride my MTB back East, over to Lawrence and back. It’s is supposed to be a record heat day, over 100, with thunderstorms in the afternoon. Great. It is the last long day of training before Chequamegon. We’ll, maybe not the last, but the last here in Kansas. I’ll most likely ride the whole Chequamegon course sometime this next week. I’m thinking about heading up there on Tuesday, so Wednesday would be the day.

Trudi is leaving the Tour of Alberta before it ends today, flying to Albany New York, picking up a BMC car and then driving back to Montreal to pick up the riders that are flying from Edmonton. Talk about a logistic nightmare. So, she has a long travel day ahead. The BMC team has been doing pretty well in the race, with Brent in 2nd and Cadel winning yesterday, so that is good for the morale. She just has another week to work and then is done for the season. She’ll probably need a couple weeks of sleep before she can function properly.

Okay, can’t spend all morning all the computer. Have to mess with my bike a little and get ready to ride. 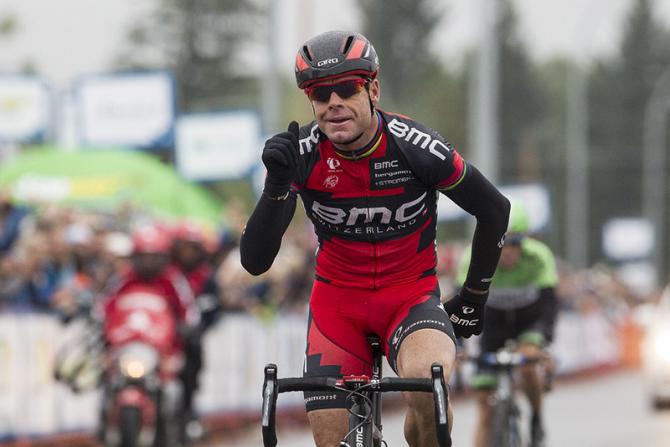 Cadel maybe hasn’t won a race in a while and was a little exuberant. I guess he was doing a little Peter Sagan at the finish. 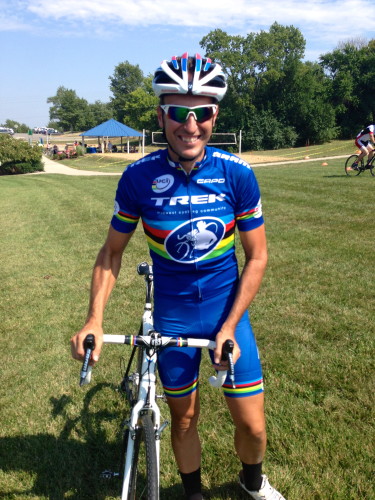 Mark Savery wearing his World’s kit which he earned in Louisville in February. 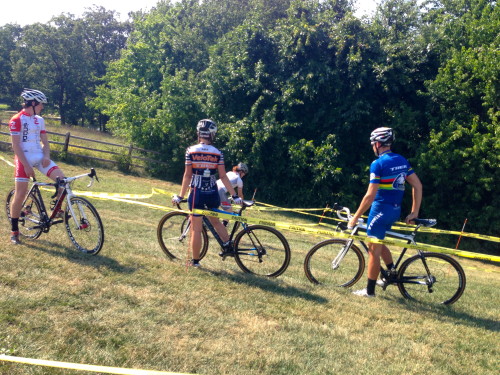 Here is Zach McDonald and Mark instructing cornering in the heat. 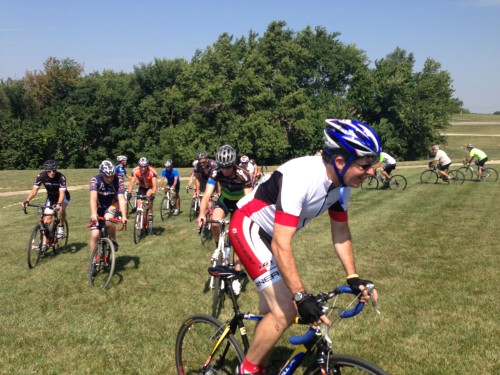 This was a circle of death or something. Everyone rode around in a circle as the instructors stepped in and made it smaller and smaller. It was so riders got used to riding in close proximity to each other. Fun. 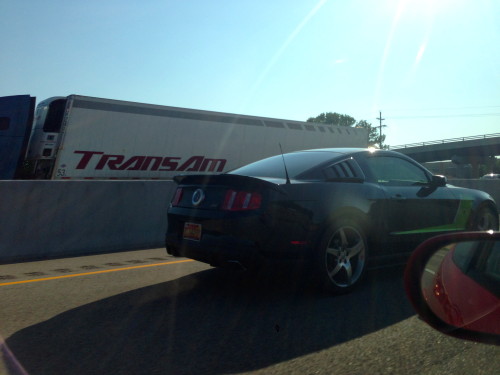 Anyone know what kind of car this is? I could look it up on the internet, but thought someone would know here. I know it is a bad photo, but the sun was at the wrong angle. The license tag was RS540HP.

11 thoughts on “Standing is Harder than Riding”