I think one of the reasons that our society is having some issues is that we are always worried about getting scammed. Now that the internet is prevalent, we see it much more often. This makes us apprehensive when strangers approach, in real live and /or electronically.

I don’t worry about it too much. I put my name and address, plus phone number on my resume on my website. I’d rather be accessible than worry about the negative consequences of the action.

But saying that, the guys doing the swindling have step up their game. I wrote something last week about things coming in 3. Here it happened again.

The first one was the most perplexing. I’ve been kind of keeping a lookout for an AWD Sienna minivan. I’ve had a couple AWD Caravans, but Toyota is the only company making a minivan AWD now. Anyway, I looked on eBay and there is a 2009 with 40K. It shows a bunch of pictures and then says at the bottom of the description that 13K with buy it today. So I email the guy and ask him where it is and if that is true.

It takes a couple days and the response is that yes, 13K will by it. And he says it is in Topeka. I’m thinking, that is too weird. Then I get the normal letter than the guy is in England and that an eBay agent will meet me with the papers. He says the van in stored in his garage here. So, I knew it is a scam, but, I kept going, just to see what was up. I was getting the guys name on his email, Jeremy Stone. It was a Topeka-like email address, a Southwestern Bell internet address. I ask his address and he gives it to me.

I look the address up on Goggle Maps and can see there is a window in the garage. I decide to drive over there just to see if there is a .0001% chance this could be legit. I get there and the garage door is open. And there is sitting a AWD Toyota minivan. I think, man, this is too weird. There is a guy in the driveway and I ask him if he is Jeremy. He says that Jeremy isn’t there, but his wife is. So, the guy goes into the garage and knocks on the door and a nice woman comes out.

I say hi and explain a little why I’m there. She assures me that her minivan isn’t for sale. I show here my phone with the eBay auction and then the emails from supposedly her husband. She asks me to see the email address and says it isn’t his.

So, the guy on eBay, somehow can track my eBay name back to me living in Topeka, that isn’t such a big deal. But after that, he goes and gets a Topeka email address and then assumes the name of a real person that lives in Topeka that has the same color and model Toyota minivan. I have no idea how he even gets the van’s information. It seems like really a lot of trouble. I’m not sure how much money he planned or did receive. There was a $500 pre payment. Maybe if he had 20 stupid guys on the hook, he ended up with $10,000. But he would have to get 20 different email addresses and then find 20 AWD Toyota Sienna minivans. Seems pretty elaborate.

The next two were just the normal weird emails. One was that I had a up coming trip, but it was sent from Southwest. Maybe Southwest just screwed up, but it looked real. I have a flight from Las Vegas to Columbus Ohio on August 29th. I’d have to get to Las Vegas to make it though.

The last one was from one of our military guys. It’s below. I decided to respond, just for fun. I never heard back, boo.

Anyway, we are all getting bombarded continuously, hearing about these schemes and frauds constantly, it makes us less approachable, less friendly. When my doorbell rings now, I always think it is a weird guy trying to sell some left over meat or something. (All my friends just walk in.) I guess as our world gets smaller, mainly through electronic advances, we’re all going to be subject to more of this. I just hope it doesn’t get too much more sophisticated or guys like me will be in trouble. 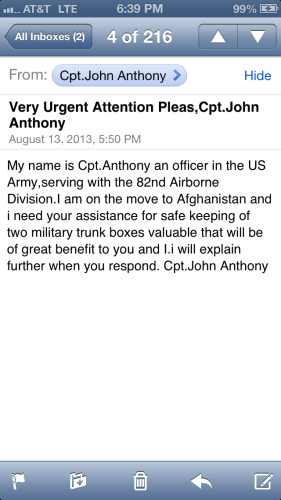 From the military guy. 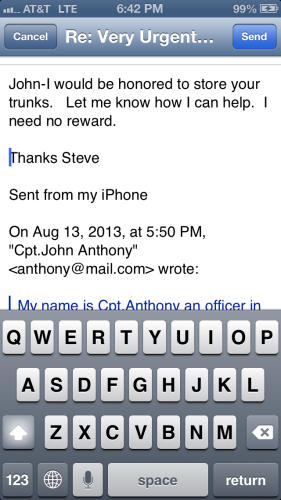 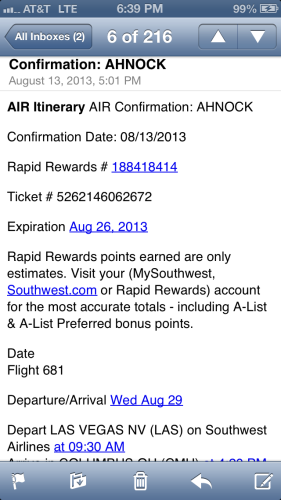 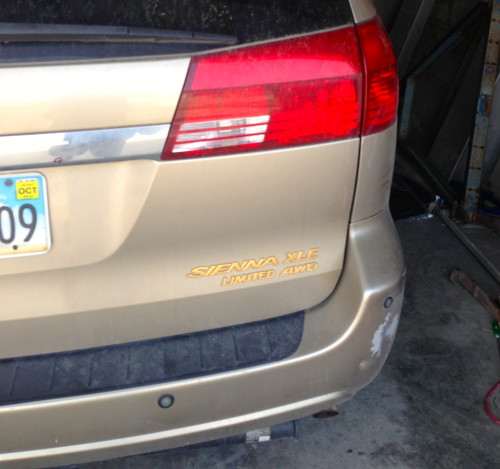 The van in the garage. 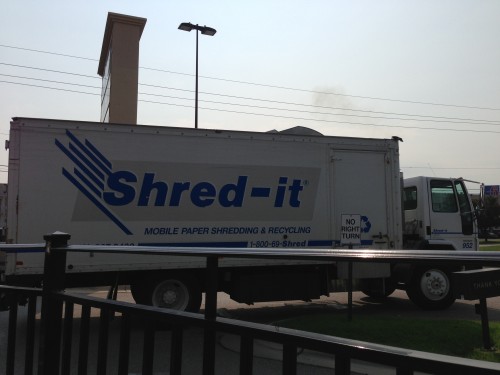 I saw this truck after all this. We are so paranoid that we have big trucks rolling around that shred our paperwork.

7 thoughts on “Scam and Swindle”