A good friend of mine is back in Topeka helping his family sort through some of the recently deceased brother’s stuff. Ed is from El Segundo California now, but was originally from Topeka. Ed Bauman is pretty much responsible for me racing bikes. He was interested in bicycle a few years before I got into it and worked at the new bike shop that sold European bikes when I was just a young teenager.

Ed was going through his mom’s attic and pulled some old bike stuff that he had stored there out. Most of it isn’t really that old, 1970’s. But he did have a late 1800 bicycle. It’s a Pope from the 1870’s or 80’s. It is really in pretty incredible shape considering.

Anyway, here are some photos of some of the stuff. I have a full basement full of stuff like this, but it is always fun to look at it. 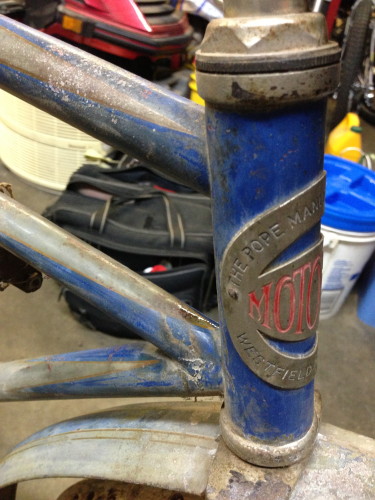 The Pope has its original paint and the frame is pretty rust free. 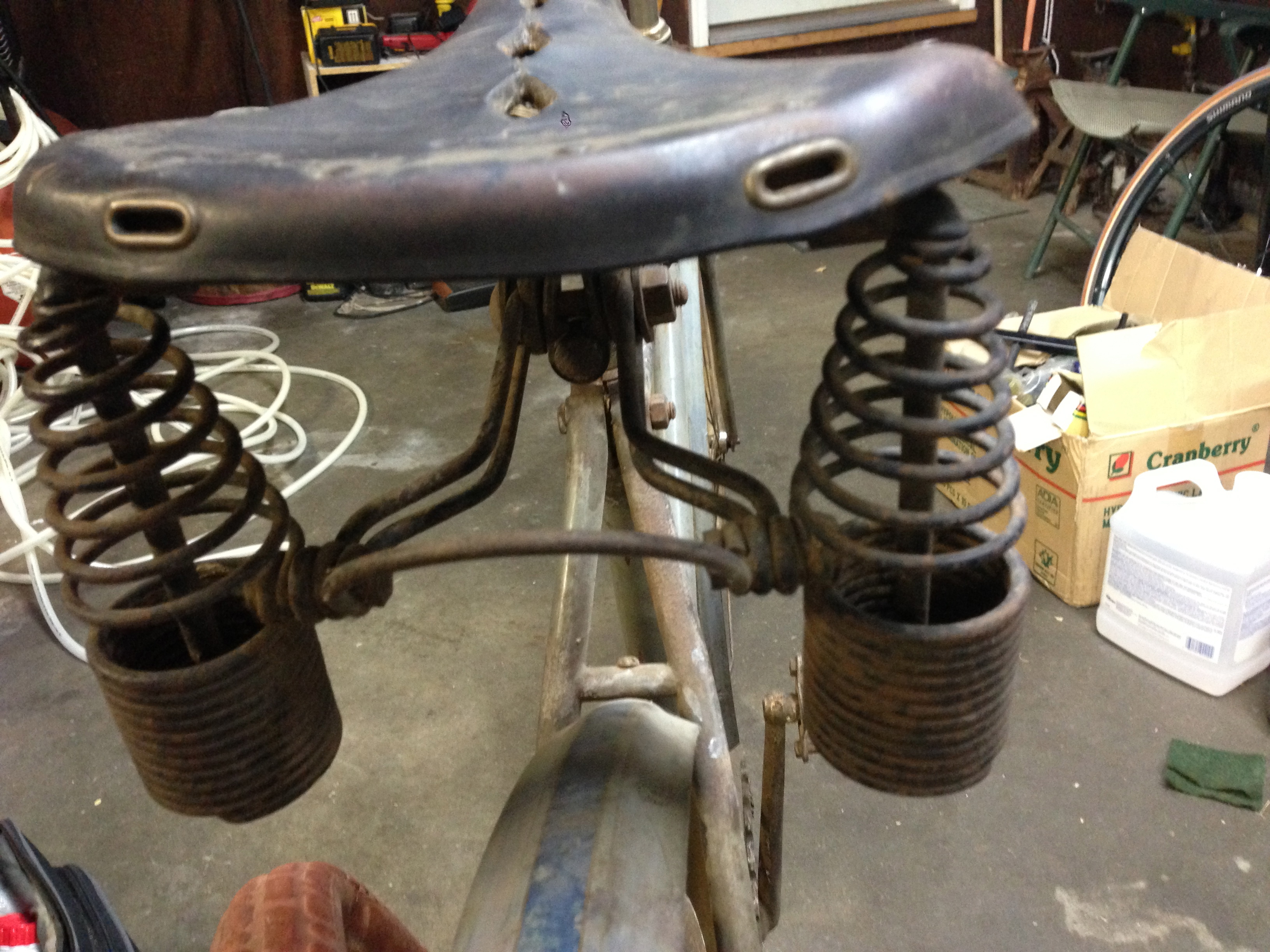 The seat of the bike is pretty wild. 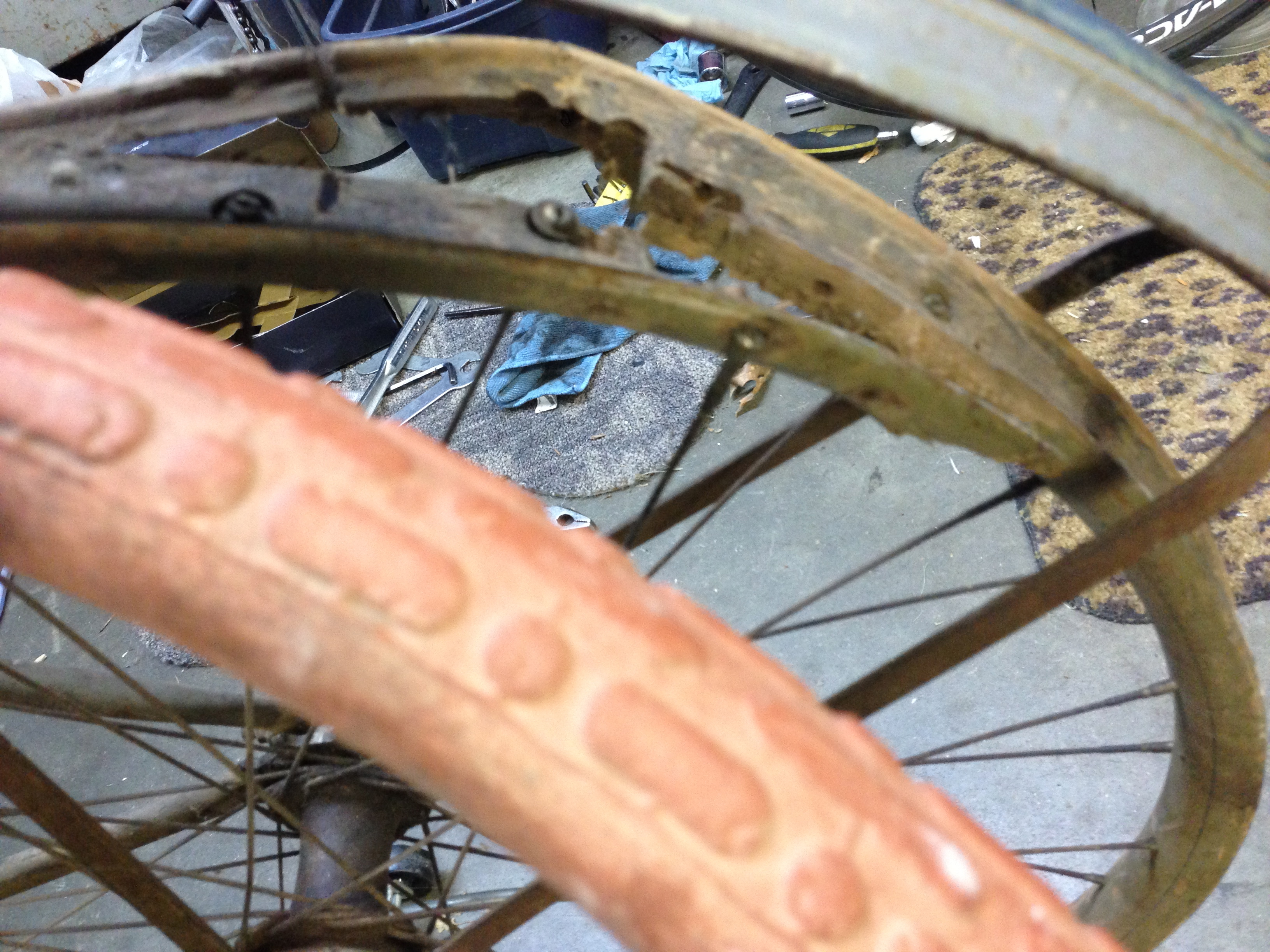 One of the wood rims is toast, but they are sewups and this is the original tire. 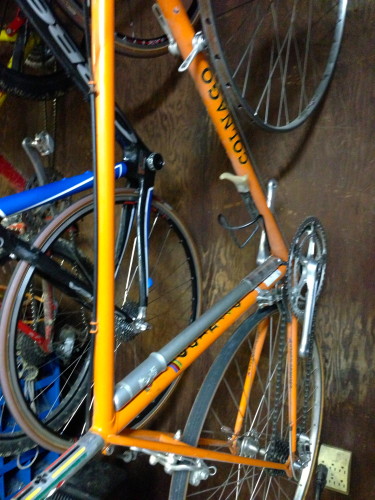 He also brought over his Colnago from the 70’s. 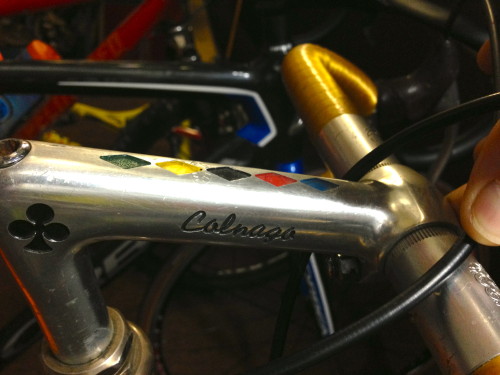 They don’t do this much anymore. 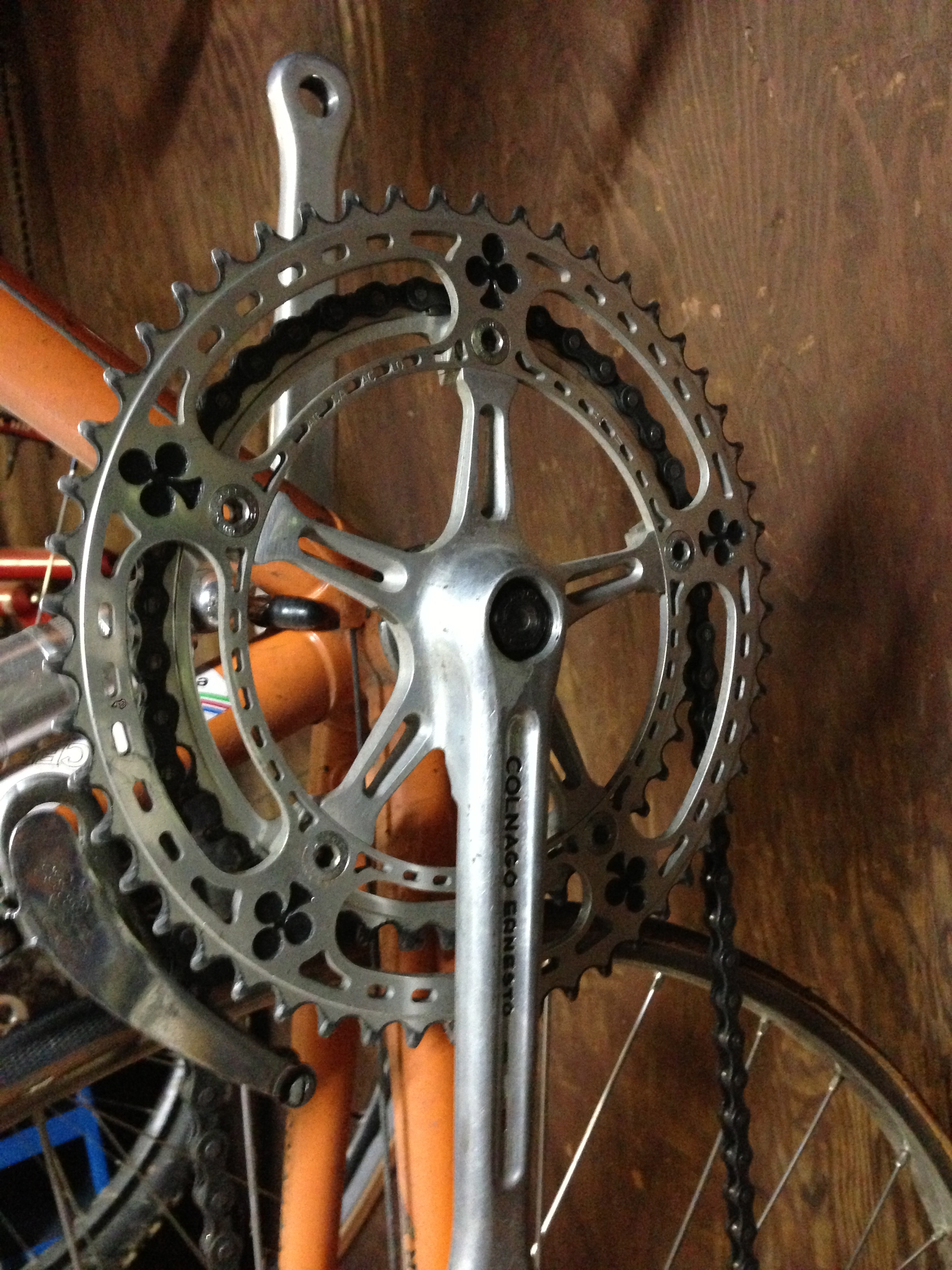 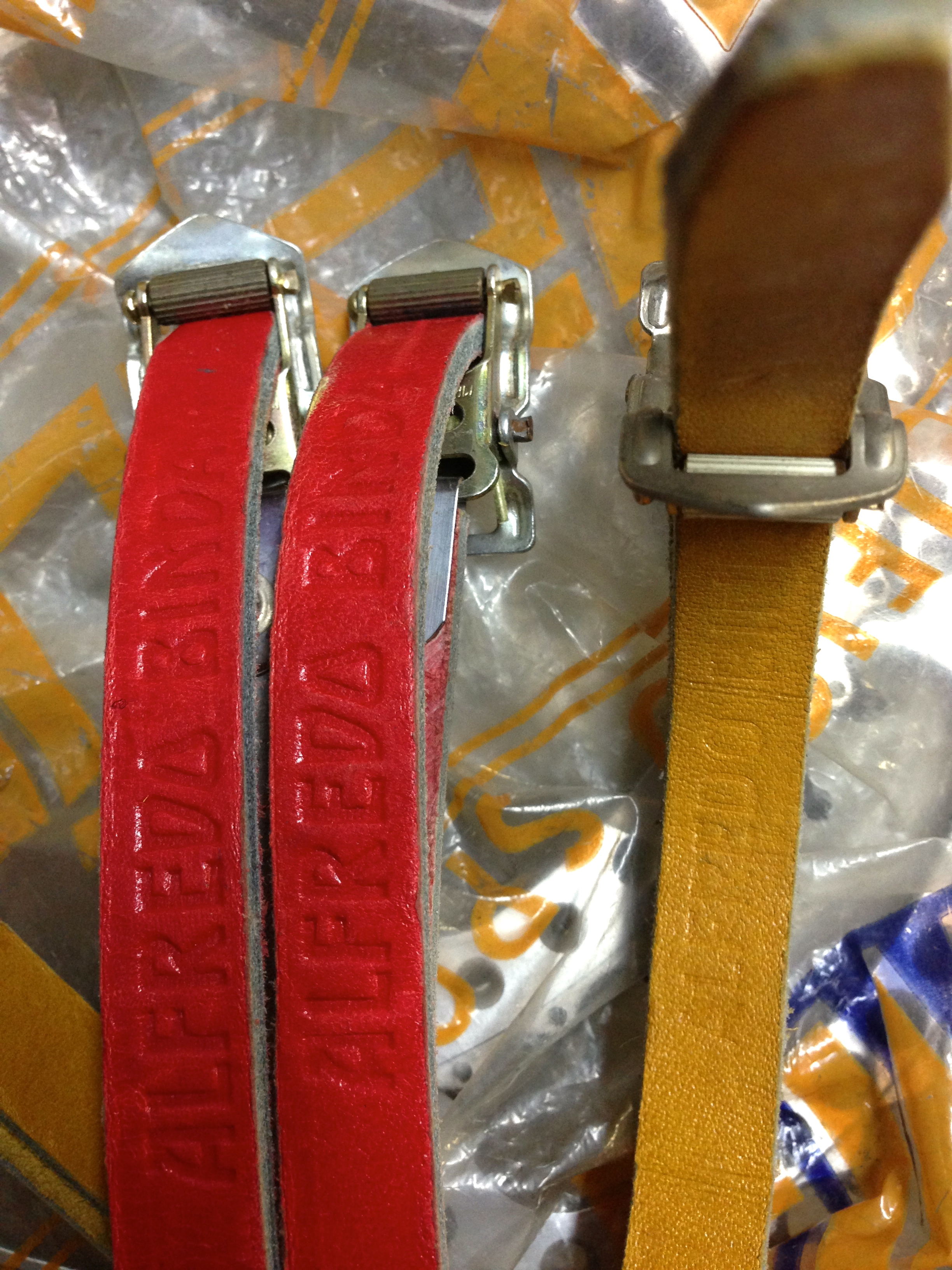 Here’s a couple pair of Binda toe straps. They aren’t Binda Extras though. 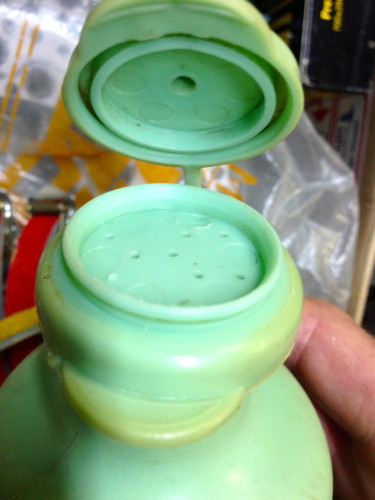 This is an old Italian water bottle with a 2nd lid for spraying. 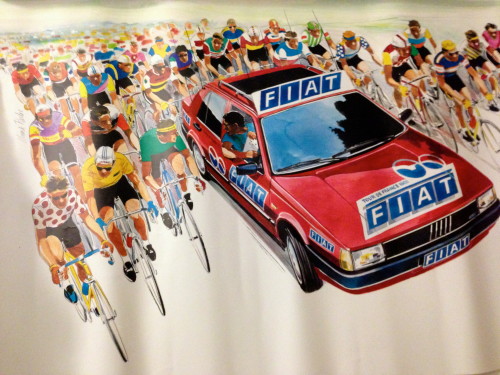 Here’s an old poster from the Tour de France. 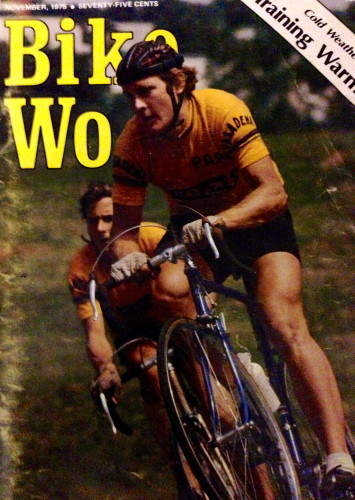 And a Bike World magazine with Wayne and Dale Stetina on the cover.

7 thoughts on “Some Old Cycling Stuff, Some over 130 years Old”