The Tour of Utah begins in less than an hour. Here is a link for the Tour Tracker, which begins streaming pretty soon. The race looks to be pretty hard this year with over 40K vertical feet of climbing in less than a week. As much as I hate it, I have to pick Francesco Mancebo to win this year. He doesn’t have the greatest team to support him, but there really aren’t a ton of other pure climbers in the race. I hope I’m wrong. 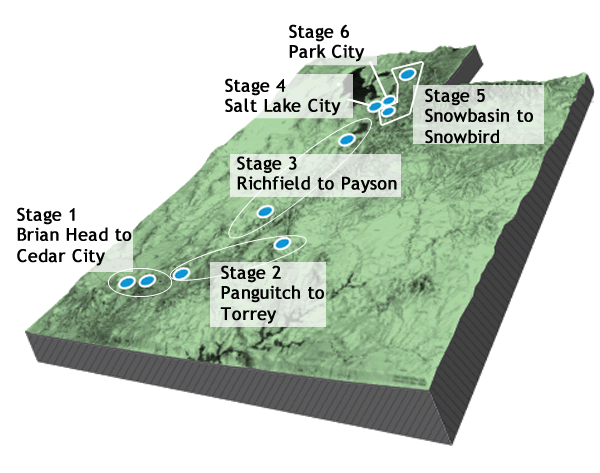