Bike racing is a funny thing. You do all this preparation for a competition and then when it is over, the competition itself might not be the most memorable part of the trip.

It takes a ton of preparation and time to get to a bike race. Even just a one day criterium. The training is just one thing, but if you add in all the extra time to work on your bike, glue tires, etc. it is amazing how much time it takes. Race day takes more than a day sometimes, as yesterday did.

Leaving early for a race is never easy until you get a couple hours down the road. After you get 100 miles or so away, then it seems that the early departure time wasn’t so bad. Bill and I were going to race twice, so we needed to stop on the way up to get some food. I’m not sure what the deal was, but there were a ton of people traveling on I-35. We exited 3 times and stopped at McDonalds, only to walk out after seeing dozens of people waiting in line.

I sort of feel like a cherry picker riding a masters race. It really doesn’t give me much satisfaction. It doesn’t matter if it is a local criterium or the World Championships. I hardly ever do masters races because of that. I do race them if I feel under raced and that it will add to my future form. It is strange, but many times the master’s race is harder than the Pro 1/2. That was the case in Des Moines. It was probably me, I wasn’t warmed up and firing on all cylinders. I did have a faster average speed and higher wattage output for the 30 minute masters race, so maybe it was just harder.

I got into an early move, along with Bill and just tried to keep it going. It finally got down to 4 of us, then 3 at the end. I was trying to help Bill at the end, but the best he was going to get was 3rd. I won the race without doing too much damage. At least I didn’t think I did any damage, but when I sat for a few minutes, my lungs were mildly toast.

We had 4 1/2 hours until the 1/2 race. So we sat around for an hour and then went for an hour ride. We found a bike path along the river and road. It was the best part of the day for me. I really liked just riding up the bike path, through the woods, watching what “regular” people were doing on their Saturday. I enjoyed doing what they were doing too, also knowing that I was going to get to go back to the Capitol and race again. I got the best of both worlds.

The Pro 1/2 race went just alright. My chest isn’t that great. If it doesn’t get better by Monday, then I’m going to go and get it looked at. I’ve hurt ribs a few times, but this is different.

The course is very hard. It is pretty much just up a hill and down a hill. I need the intensity, but was kind of lagging. I did feel like I was climbing okay, but it always took me about 1/2 way up the climb to get up to speed.

I only made a few mistakes. I bridged up to a few moves that I thought were dangerous, but ultimately I got into one move too early. That is a classic mistake. I hate it when I am the reason that a break succeeds. You never want to be that guy or in that move. But, you never know you’re in that move until after.

So two guys, Lee Bumgarner and Spencer Oswald took off and then Matias Perret made an awesome effort to bridge to them. And it was over. The 15 or so guys left in the field were pretty much done. I wasn’t really done, but there wasn’t anything to do.

Skip to the end. The 3 guys went around and lapped us on the short circuit. They came into the field with 3 laps to go. That should have taken the lap cards to 2 to go. We rode one lap and expecting to see that last lap and get the bell we saw 2 to go and the announcer saying that the break was on the last lap and the field had two to go. No bell.

So there was a lot of confusion in the field. I figured that the rule that everyone finishing on the same lap would apply, so decided to sprint the first time too, along with about 1/2 the field. I finished 2nd in the field, but the announcer said to do another lap. So, we rode another lap and sprinted again. I kind of screwed up the sprint, started too far back and finished 4th the 2nd time. So I figured that I either finished 5th or 7th. I went over to look at the results and I was listed as 8th. I didn’t really care. It was all the same to me.

I did feel badly for the guy that won the first sprint. He didn’t sprint the 2nd time and didn’t get any $$$. He should have finished 4th.

I rarely run into this situation much anymore. I was there to race, not to win prize money. That is usually the case, but here my results didn’t matter. Lee Bumgarner won again. I think he has won around 16 races this season. Pretty stellar. I won of loved to be in the break, but missed it. Lee goes downhill way better than me. I was climbing good enough, but that wasn’t good enough. My ribs felt much worse than I had anticipated, but my form was better. That is always nice. 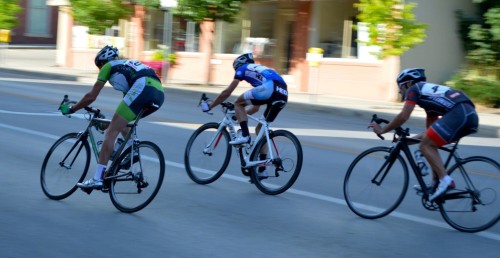 I found this photo from Sarah Russell on Facebook. Though it was pretty good. 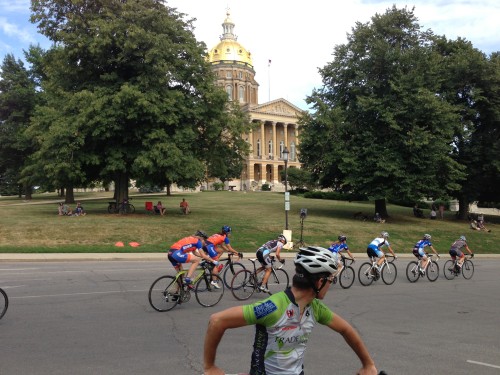 Bill checking out the women’s race. Catherine finished 6th. She hasn’t raced in a month and wasn’t having her best day. The course wasn’t kind for that. 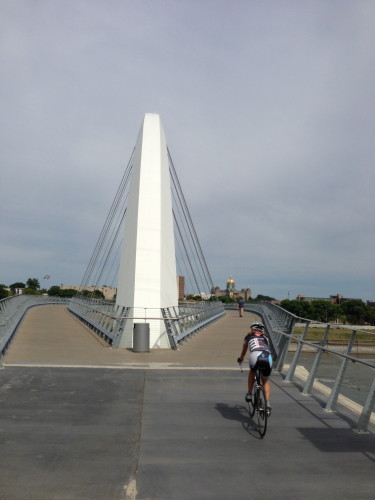 Riding through downtown Des Moines was really the highlight of the day. 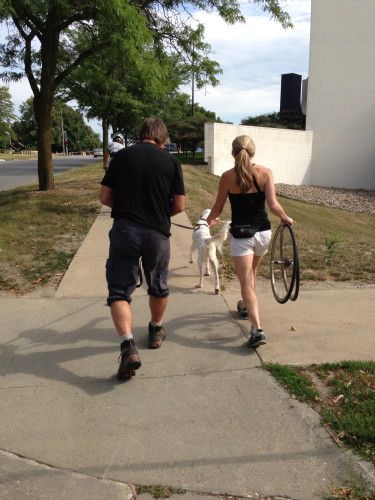 There was a Michael Fatka sighting. I guess it is annual. We actually stayed and ate pizza at Felix and Oscars after the race. 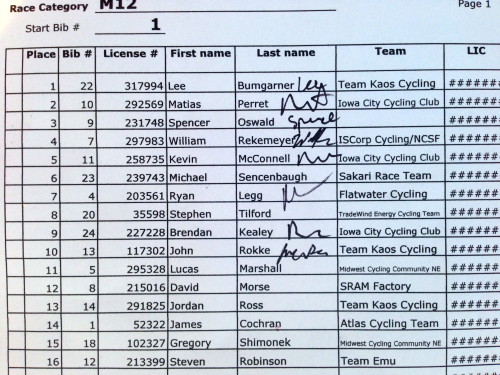 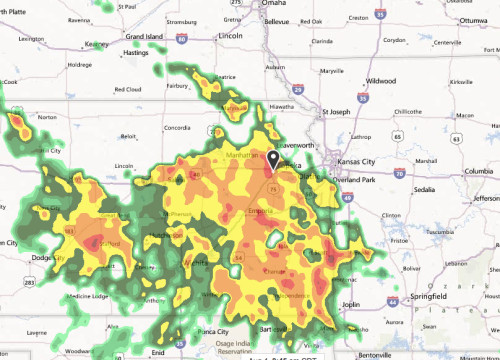