This past week has been kind of wacky. I’ve hardly ridden at all this week. A couple 40 mile rides and not much else. So I’m going to hang around Topeka and train some. There was a criterium in Springfield Missouri that I raced last year, but I need the miles more than the intensity. It is supposed to be pretty cool temperture-wise, so that is nice.
So, I’m going to get on my bike a ride for a few hours today and tomorrow.

It doesn’t seem like I accomplished hardly anything this past week. I’m not sure why that was. I guess it is because I didn’t get back here to ride until Tuesday, so it was a shortened week. At least that is the excuse I’m using.

This morning was short. I like listening to public radio on Saturday mornings and since San Sebastian was today, that was a bonus. Our outdoor cat, Fritz, came in to pay us a visit and eat. Mainly to eat. Fritz is in charge of keeping the realm clear of all other cats in the neighborhood. Thus, he is pretty beat up most of the time. He came in this morning with a big gash on his neck.

It was going to be an all day affair taking him to the emergency vet. Plus, he’d just eaten, so they would have had to keep him overnight to put him asleep on a empty stomach, so I decided to do it myself. As a word of advise, I can’t say it is the smartest thing to try to stitch up a cat normally, but Fritz is special. He had an issue, I’m not exactly sure what, but when he gets scared, he just lays over and stays relatively still. So, out of all the cats we have, Fritz is most likely the only one I could do this to.

Anyway, Stacie’s medical bag gift came into good use. I had to use two different sets of sutures. I picked too big a needle to begin with. Cat skin is super thin. It worked out pretty well. Fritz wasn’t too big on my trying to shave the area, but other than that, he was good. I kept tying his whiskers into the knots, which was annoying. He might not make an appearance for a few days now. He likes it when Trudi is around, so he comes in way more often. Maybe that will be the case here.

Okay, it is sort of drizzly out now. I guess that is okay. Better than 105 like last year. 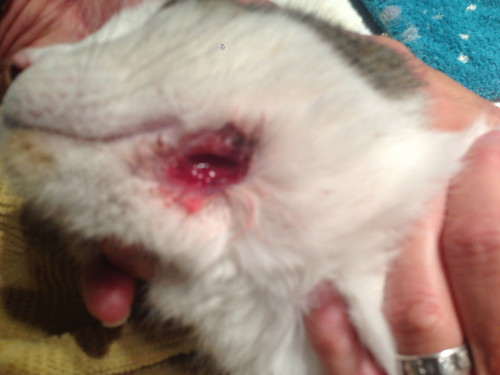 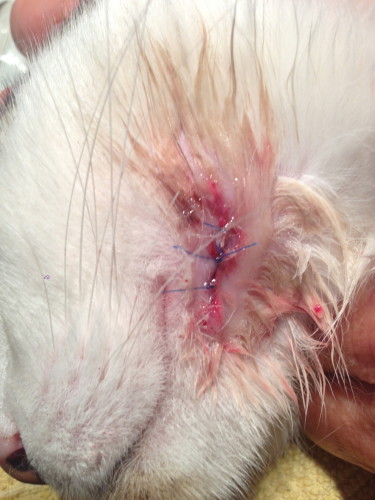 It wasn’t perfect, but it will do. 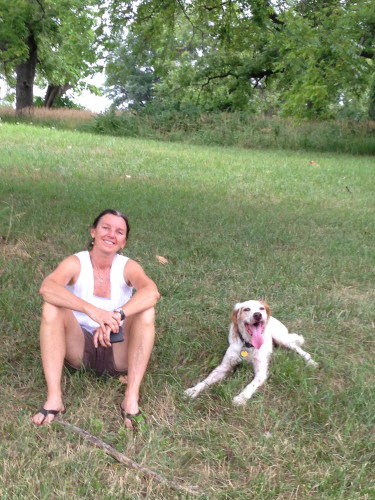 Trudi and Bromont resting in the shade after an afternnon walk. 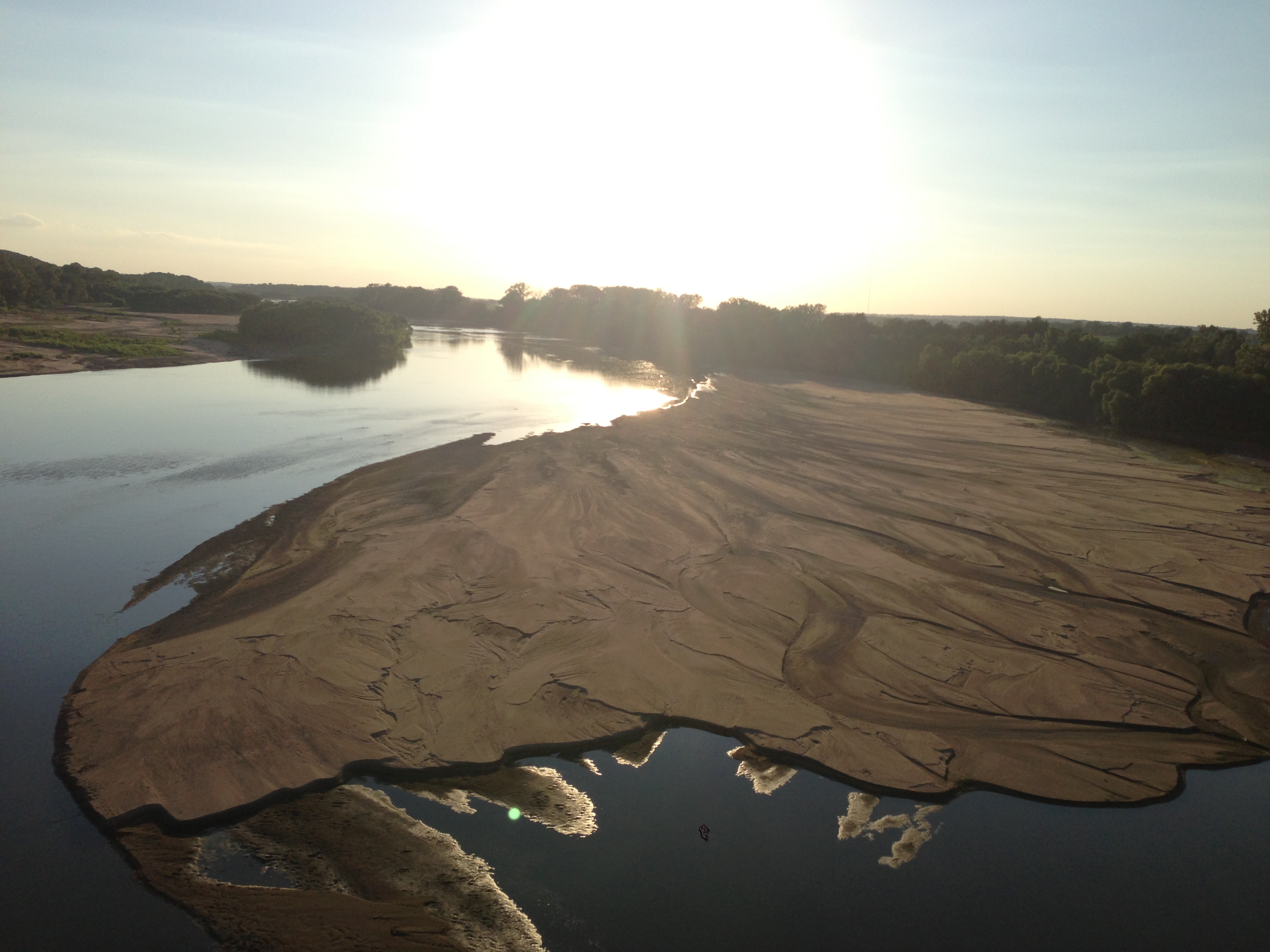 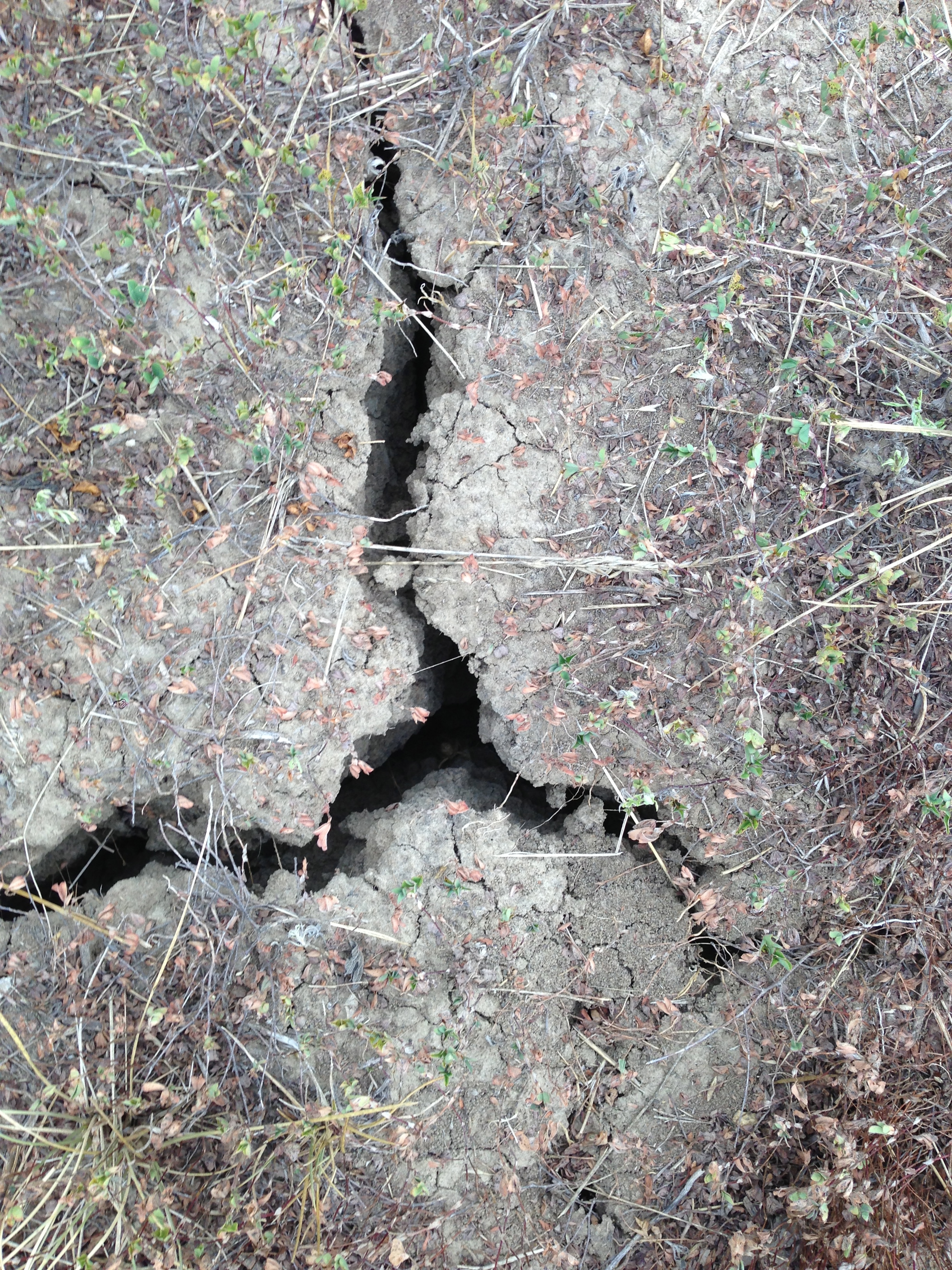 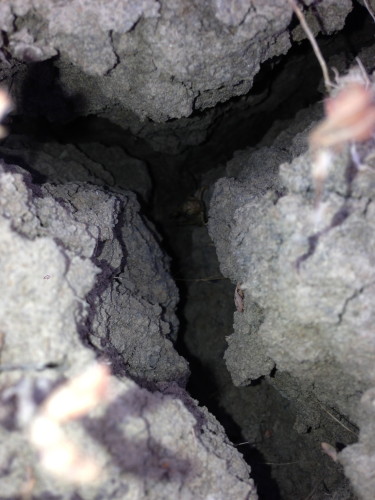 The crack went so deep, I took a close up of it, with a flash, to see how deep. I got a photo of a grasshopper trying to stay cool I guess. 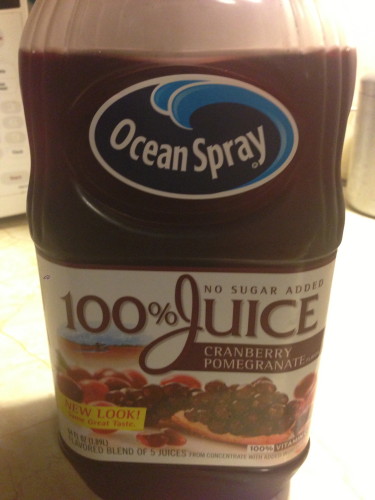 I bought this and thinks it’s misleading. It says 100% juice, cranberry and pomegranate. But in small print after that it says flavor. When you look at the ingredients, it is mainly apple and grape concentrate. That is just wrong.

10 thoughts on “Training I Guess”