I’ve had the privilege of meeting a ton of very interesting people in my lifetime. Many people I would have had no opportunity to run in to if I wouldn’t have been a cyclist/athlete.

Really, most people are special. It doesn’t take fame or money or accomplishment to make a person interesting. But for some reason, we humans seems to have a fixation on meeting or following people we consider to be “famous”.

People become famous for a multitude of reasons. Accomplishments, money, looks, and a million more reasons. I’m not sure the exact reason, but we tend to become attracted to this people. Maybe attracted isn’t the right word, interested might better. Whatever the description, we tend to pay more attention to people we deem special.

I find if sort of weird we do this, even though I take part in it somewhat.

I remember watching the Madonna video Truth or Dare. It was pretty much a documentary of Madonna doing the Blond Ambition Tour. It really doesn’t matter what you think of Madonna as a singer or person. It shows you what the daily life is of Madonna. What I got out of it was that you couldn’t pay me enough or give me enough to trade places with her. Her life was a complete hassle.

I think that is one of the reasons that movie stars and musicians tend to always marry each other. They both live similar lives and have to deal with the same problems, so they have something in common right up front. I don’t think unless you are in their situations you realize how much it changes you and your mentality of life. I think it would be impossible to really know the feeling unless you lived it daily.

Anyway, I’m straying here. I think a lot of the reasons that I feel accomplishment in life is doing things that I thought were going to be very difficult to achieve. Not only in athletics but in all sorts of things. Even small tasks that have been in the back of my mind feel like a accomplishment when I finally get around to doing them.

For me, the struggle is a big part of the accomplishment. The harder the task at hand, the bigger the reward. I think many people remember their early experiences in life or sport so vividly because they had so little knowledge of what they were doing and thus when their challenges were met, they felt a huge amount of accomplishment. More so than years down the road when they know they have the ability, skills, and thus expectations. When you don’t have expectations, sometimes the accomplishment is that more sweet.

Toil is good for the human spirit. Sports and toil go hand in hand. I sometimes hate it during the Olympics when the media latches on to the personal lives of the athletes. Always a hard luck story. A parent that died, growing up poor, an accident. To me it is just life. We all experience these things.

What is one of the beauties of sports is that it doesn’t matter what the background is. It is the moment. You are there, competing against a bunch of other people and it only matters what you have on that very day, at that very moment. All the other baggage is just that, baggage. It is wonderful.

I don’t think that being an athlete necessarily defines me. We define ourselves I think. I do know that many things I have learned through athletics apply to my life “off the field”. And I don’t know how I would have gathered that information without cycling. It is lucky the sport found me. 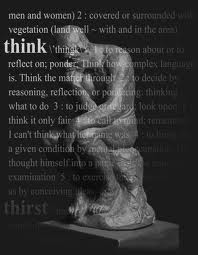 6 thoughts on “What Defines Us?”