I think it is kind of fun and interesting comparing prices of different things and services and seeing if they seem in line with each other. They never really do, but recently it seems completely out of line. Trying to compare the cost of gasoline to the price of food to the price of bikes and I have no idea where to start as a baseline.

I drove down to Dallas on Friday and yesterday went by Richardson Bike Mart. I wasn’t there to shop, but I don’t get into bike shops that often, so I looked around for a bit. It is amazing how much some stuff costs.

Bike shorts for example. There were way more shorts and bibs that cost over $100 than under $100. And many were nearly $200. Man, I could go through a few thousand dollars worth of shorts in a season at those rates.

There was a Specialized McLaren bike there with an $18000 price tag. That is the most expensive bike I’ve personally seen. You can buy a pretty okay car for that price. One with electric windows and probably even heated seats if you looked around enough. I would have a really hard time justifying buying that bike with all the other things available in the world that you could buy for nearly 20K.

Trying to compare any medical costs to regular life stuff is pretty impossible and seems stupid. I was charged $1250 for an x-ray of my collarbone when I tore up my shoulder in January. Or a friend told me about getting charged $1750 for some stitches in his knee. Those numbers are so out of wack that I can’t fathom how they got so screwed up.

Also at the store they had these huge apricots. I don’t know the exact price of the apricot, but they were/are really good. I think they would end up costing about $2 each. That seems pretty expensive, being about the same cost as the water, but in the right circumstance, I could see getting one apricot for the 24 bottle case of water.

I’m going to eat Sunday brunch at the Dallas Country Club in a little while. I have no idea how much that is going to be, but it is going to be expensive on any scale. I’m sure I could eat get dozens of Grand Slams at Denny’s for the brunch. But you’re paying for the ambiance here, not the food. That is a hard thing to quantify.

I drove my Honda Insight down here. It gets around 50 miles per gallon. So for that same two dollars, I can travel close to 30 miles in the car. Gasoline seems too cheap to me. Traveling the 30 miles, carrying all my stuff is a much better deal than the apricot.

Anyway, I guess we all decide what we feel is the value of the things and services we purchase. I think it would pretty impossible trying to convince a non-cyclist that most the stuff we purchase to ride is a value. But, having those $200 at the right time can be a value. 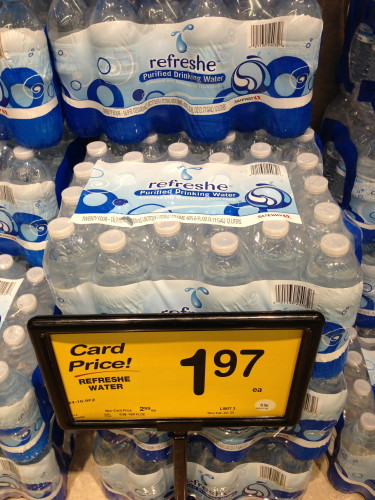 This is a deal, for sure, in this day and age. 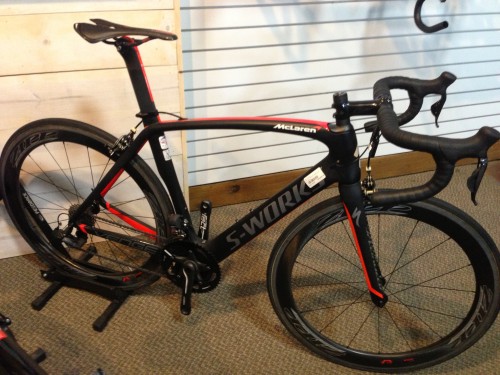 This is an expensive bike. Deal? I’m not sure about that. 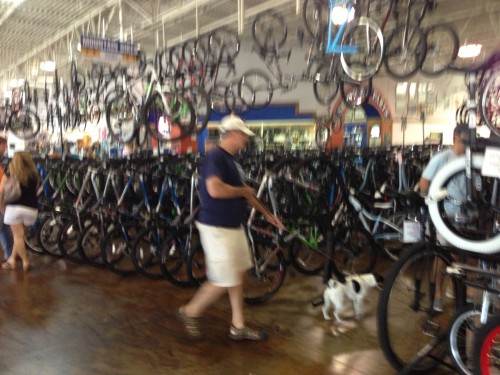 Richardson Bike Mart is dog friendly. You can’t beat that. 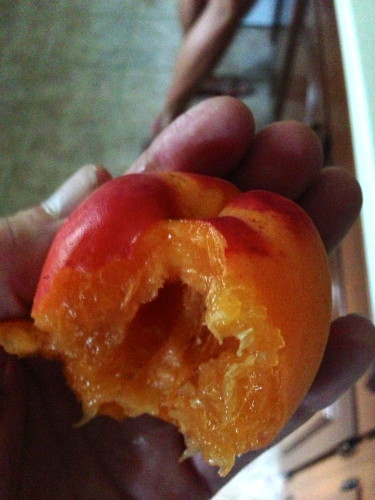 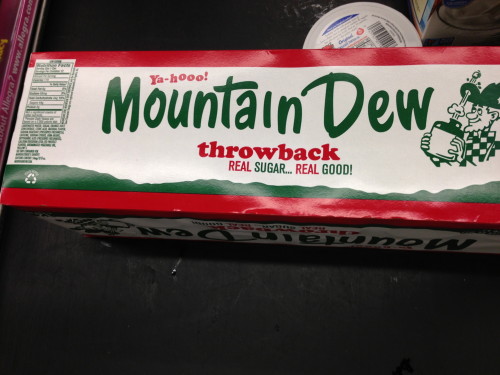 The guy in front of me shopping had this Mt. Dew. It doesn’t have any corn syrup. It is made with sugar. I don’t know how much it cost, but he said that it wasn’t nearly as sweet as normal Mt. Dew.