While I was riding in the woods yesterday I was thinking about yesterday’s stage in the Tour de France and the dominance of Chris Froome. His attacking Contador, seated, pedaling at a gazillion rpm’s, looking like a spider, wasn’t a pretty thing to watch. It seemed unnatural to say the least. But sports do release unnatural feats. It’s probably the most beautiful thing about sport.

What seems so “wrong” to me about the how Chris Froome is riding is that he obviously has the best power to weight ratio. He can climb a level above every other rider in the race, by far. And he can do this at will.

But he also seems to just have the most power of anyone in the race. He came within a stone’s throw of winning the relatively flat individual TT a few days ago when he weighs next to nothing and has nearly as much wind resistance as other guys that have 10-15 kg of body weight. This doesn’t make any sense.

I also don’t understand why he took, maybe, 3 bottles in the last 10 km of the climb yesterday. He took one bottle, then a mile later grabbed a musette that looked like it had a couple more bottles, at least. That was very strange. Just the weight of it would negate the benefits of the nutrition. I don’t know what was in that last feed to help him the last 20 minutes of the stage. Maybe he was replenishing for the rest day. It seemed weird.

When Wiggins and Froome finished 1st and 3rd in the Olympic Time Trial last year, it threw up a huge red flag to me. It just didn’t seem right that the two best climbers in the world should be able to time trial better than every other person on the planet. Scientifically, it just doesn’t make any sense. It would be like the lightweight crew rowing faster than the open guys. The guys with the most muscle, with the same amount of wind resistance, generally goes the fastest. Another comparison would be a runner that wins the marathon at the Olympics also wins the 400 meters. It just shouldn’t happen.

People have been comparing Froome’s climbing times and VAM results and they seem to come back suspect. He hasn’t been releasing his power numbers, so it is all speculation. His results make it all more concerning.

We’ve been shown abunch of unreal bike racing the last couple decades. We need to reset our beliefs about what should and does happen during a stage race. The same one guy shouldn’t always have the best day on the most important stages. There are 200 exceptional athletes in this race. A guy should be able to ride in the groupetto, resting up, and then have a stellar day. The rider in the yellow jersey has to expend an enormous amount of energy protecting that jersey, plus an enormous amount of energy doing off the bike obligations. Froome seems to have more than enough energy for all of that.

This speculation stuff is draining. But tons of others are doing it. Articles comparing Froome’s times to others historically. Velonews today, the majority of articles on their main page address either Froome doping or defending himself, declaring himself completely clean. They even have an article there that is quoting Alberto Contador as saying Froome is racing clean. Wow, that is a strange one.

I didn’t feel much like writing about this. Like I said above, it is draining and ruins some of excitement of the racing. But, in this day and age of the sport, performance like we’ve been watching have been proven over and over again not to be real. Paul Kimmage wrote an pretty good article at the Independent.ie. He addresses Chris Froome a bit. He states that 3 years ago, at the Giro, Chris Froome was kicked out for holding onto a motorcycle on a climb. Now he can climb much better than any other person on the planet. That is a pretty astronomical change in a short time.

I doubt we’ll have any answers about this all any time soon. I guess we should just all sit back and try to enjoy. 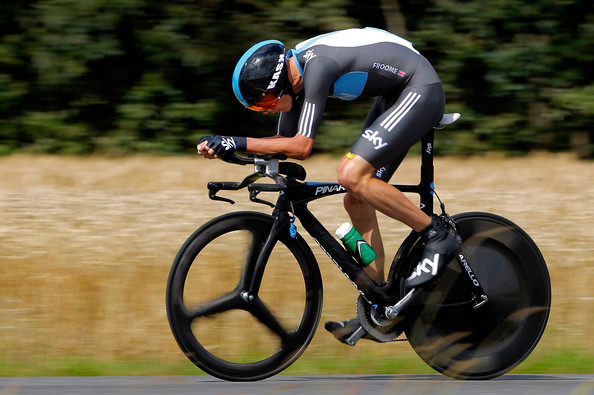 38 thoughts on “It’s All About Froome”