Let’s talk sprinting. I got a little riled when I was watching the finish laps of the Junior 15-16 National Championships in Madison last weekend and the announcer was saying something about now is the time when the elbows come out and that the sport becomes a contact sport. I was wondering why he would be spewing something that is really obviously wrong and against the rules of cycling. It seems that he was doing a disservice to the spectators who most likely raced bicycles. So he was signing off on contact during sprints.

Then flash forward to yesterday in the Tour de France. Cavendish knocking down Veelers at the finish will be the most common topic. To me it looks like it wasn’t intentional, but Cavendish obviously was at fault. I guess when you have a car named after you, any publicity is good publicity. It just adds to it all. But, that wasn’t the reason for the encounter. It is very hard keeping track of the riders in front of you that are peeling off from their leadouts. It surprises me that there aren’t more guys smashing into the leadout guys from behind constantly. It looked like Cavendish tried to avoid the contact, but then leaned back in, which is what he would have had to do to stay upright.

But, his statement about what happened should have not included – “All I do is follow the road … There will be net forums with people going mad about it but I follow the road, I’m not going to hit the barriers …” They weren’t anywhere near the barriers and you can’t follow the road if someone is in your way, ie you can’t ride through other riders, which he did. No matter what, he didn’t deserve having urine thrown on him today in the time trial.

Anyway, enough of that, I want to address what happened before the Cavendish problem. If you can find the sprint on video somewhere, which I can’t, and watch from 2 km in, you notice all the contact before the red kite. Peter Sagan is bumping continuously with a Orica-Greenedge guy. But the real obvious foul is when Greg Henderson headbutts a Argos-Shimano guy to keep him at bay.

When the officials went back through the video to decide if they were going to relegate Mark Cavendish, they should have DQ’d Henderson for instigating contact. Headbutting isn’t a part of bike racing. It is so weird because it seems that 90% of headbutting, historically, is done by Australians and New Zealand ex-track riders. I never noticed anyone headbutting when I was racing down there, on the road, but they definitely do it now a bunch.

Someone needs to start addressing the contact issue. Like I stated above, publicity is publicity, but let’s try to attract publicity to the sport through extraordinary feats, not by endangering our peers by doing something anyone that clips in can do. 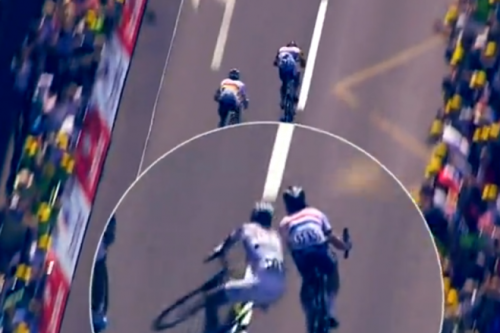 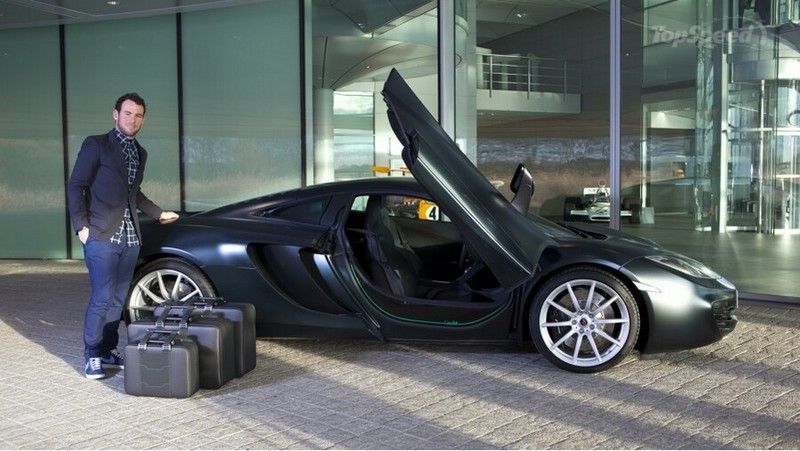