I raced last night in Kansas City. The Tour of Kansas City is in its 50 year. That is pretty great. That would mean the first time the race was held was 1963. I did the race in 1974 as a intermediate. It has been an Olympic Developement stage race previously, but now it’s 3 criteriums.

Yesterday was a new course by the old Cliff Drive road race. The Cliff Drive course is very hard and one of my favorite all-time races. This wasn’t close. It wasn’t a bad course, it was pretty hard with one side being uphill and the other down, but it isn’t close to the old course.

There were about 50 guys in the Pro 1/2 race. The temperature was hot. Not scorching, but the lower 90’s. I don’t have too much to write about the race. The field was pretty aggressive, which was nice, but the writing was on the wall early on. Joseph Schmalz, Brian Jensen and Jonathan Jacobs were all riding much better than the next best guy. There were tons of small moves, but Joe and/or Brian could ride up to just about anything. Eventually, the string snapped and those two rode away. That was about as good as our team was going to do for the day, so I went to the front. But, Jonathan Jacobs took a flyer that I couldn’t cover. My mistake. I didn’t think he had much of a chance to bridge up. He didn’t, but he made it most of the way.

That was how it finished, with Joseph winning. He has been riding great, finishing 9th in Nature Valley last week and putting in some pretty solid attacks in Stillwater, the final day. Brian always is going good. He was planning to drive to Nebraska to do a 6 hours MTB race today, but we talked him into staying and racing today and tomorrow in KC. 6 hours of MTB racing at 98 degrees isn’t an easy task. Plus, if Brian isn’t here, the race would be much less interesting for me. I finished 11th. There was 5 away, so that was 6th in the field sprint. The sprint was screwy, on a curve, with a round about, so I just sort of blew it. But, I was gassed too, so there wasn’t anything I could do to recover after making a couple mistakes.

I felt mediocre. On a one to 10, it would be 3 or 4. That was better than I had previously thought, which was a pleasant surprise. I flatted about 1/3 the way in and took a free lap. That got me hot, really hot. It took a little while to get back to normal. I hate taking free laps. I always feel way worse after sitting out a lap than I did before I went to the pit. It seems like it would be the opposite, you get to “rest” for a couple minutes, but that is never the case.

Okay, we’re racing again tonight at 7:45. The course tonight has a hill, so it is kind of hard too. But, I need the race miles. Baby steps once again. 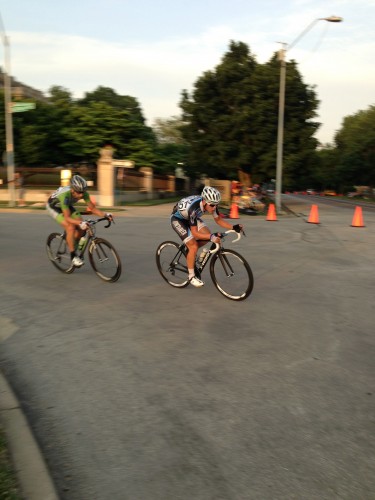 Joseph and Brian in the winning break. 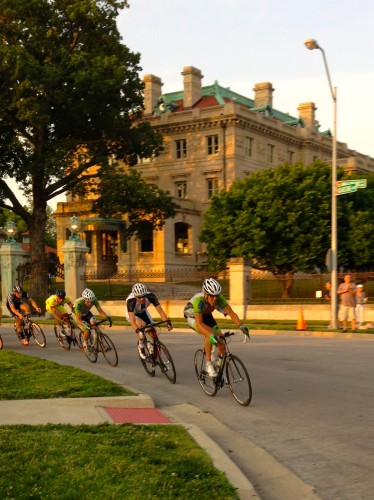 I’m not exactly sure what I’m doing here. 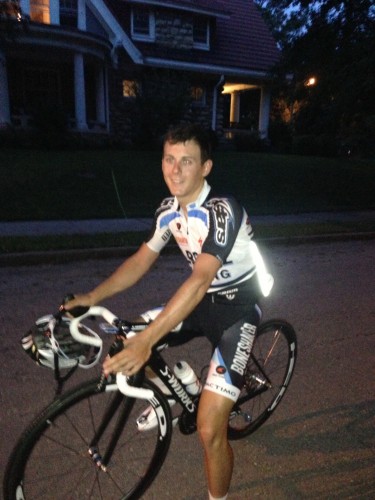 Joseph, all smiles, after the race. 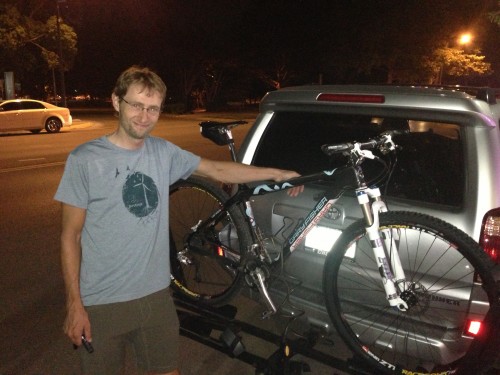 Brian, with his MTB bike all loaded up, ready to head up to Nebraska, until we talked him out of it. He’s gonna thank me for that later. 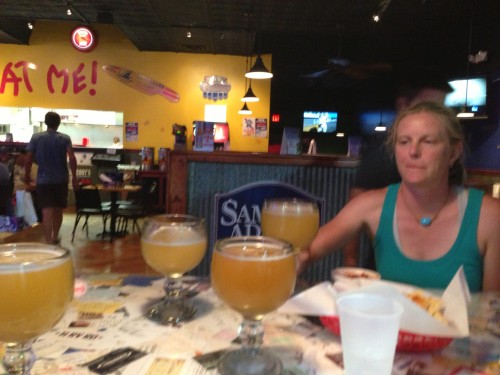 Michelle, Brian wife, at dinner, with schooners of beer. Man, did those taste great.

The area where we raced is very historic, but in a transitional state. If you’re looking for a huge, stone or brick house, for very cheap, around 250K, look no more, it’s here. Here are some photos of the beauty. 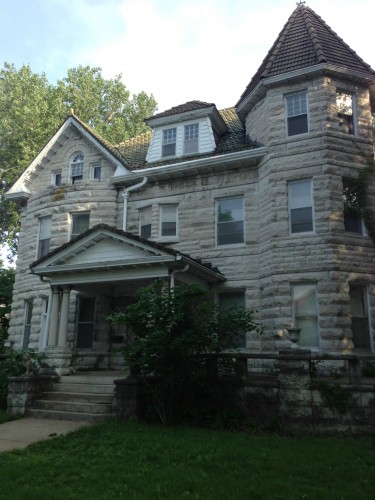 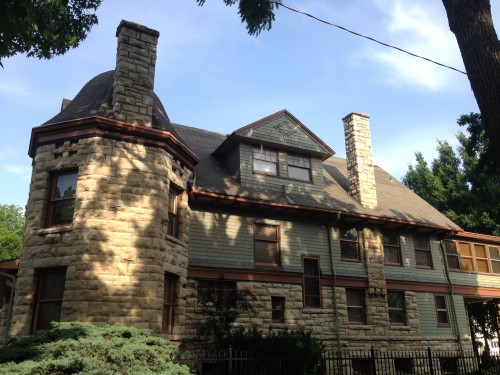 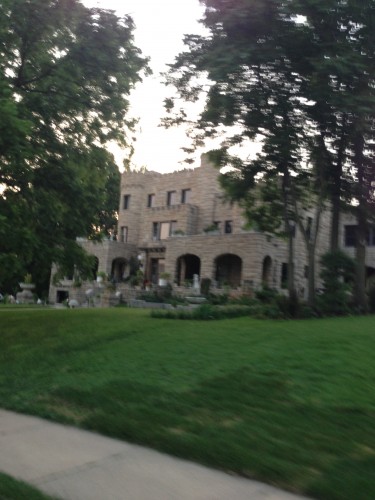 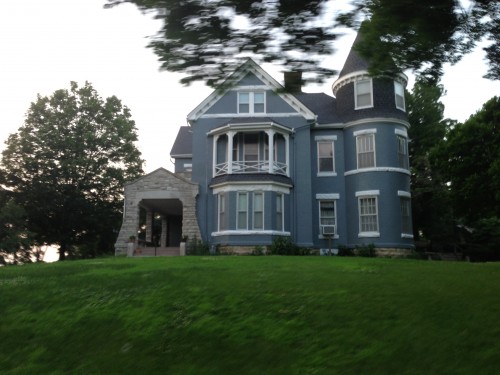 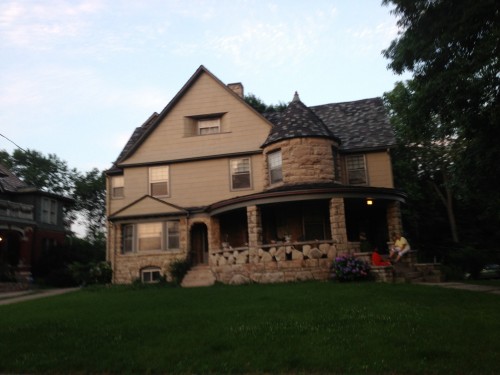 One thought on “Tour of Kansas City Day 1 – Cliff Drive”