I left San Diego yesterday and flew to Denver late. The Advantage Rental car company is a complete disaster. It took more than an hour and a half to get on the shuttle and actually get in a car. I drove to the Springhill Suites, by the University of Denver and got in a room at 1 am. I’m supposed to view some testing on Garmin’s Tom Danielson at 10 am. It should be interesting. I’m really not sure exactly what is going to happen or what I’m supposed to witness, but it should be a learning experience at least. Jonathan Vaughters is coming too, so that will make the trip worthwhile. If I have any extra time, I’m going to head over to Arvada and go for a ride with my friend Vincent. He did a 100 mile MTB race last Saturday and I’d like to hear the blow by blow. He butt must be sore. 7 plus hours.

I rode around North County yesterday. Didn’t really have an agenda. I finally made it up to Pannikin in Encinitas. The bakery items there are from the Land of the Giants. Muffins that are bigger than grapefruit. It is awesome.

I have a short turn around today. Just in for the physiological testing and then out tonight, flying back to KC late. The Tour of Kansas City starts Friday evening. It is just 3 criteriums now. I’m not sure, but I think that it is the longest running stage race in the country. This is the 50th edition. I first rode the Tour of KC in 1974 when I was an intermediate. I was 2nd in the Pro 1/2 race when I was 17. It was an Olympic Developement race then. There is a traveling trophy, but my name isn’t on it. And it won’t be on it again. I have no ability to race at a winning level now. Baby steps. It is funny, but I’d rather be doing a NCC race and just sit in than a big regional race that takes a lot of energy in the wind. Strange.

I’m mildly worried about the heat in KC. It is supposed to be in the mid 90’s all weekend. Yesterday, it was 65 on the coast. That is a 30 degree differential. But, you have to get used to it sometime. I’m not yet like Jens Voight and can acclimate to the heat in two days, like he did at the Tour of California.

Okay, I need to get scooting. I’ll let you know how it goes. 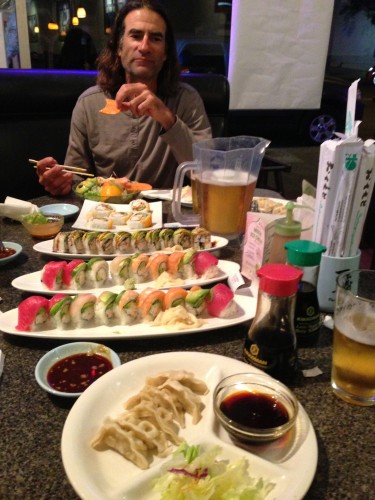 Last meal of each trip is at Ichiban in PB. Sue and Don always order an unbelievable amount of sushi. 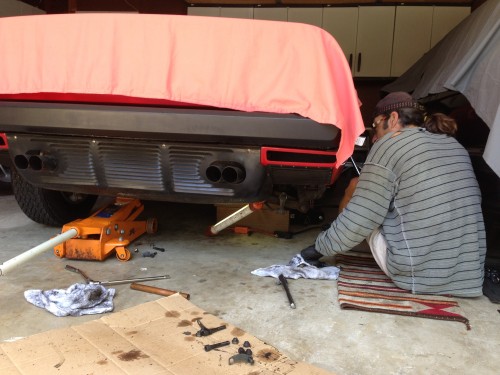 Don was replacing the CV boots on his Ferrari yesterday morning. 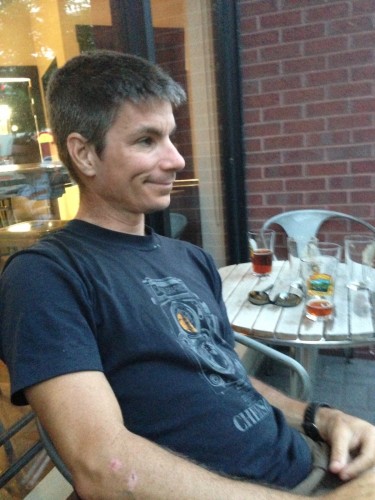 It was Bill’s birthday yesterday, so I guess a bunch of people met over at the Flying Monkey/PT’s and drank a few beers. Missed out on that one. 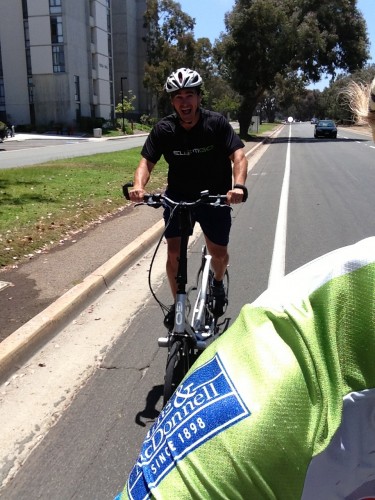 This guy, on one of the those duck-bike-things, was following Don and I up the coast for a couple miles. He was going really good, over 20 mph. 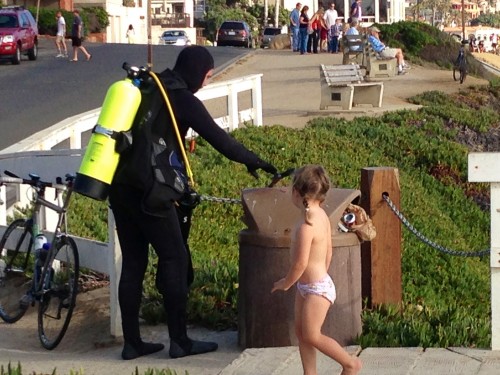 I was riding by the cove and this guy was about to head in to dive. He must have looked strange to all of us. 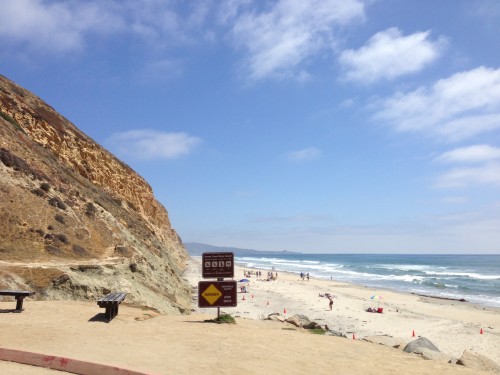 Last shot of Torrey Pines for a while.

I love watching the pelicans glide back and forth down the coast. They fly so effortless. 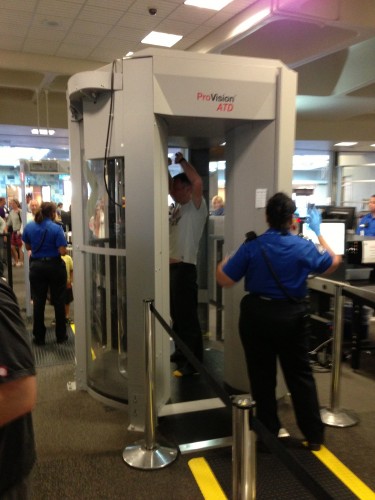 This machine is detecting something in my shoulder each time I go through it. I had to get patted down on the way out and then again on the way back. Must have been one of the anchor screws in my arm bone. 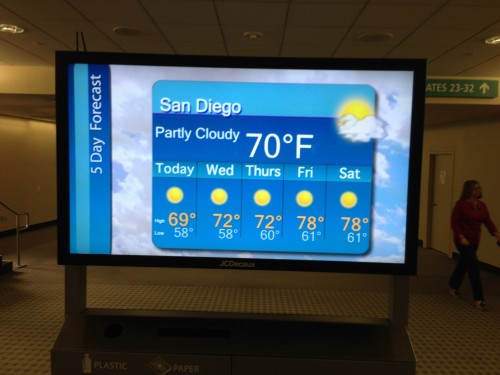 This monitor is right after you clear security in the San Diego airport. I guess it is just there to remind you what nice weather you are leaving.

2 thoughts on “San Diego to KC, Via Denver”