I had a great ride yesterday up in Vista California. The riding there is pretty much the same it was 40 miles South, in Rancho Santa, 30 years ago. Lots of beautiful roads with hardly any traffic. It’s too bad it is 50 miles from here just to get to the start of the ride.

I’m riding like shit. I’m not sure why that is. I guess I still am blaming allergies, but I’d hoped that a change of pollen would at least change it somewhat. When I get like this I just go out and ride easy, for 2 to 4 hours. That sometimes resets my body and I can then start training again. But, that isn’t working. It is funny that as an athlete, you usually tend to dwell on your weakest link, even though that problem might only be temporary. I’ve got a hamstring pull, that is kind of tugging on my pedal stroke on and off, plus my arm is just mediocre. I talked to a couple guys at a party last night that had rotator cuff surgery and they didn’t give me much confidence. One guy was 3 years out and said his arm is just permanently jacked. I didn’t really want to hear that.

How about the conclusion of the Dutch Investigation into doping that 80-95% of the professional riders were doping in “the EPO era”. I think that is a little low, but what do I know. I think some of the guys that are saying that they never saw much of it, like Jens Voight, might want to rethink that answer. If you in a sport where nearly 100% of the participates are taking drugs to compete, it would have to be nearly a miracle to be able to participate at any level without indulging. That is just a fact. But, each and everyone has their own story and spin on doping, so to each their own.

Velonews had a title of an article about the “lost art” of criterium racing. I was thinking it was going to be an article about how bad the races are and how shitty the bike handling is. Instead it was an article about why the pro teams are sending full squads to the NCC races. What a let down. The professional cycling scene in the US is cash poor. Most of the teams are just pretty much domestic elite squads that decided to pay the UCI a fee to have professional licenses. So, don’t expect to see a bunch of teams fielding full squads for weekend criterium races. It’s not going to happen.

I’m going to suit up and go ride around North County now. I have a couple days to do that. I’m flying out tomorrow night, to Denver, for the Garmin physiological testing deal, then back to Kansas on Wednesday night. It’s hard to believe it is the middle of June already. 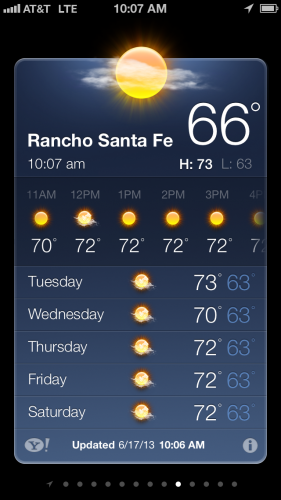 Pretty extreme temperatures the next week out here. 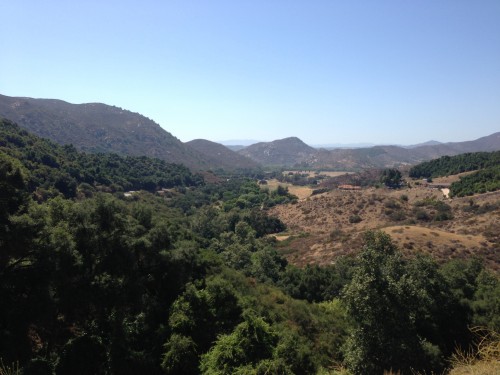 Riding out in Vista in Couser Canyon was awesome yesterday. 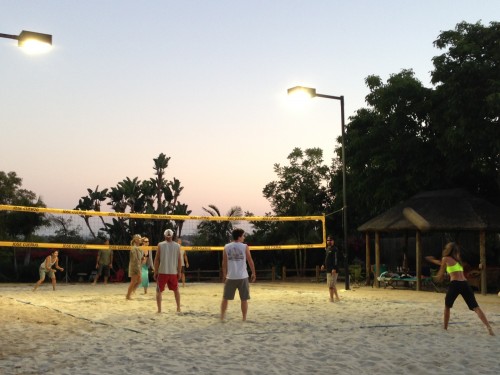 After the ride we went over to Corky and Patti Ewing’s house. They have an little compound, complete with a professional beach volleyball setup. 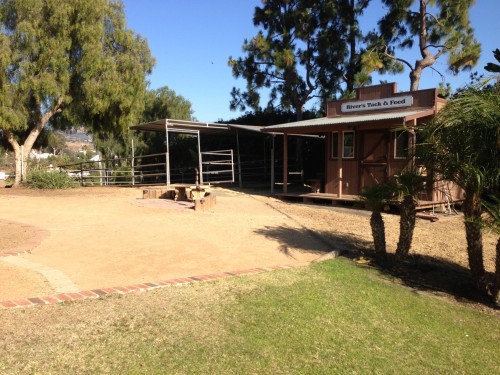 And a horse barn, with horses. 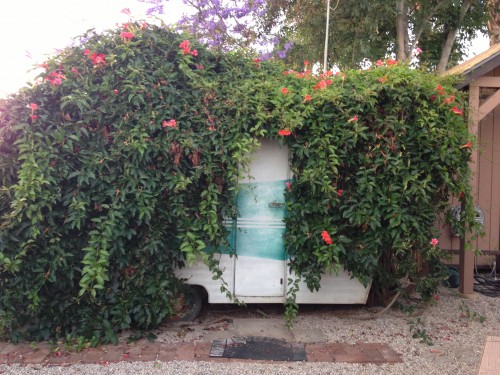 I don’t think they have moved this trailer in a while. 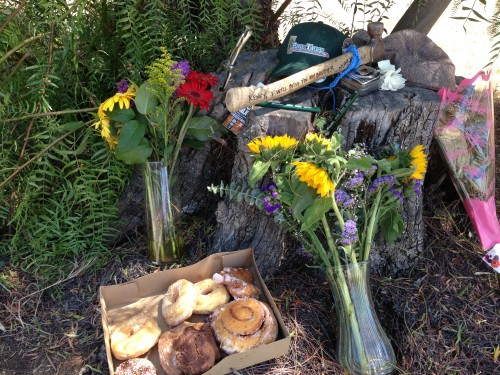 I saw this on the road and couldn’t help to stop and look. This is the most elaborate shrine I’ve ever seen. This guy must of been loved. 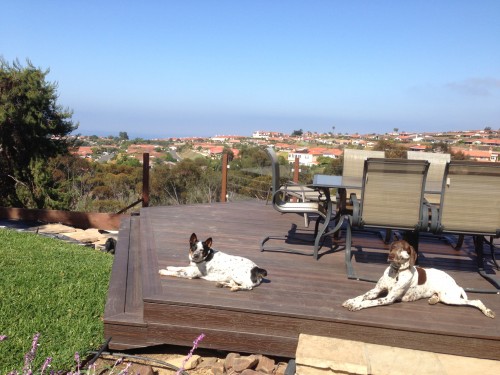 Don and Sue’s dog out on the porch this morning. They have the life.

4 thoughts on “Another 70 Degree Day”