Yesterday was a busy day. For some reason it seems like there is never enough time to do everything in one day out here. I’m not sure why that is. I really didn’t have that much to do and the time disappeared.

I met Jen See, who is doing some free-lance work on the first MTB Nationals, at Aron Olson’s coffee shop, The Handlebar. It is funny I’ve never run into her before. She is an avid surfer, has a doctorate, and write articles about bike racing. Super interesting and really fun to talk to.

Aaron was there. I really never spent much time with him racing. He was super busy, says the shop is going great. He came over and sat for a bit and we talked a little about bike racing. He rode two years in Europe, did the Giro, so he has his credentials. It was a good experience all around.

After, Sue and I just got dressed and rode Gilbralter. It was already afternoon and the marine layer had sort of left, so it was hot. Gilbralter is only a 10 mile climb, but pretty steep the whole way. Most the time between 7 and 15%. There are hardly any houses on it and the road is questionable at best. But, the views are unreal. I like climbs where you can actually see where you came from. Gilbralter is like that. You can pretty much see Santa Barbara nearly all the time you’re riding. We just went over the top and down Painted Cave. It’s only 30 something miles, but slow miles. Up and down. Painted Cave is super steep and doesn’t flow well. It is cool though. After finishing Painted Cave, you cross a highway and there is Old San Marcos. That descent flows much better and takes you all the way down. I was passed by two guys riding super tricked out street motorcycles and I ended up descending a couples miles with them. It was pretty hard keeping up, which kind of surprised me. Normally a bicycle can descent with a motorcycle one on one, but these guys were pretty good.

Anyway, I have to decide whether I want to go do a criterium tomorrow inland from Laguna Beach, in Ladera Ranch. I’d have to tone down the riding today, which I’m not sure I want to do. Two good days of training, might be better than racing right now. I’m not feeling all that great on my bike, so maybe going around in circles fast isn’t what the doctor ordered. I might feel better today though, I never know nowadays. 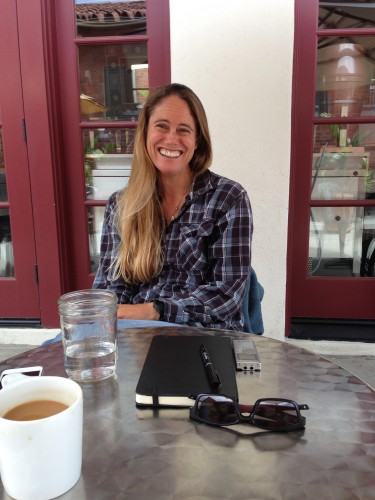 This is Jen See. Very fun girl and nice person to know. 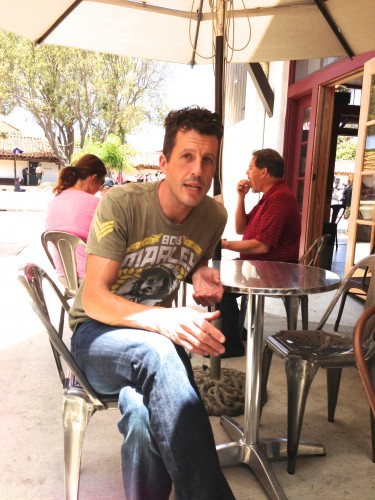 And Aaron Olson. He owns the Handlebar Coffeeshop. 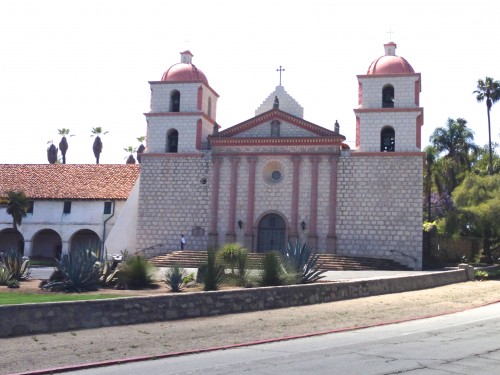 The Mission in Santa Barbara. 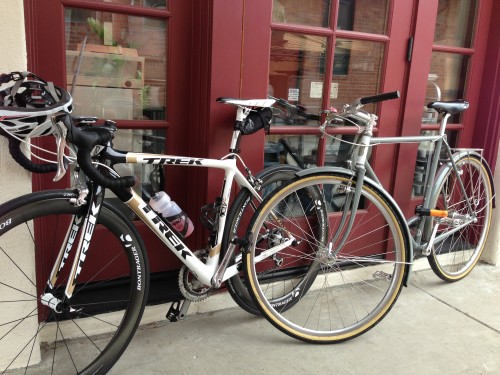 Which bike do you think is more expensive? 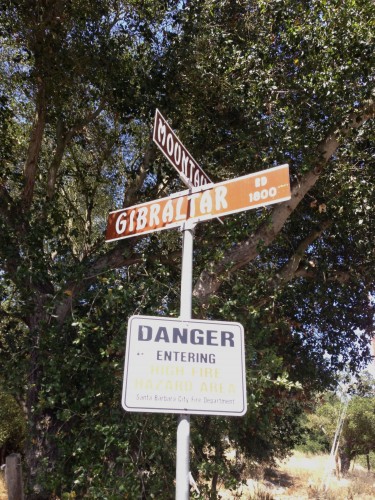 At the base of Gilbralter. 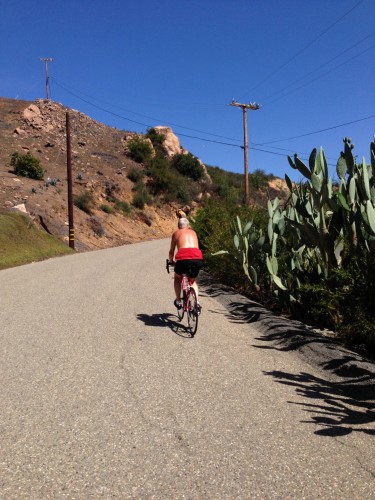 This guy was going pretty good up the climb. It took a while to pass him. He said he was 72 years old. Seems like he ride the climb, shirtless, pretty much everyday. 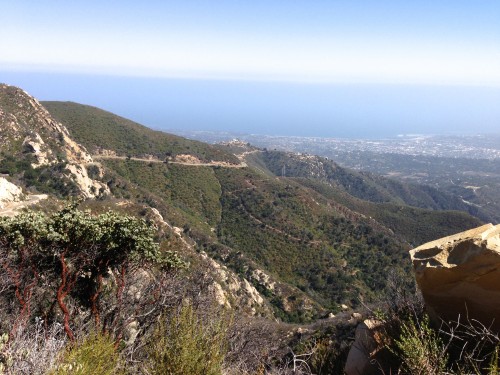 The views are great. 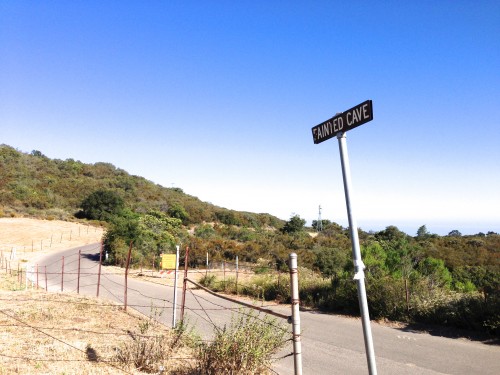 The turn to Painted Cave. 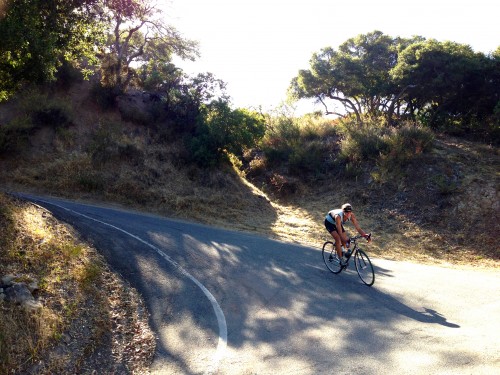 This is Sue taking one of the super steep descent corners on Painted Cave. This has to be 25% or more at least. 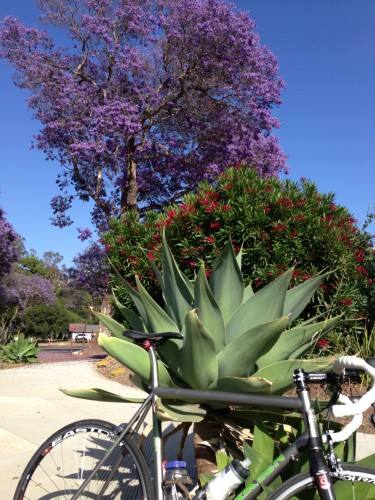 There are a lot of these purple bushes here in Santa Barbara. I don’t know what they are, but they sure are pretty.