I flew out to Southern California today to do a few things. I’m going to be going to Santa Barbara and do an interview about the first Mt. Bike Nationals I won. It is the 30th anniversary this year. Wow. Shit. I have a couple other things on my plate too. There is a race in LA, a criterium on Sunday, but we’ll just have to see how that goes.

I felt better racing in Tulsa, but as soon as I got back to Topeka, I got all stuffed up again. It will be nice to get out of Kansas for a week to test out my allergy theory. That being said, nearly every day I get a notice on my iPhone about a high pollen count in La Jolla. I’m not sure why I get those, but it spooks me a little. It did get super hot in Kansas. I got Bill out a couple days ago and we rode 30 miles at 96 degrees. Bill is pretty destroyed from crashing the first night in Tulsa. He can hardly get his leg over his top tube. He did feel better by the time we were finished though. He can’t stand up, his back is seized, but the circulation deal when you exercise is always good for swelling.

I have a ticket back through Denver to do my little foray with Jonathan Vaughters and the Garmin Team. It’s not actually with Jonathan, it is observing Tom Danielson doing his testing before the Tour. I haven’t run into Tom since I wrote this, so we probably needed to talk some anyway. We did go back and forth a little with messages, so it’s not like we are just meeting cold turkey. Anyway, I’m only in Denver for less than a day and then back to Topeka on Wednesday night.

There is a lot going on the next few weeks racewise. Next weekend is the Tour of Kansas City. Then the Tour of Lawrence. That’s the banner above the site. It is clickable. That is a very fun race. It is a lot like the Tulsa Tough. The racing is great, but the hanging is just as good. It’s worth going out of your way for. Anyway, after the Tour of Lawrence, I hope to go up to Elite Road Nationals in Madison Wisconsin. I’m only doing that is I have some juice by then. It is 3 weeks away, so I hope to get better. Right now I’m barely pack fodder. 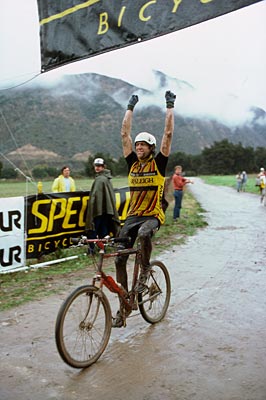 This was 30 years ago. Man, I’ve done a lot of bike racing since then. So little did I know. 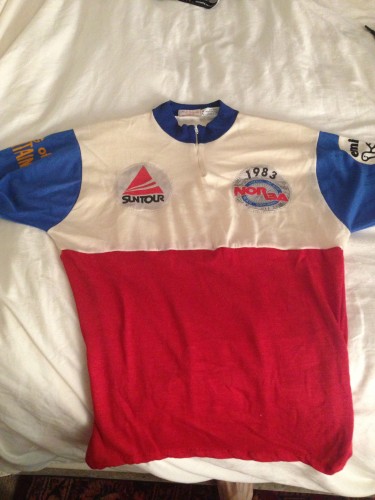 The first Mt. Bike National Championship Jersey. I thought it was kind of cheesy at the time, but now I love the retro look. 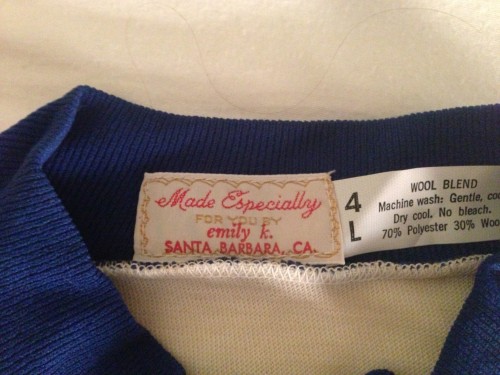 smily k. I went by there a couple times back in the day. I wonder what ever happened to them. 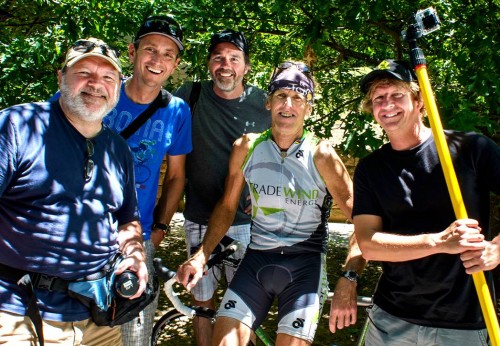 The Gizmo crew and me before Sunday’s race at Cry Baby Hill. They filmed the whole weekend and have a ton of great footage. 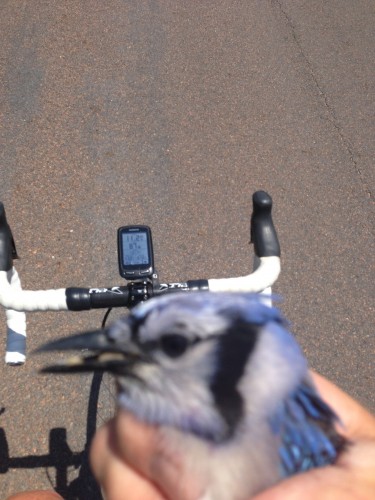 I only had a little bit to ride yesterday and got Bill to head out into the muggy heat. We came upon this hurt Bluejay after 7 miles and I couldn’t leave it on the road, so I picked it up and rode it back into town and took it to some people at the Wild Bird Store. They rehabilitate hurt birds. I hope he does okay.

8 thoughts on “Out in Southern California”