Okay, one race done. I really don’t know what to say other than I’m pretty happy that I have all my skin. I’m not sure the reason, but there seemed to be way too many crashes in all the races in Tulsa last night. It’s like the Pro-1 race was a Cat 3 race. Everyone that came down in my van is missing skin. Ian in the 1-2 race and Bill fell pretty hard in the Pro-1 race. He laid on the road for 4 or 5 laps and I was really worried the whole night.

The Blue Dome Criterium course is a pretty good race. It has a couple small rises in it and a good descent. Moving around in the field can be pretty tricky, especially since the race doesn’t start until 9 pm. It’s a figure 8 course with a good crowd cheering. I guess almost all the fields here in Tulsa are full this year. It’s about time that the rest of the country comes to this event. It’s good.

The race wasn’t that hard. If it would have been I wouldn’t have been there. I was just there. Doing nothing but moving around. I was having an issue with my stomach. When I warmed up, I rode over to the Double Tree Hotel to check in and they gave me a hot chocolate chip cookie. I ate it with some coffee an hour before the race. Mistake.

Even so, I actually felt pretty good with 5 to go. I’d been riding pretty smart and just hanging around 25 guys back. I’d been resting as much as I could and thought I’d do okay, nothing special. With 2 + laps to go, there was crash on the 2nd corner. Unlucky for me it was ahead of me, in my line. I had to grab a huge amount of brake and then re-accelerate. I had to pretty much sprint for 2/3 a lap to catch on to the back of the remaining field. What hurt me worse was chasing down the descent. When they rang the bell with two to go I was pretty much done. I just hung on until the last lap and kind of coasted across the line for 30th.

This is maybe the 3rd year in a row that the baseball game blows off their fireworks in the last 5 laps. It totally scares the shit out of nearly the whole field. The crash occurred right after they started the firework display. That might have been the reason.

Under normal circumstances, I have a few extra efforts left over for things such as this, but that’s not my fitness level at this time. The race was 29.1 mph average speed, so I’d guess the lap I was chasing it was in the mid 30’s. That isn’t a speed I can do very long without paying the price.

Anyway, it’s done. United Healthcare did the normal riding, the inside of the course deal the last few laps. It definitely screws up everyone sitting on and causes general chaos. But, I don’t think it was the reason this time there was the crash with 3 to go. They went 1-2-3 to stack the podium. I don’t think that will be the deal the whole weekend. Especially on Sunday. I believe the course is too hard for that, but I’m not positive.

Anyway, no sleeping early last night. Everyone is wide awake well after 2 am. I was eating sushi and such at midnight. It is easy to rotate the schedule here though.

So, tomorrow night. I think it is same bat time, nearly same bat place. This time it is the Brady District, which is just a stones throw away from last nights venue. Should be fun. 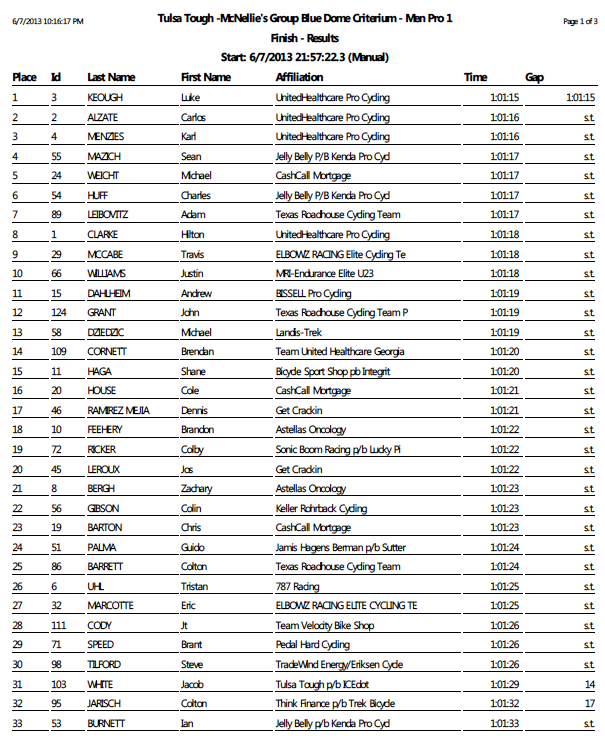 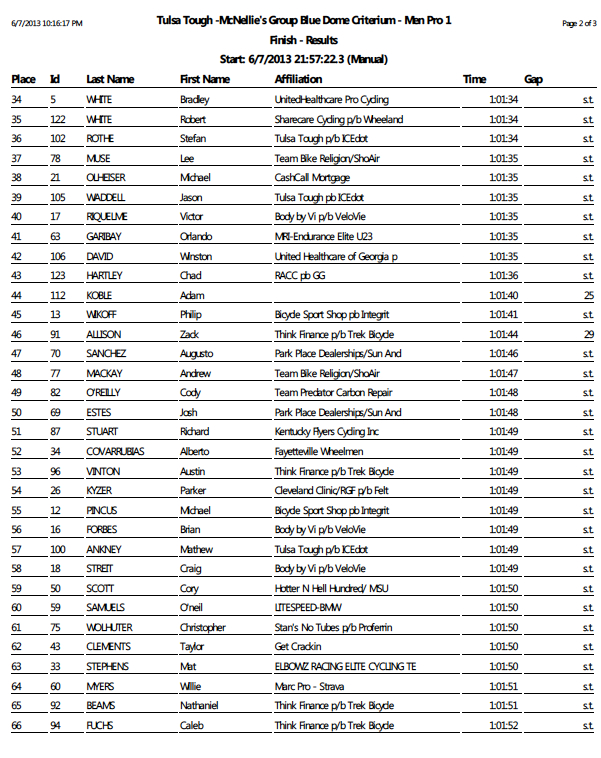 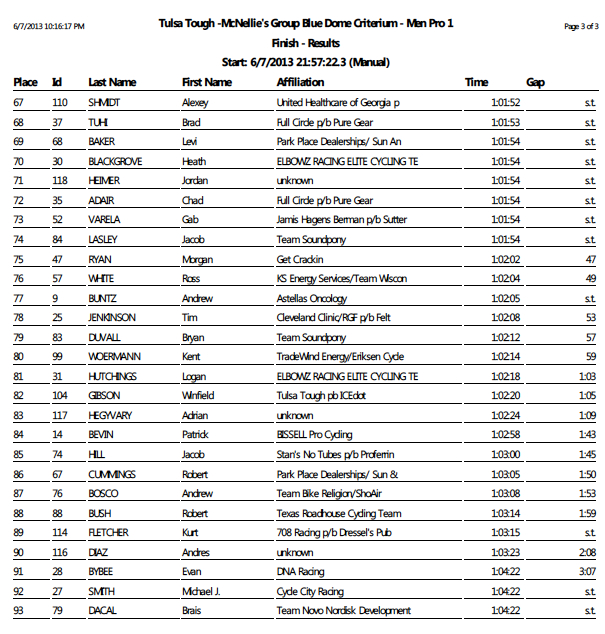 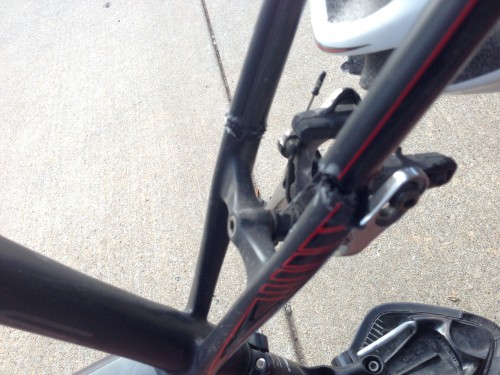 A sample of the ill effects of hitting the ground. 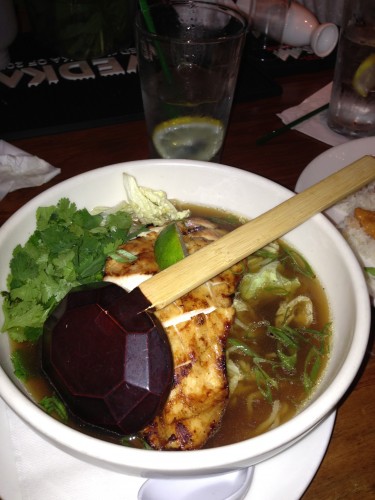 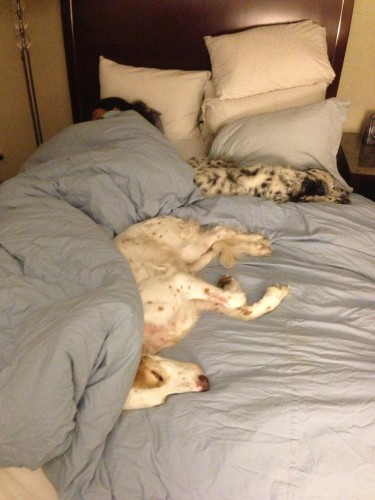 How I found my bed when I got back to the hotel room after walking at 2 am. Normal deal, no room for Steve.

6 thoughts on “Tulsa Tough Night One”