We’re leaving early afternoon to head down to Tulsa for the Tulsa Tough weekend. My first race is at 9 pm this evening. You can watch all the races live on the internet since they are part of the NCC. Here is a link at Velonews.com. The women’s racing is televised live at 7 and Pro men’s at 8:55 CST I think. I think there is a 1-2 race in between.

I went to the dentist yesterday. Usually I avoid the dentist during the season, but a couple of my teeth have been hurting and I figure I don’t feel all that well already, so what harm would it do. I found of out nothing. Dr. Johnson didn’t find anything the matter. He thought maybe my sinuses were putting pressure on them or something. I just wanted to make sure I didn’t have an infection. You have to look after your teeth.

About 300 of you emailed Olaf from the Salina Journal yesterday. That was out of about 6000 hits, so about 5%. I think that was a pretty good number. Olaf and I exchanged a couple emails. I don’t think he saw it my way. I know I didn’t see it his. I think it is funny how newspapers are dying around the country, maybe the world, and many refuse to address the issue of readership beyond their geographic area. That is one of Olaf’s issues. I think I got my point across. Some of you did too. 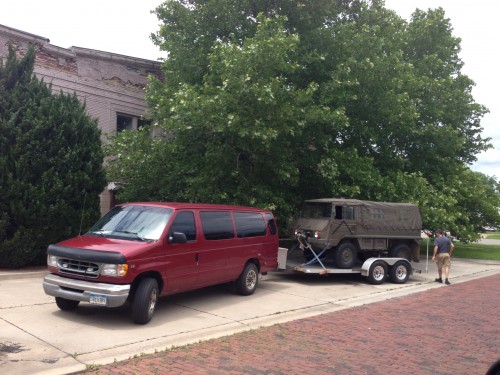 I spent most of the day yesterday helping my friend Vincent move some stuff from his father’s house. Maybe more accurate, Vincent helped me move stuff. Whatever, it was a lot of lifting heavy stuff. This is a Pinzgauer, a very mobile army vehicle from Austria. Vincent already has one, but his dad’s was in much better shape. 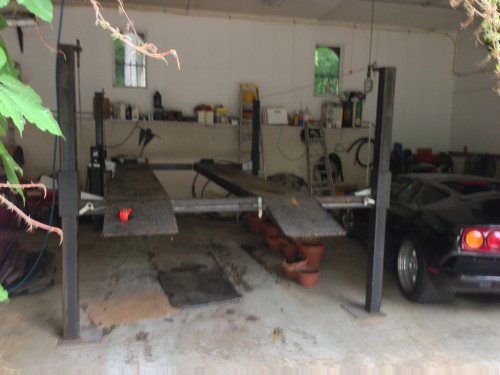 I ended up with the car lift. I don’t have a garage with a tall enough ceiling in it to use it just now, but wouldn’t mind building one to accommodate it. Even after you disassemble the thing, it is real heavy. 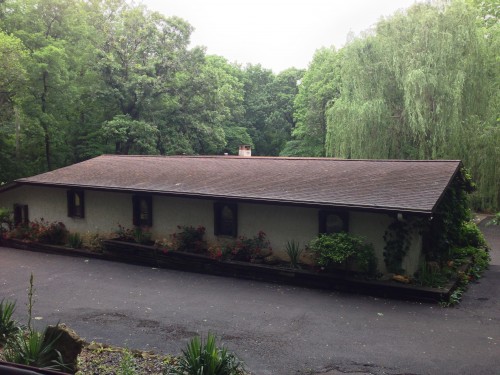 This is Vincent’s dad’s garage that we built maybe 10 years ago. It is close to 3000 square feet I think. Pretty big garage. 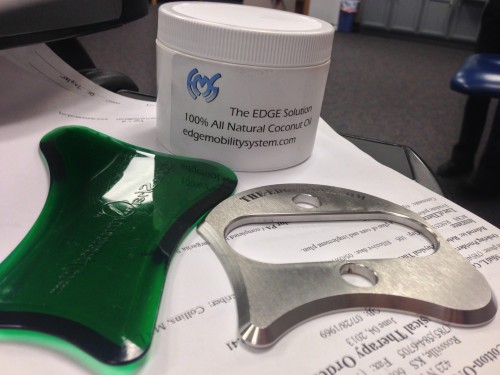 These are the tools that Burt has been using on my left IT band, along with coconut oil. I guess that coconut oil is the new rage, at least consuming it is. Maybe rubbing it on will be just as good. 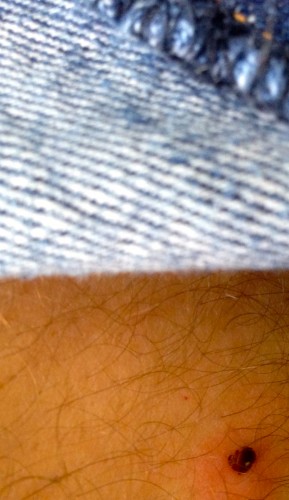 I found this tick stuck into my leg yesterday. I hate ticks. This guy was buried. The wounds always just ooze stuff for weeks. 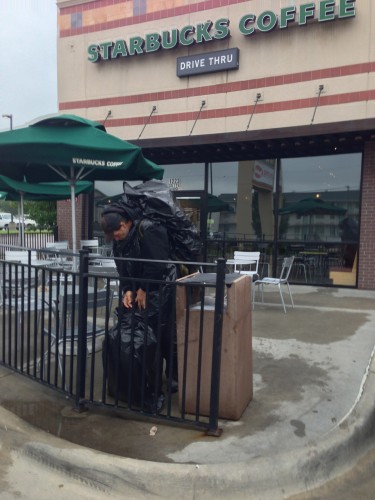 I took this at the Starbucks yesterday morning. You don’t see guys using plastic garbage bags for rain gear as much as you used to. That is a good sign I think. 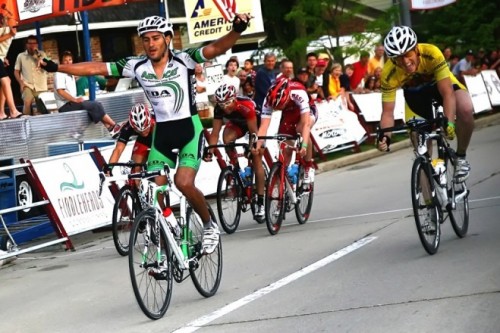 How about idiot Juan Pablo Dotti, extending his suspension that he received for doping two years ago this weekend at Tulsa Tough. This article at Velonews explains that he couldn’t keep from racing down in Argentina, so he has to sit out a couple more years. 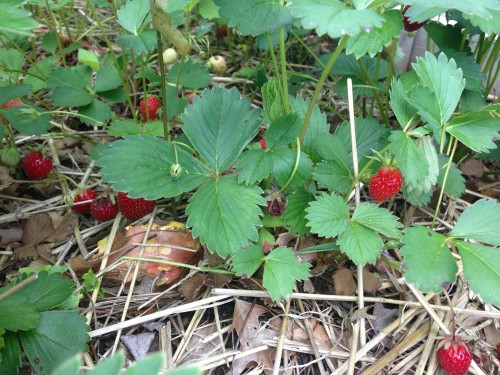 And finally, the spring crop of strawberries is going into full bearing state. I love fresh strawberries.

3 thoughts on “Racing Tonight in Tulsa and Other Stuff”