The guy that wrote this piece is the executive editor of the Salina Kansas paper. Wow is all I can say. How inappropriate of a time to try to send out his caution. And the title of the piece is so wrong. Like it makes a difference the reason the woman was out on her bike when she was killed by a hit and run driver. She was killed that involved a crime.

Better than emailing Ben and telling him he’s a complete ass, it would probably do better to email his boss, Olaf Frandsen, the editor and publisher of the Salina Journal. Here’s a link to Olaf’s email. It will only take a second to tell him that this is completely inappropriate and that his executive editor, Ben, is an idiot. 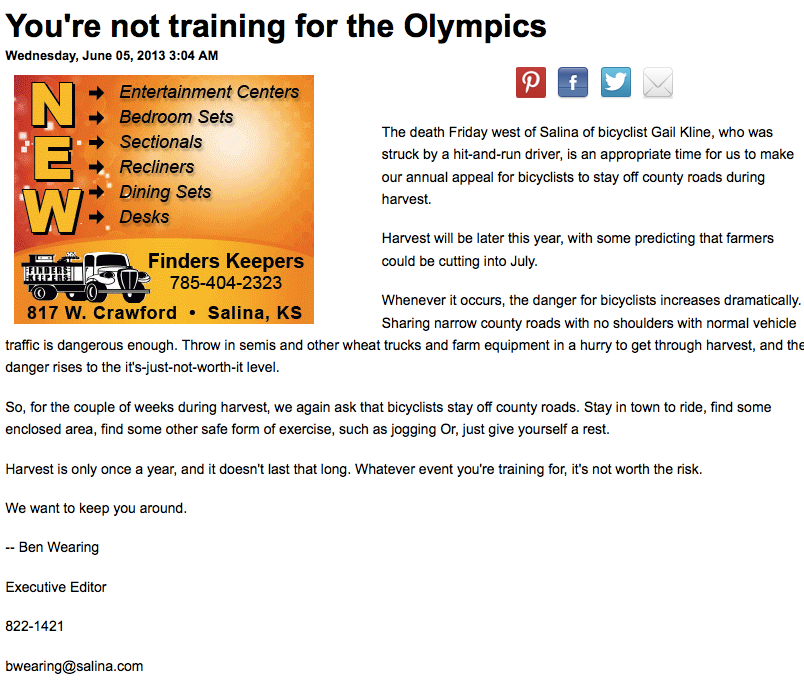