I rode for a couple hours yesterday and then drove the hour down to the finish of the Dirty Kanza. It has become a famous 200 mile gravel road race, through the Flint Hills of Kansas. We got down there with about an hour to spare before Dan Hughes, the winner, came rolling in. Dan owns Sunflower Bicycle Shop in Lawrence and has won this event 4 times now, I believe.

I was surprised how fresh Dan looked when he got to the finish. Let me tell you, it was super windy, probably more so out on some of those Flint Hills, and after riding a little over 12 hours, I would look like hell I assume.

This race has been going on for over a decade. Jim Cummins and Joel Dyke started it and it has grown ever since. The downtown mainstreet of Emporia Kansas was closed down after 4 pm and then the street party began.

Anyway, I just went down to experience some of the flavor of the event, plus support a great local event. I didn’t hang around long enough to see Tom Schuler and Lindsey finish on the high dollar, carbon, Calfee tandem or Keith Walberg roll in. Plus, many others. I wanted to, but have been feeling pretty shitty for two days now, so headed home to hang with the sicky, Bromont. He is super slow and tired from surgery and all the weird surroundings at the vet school.

I’ve been taking sudafed to keep my sinuses from draining into my lungs. It works, but makes my head all dry and feel weird. I didn’t feel nearly as bad riding yesterday as two days ago, so maybe this will just be a bump.

Here are some photos from the evening. 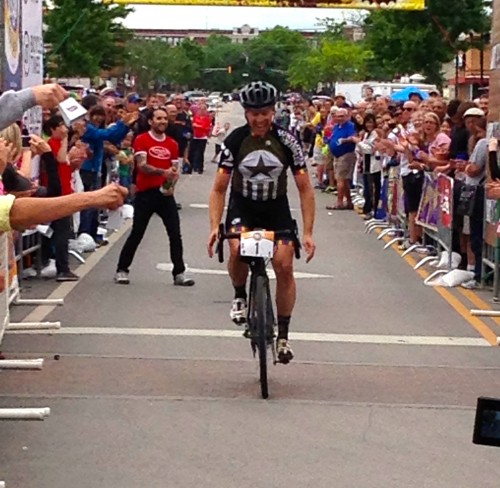 Dan rolling across the line after 12 hours. 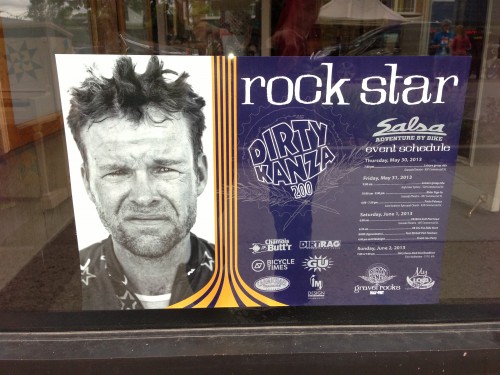 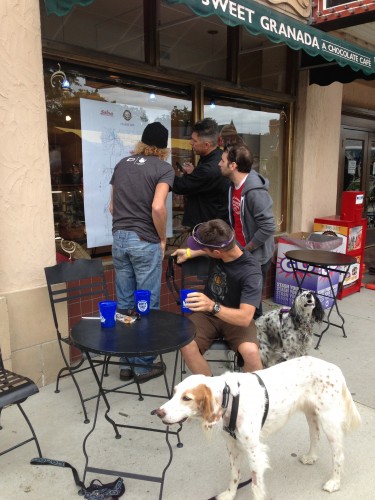 Looking over the map trying to figure out exactly when to go over to the finish. 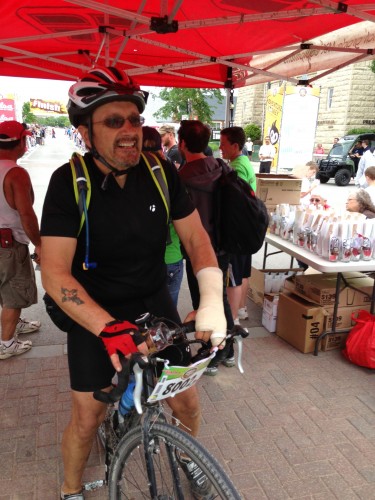 This guy rode the short 100 mile gravel race with an arm cast. He broke it last week. 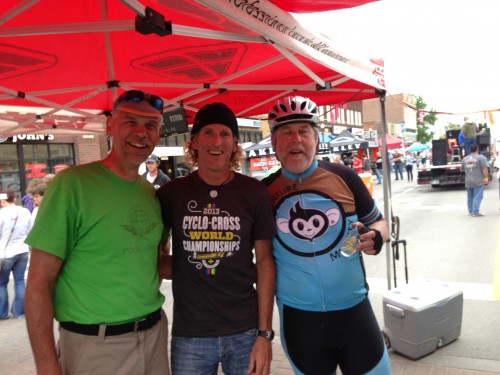 Jim Cummins, czar of the DK200, and a blog fan, that nearly ripped my arm off shaking my hand right after he crossed the finish line. 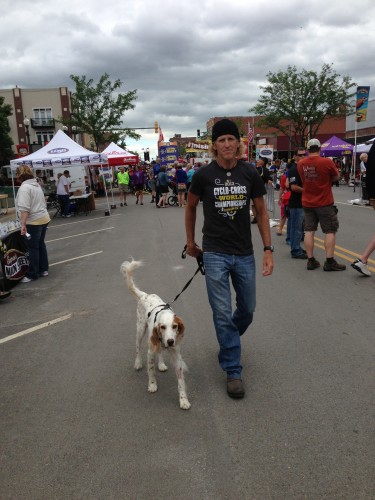 Bromont and I wandering the venue. 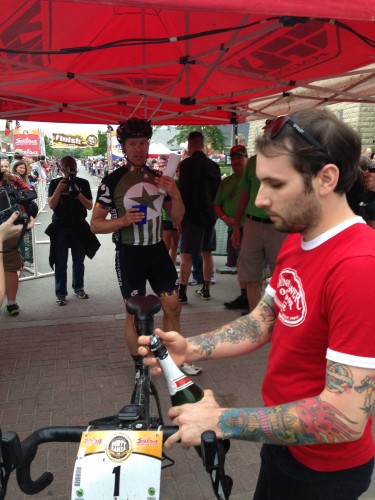 Collin, Dan’s support, popping the bubbly right after the finish. Collin was crazy nervous before Dan actually cross the line.

Dan Hughes after Winning the DK200 from Steve Tilford on Vimeo.