I was reading this article at Velonews about how Vincenzo Nibali was climbing closer to 5 watts per kilo, thus proving that he was racing the Giro clean. This was even after Danilo Di Luca, 2007 Giro winner, tested positive control for EPO, and was getting smeared by Nibali.

Here’s an excerpt from the Velonews article –

La Gazzetta didn’t cite the source of the numbers, but even at face value they provided some telling stats. The last time the Giro climbed Tre Cime, Riccardo Riccò and Di Luca were the main protagonists. Riccò, who has since been banned 12 years for illegal blood transfusions, won the stage while Di Luca cemented his grip on the pink jersey. Di Luca, after tackling three other categorized climbs, climbed the final four kilometers of the Tre Cime climb, with an average grade of 12.26 percent, in 15:30. Nibali, while racing in a snowstorm, was 2:30 slower. Using the measure of VAM (vertical meters climbed per hour), Di Luca hit 1,780 VAM in 2007 up Tre Cime, while Nibali posted 1,533 VAM up Tre Cime with 5.29 watts/kg.

Citing Nibali’s numbers on the other major climbs, La Gazzetta also estimated that he climbed the last 10km of the Montasio climb in 29:49, with 5.05 watts/kg. Those numbers were challenged by none other than Ferrari, who pegged Nibali’s power up the Montasio climb at a whopping 6.4 watts/kg.

Notice the challenge by Michele Ferrari on his website from May 20th. He says Nibali was doing 6.4 watts/kilogram. Ferrari is a proven liar, but according to just about every rider that admitted to doping and those that didn’t, he was the most sought after coach of all time in cycling. I very much doubt that he doesn’t know how to do the formula for climbing power, especially on Italian climbs.

But, why trust him. I’m pretty sure there are some pretty smart fellas out there. And I’m sure that some of you can figure this out. I probably even could, but don’t have the time to do all the research right now. Why doesn’t someone that does these sort of things, figure out the real number and post it here. That would be very interesting. Somebody has probably already done it and we just need to find it. I haven’t been using a power meter very long, but long enough to know that there is a huge difference between 5 and 6.4 watts/per kg. That would be like me riding at 350 watts, which is doable, to 450 watts, which is completely beyond any ability I’ve even dreamed of. The La Gazzetta number seems way low to me for a Grand Tour winner’s move, so both numbers are suspect.

Yesterday it was stormy here in Kansas. It cleared up right after we got the call from the Vet hospital about Bromont. So I went out for a ride. I didn’t have any specific plan. Pretty soon I was way out of town and ended up riding 83 miles. It was super muggy, so I had to stop after 50 miles and get some Gatorade. I rarely just end up riding over 4 hours when I’m not planning on it. It was super nice out, wind around 15 mph, which is calm by Kansas standards and mid 70’s. It was nice to get in some miles.

There are races in Wichita and Oklahoma City this weekend. All criteriums. Plus, the Dirty Kanza 2oo mile gravel road race is on Saturday. I have a bunch of friends coming in to ride that. I don’t have much desire for that right now in my routine, but you never know. It should be a nice day for it, in the mid 70’s and dry. It has rained a bunch out in the Flint Hills the last few days, so some of the roads could be pretty eroded or just plain muddy. Could be interesting.

Last, but not least, storms rolled through again late last night and pummeled our house with pretty huge hail. And it wasn’t for a short duration. I haven’t went out there yet this morning, but I know all the cars and house roof is toast. Man, this is getting old. 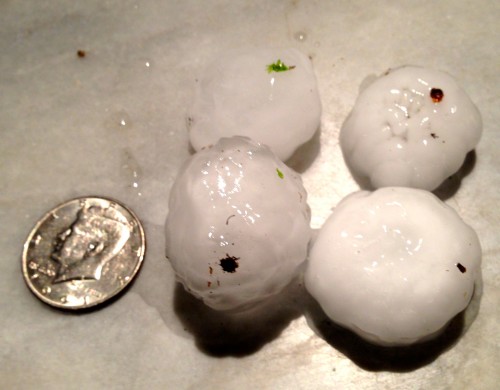 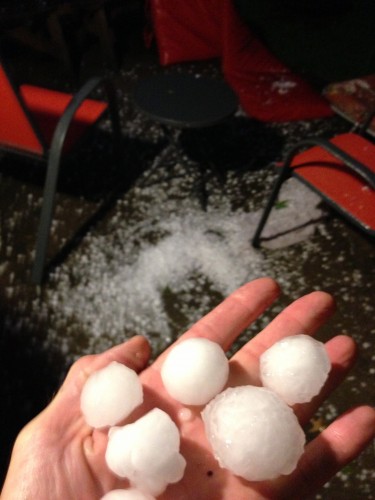 It must be global warming. 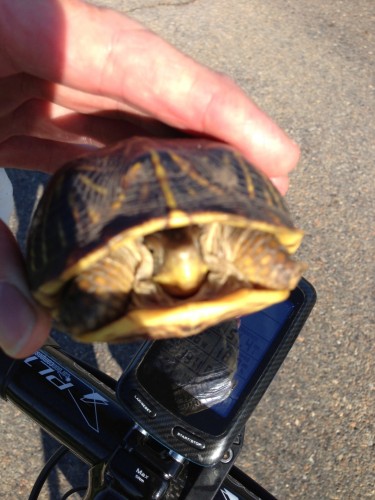 I picked up 3 or 4 turtles today off the road. It was a turtle slaughter by automobiles the last couple days. Snakes too. Whenever it rains a ton, those guys look for high, dry ground, which ends up being the road. It isn’t pretty. 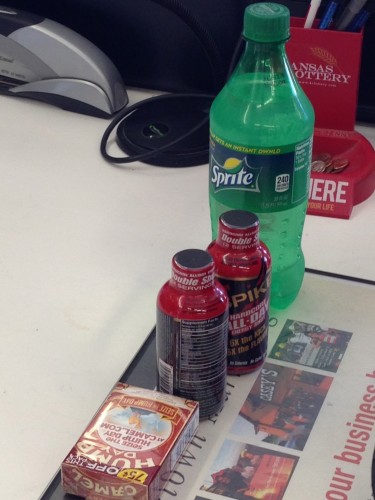 The lady ahead of me in line at Casey’s was buying this. She was a nurse, or at least dressed like a nurse. 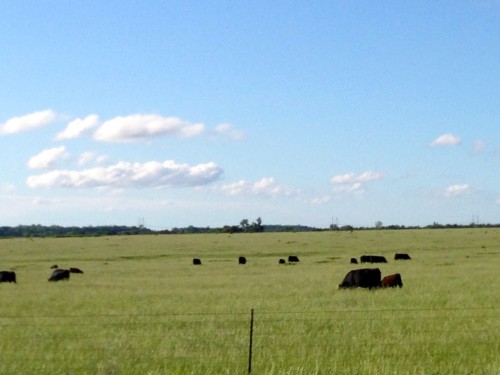 It’s rained so much here that the cattle are standing in belly deep grass. Should be a good year for cattle. 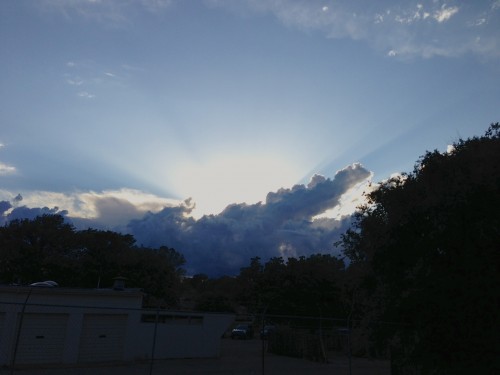 The storms were just starting up again when I got home. Got caught in a thunderstorm walking Frankie, the weiner dog ,last night.