Like I posted yesterday, Snake Alley is one of my favorite races of the year. This year I didn’t have super big aspirations, but thought I could ride alright. And I did, sort of.

I woke up yesterday morning and my shoulder was aching like crazy. And I could hardly move it. I have no idea what that is all about. It must of been something to do with the cool weather. Even after the race, I was about where I was at 2 months ago in movement.

It had rained most of the day, but cleared about an 1/2 hour before the women’s race, which was right before the 1/2 race.

I got one of the few call-ups to the front, mainly since I’ve won the race a couple times before. I wasn’t planning on starting at any break neck speed, just ride steady. I rode up the hill pretty easy the first few laps. I actually just sat up over the top, realizing that I could coast back up the guys in front of me on the headwind descent.

I felt okay the first 3 laps, then started feeling worse. It was mainly the last couple switchbacks at the top of the climb. I was recovering alright, I just didn’t have the juice to ride the hill the whole way at speed. But after 3 or 4 bad laps, it seemed to be getting better. I was making it further and further up the climb each time good.

Then disaster stuck at 10 to go, which is 1/2 way through the race. I was sprinting onto the bricks on the left side and shifting as I entered the alley. But, I got a little cut off and had to do a stutter coast/pedal thing. When I started pedaling, my chain popped off to the inside. It is the first time that I’ve ever dropped my chain at this race and I’ve raced it a ton of times. It is the first time I’ve dropped my chain riding Di2 also. I think it was the coasting while the shifting was taking place. Whatever the reason, I had to stop and put my chain back on and try to get going on the steep pitch. It was over the second it happened.

I lost 30 seconds on that lap, according to the Strava record to the right. It seemed like a ton more. I kind of gave up, but then decided to just keep going. A guy had ridden up to me when I was messing around and I rode the last 8 laps with him. We actually weren’t going that bad. If you take the 30 seconds I lost the lap I dropped my chain, we lost less than minute to the front group the last 1/2 of the race which was 24 minutes. That isn’t so much, considering.

Texas Road House guys got 1st and 2nd. Adam Leibovitz won the race out of a field sprint of over 20 riders. He won the Collegiate Nationals and is riding pretty good this season so far. For sure I would have been in there. I was riding so much better the 2nd have of the race than the first. I have no idea how it would have turned out, but I’m okay with the way I rode.

I haven’t been riding the power meter very long. I have a average wattage of 340 watts for the race, which is much higher than any training ride I’ve done. I don’t know what the means in comparison to anything else, but once I get some form and race a lot more, than number should be considerably higher I’d think. I knew I was going better towards the end. The last lap up the climb, I rode the 2nd highest wattage of the race at 578 watts and it didn’t seem nearly as hard as most of the previous laps.

It is supposed to rain today for Mellon City and rain tomorrow for the Quad Cities Criterium. Mellow City should be alright in the wet, but Quad Cities will be ugly. 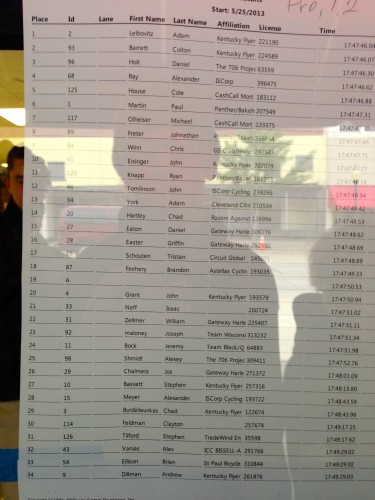 Results. A little hard to read because of the glare. You can click twice to enlarge. 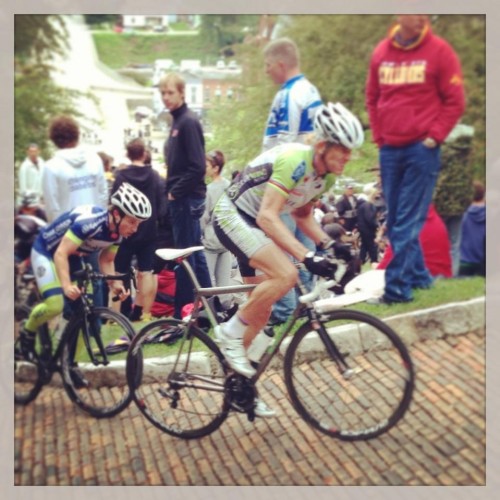 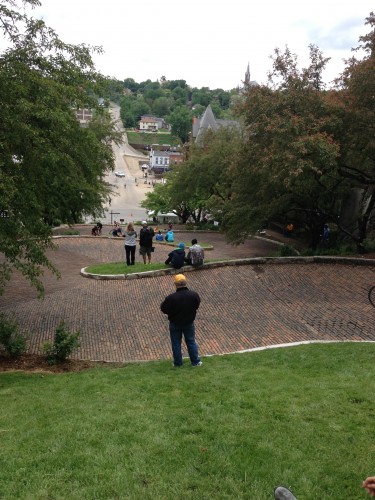 Here is a picture of some of the climb from about 2/3 the way up. 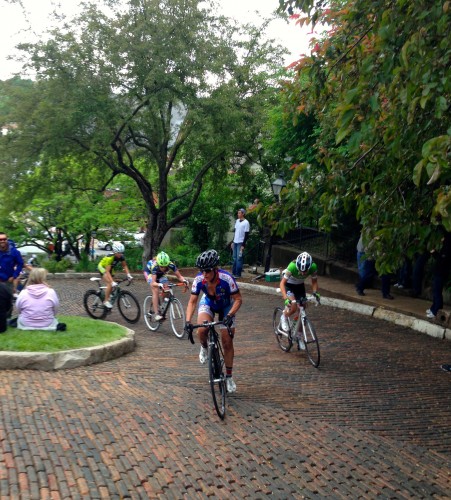 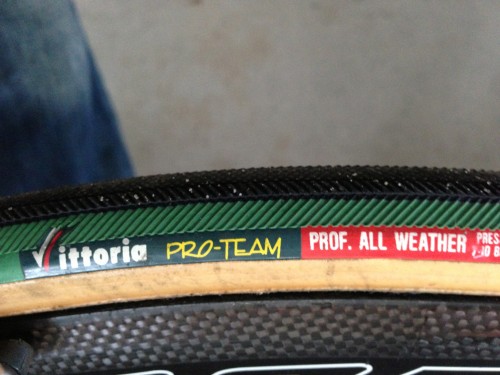 I have these tires mounted up on some fast wheels for the next two days. 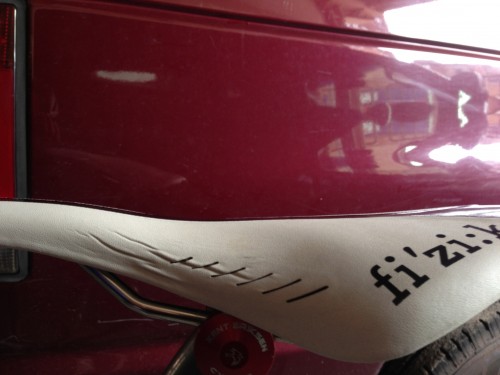 Something is the matter with my saddle. I’m putting a new one on this morning. 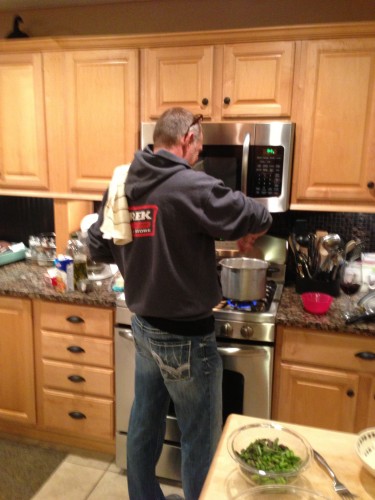 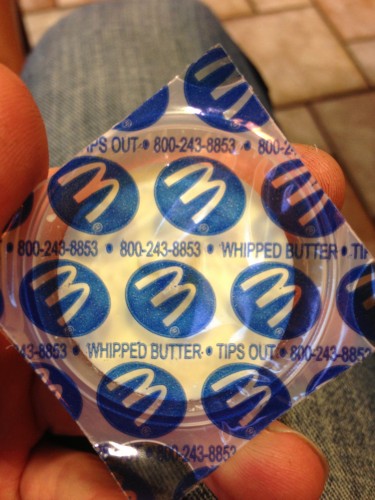 Most the McDonald’s in Iowa and Wisconsin serve real butter with their pancakes. I like it so much more.