I was watching the Giro on the internet yesterday and couldn’t believe that 3 or 4 teams put all their riders on the front with 20 km to go, riding in the wind in “team formation”. I suppose this was supposed to make it easier for their team GC leaders ride safely to the 3 km point, but in reality, the whole process just makes it more dangerous for the whole peloton. But, that isn’t the point here. I was mildly perplexed, to say the least, when David Harmon, I believe, the commentator along with Sean Kelly, said something like, “The way these guys recover nowadays, this is a walk in the park for them and they won’t even feel it tomorrow.” That wasn’t exactly it, but close.

I know these guys have to say something to keep the audience entertained, but this was a statement that might be accurate or not, I don’t know, but there is no reason that the current generation of cyclists should be able to recover any quicker than riders 10 or 20 years ago. If anything, they should be recovering worse since the implementation of the no needles policy, making IV’s illegal. It seemed weird having experienced bike race observers saying what seemed to be stupid statements, but statement made because of watching the sport the last 20 years.

Let me give you a history of comparing the racing in the US to Europe. Back in the 80’s, when I was getting me feet wet internationally, cycling was a very small sport in the United States. It was small, but growing in leaps and bounds. And it was a very immature sport too, with the sport being established and competed in Europe for the better part of the century. When I turned senior and rode on the National team, I was nothing special. I was a good bike racer, kind of skinny, but could climb and sprint okay. When I first went to Europe on the national team, I went to Southern France and Italy with what was considered the “B” team. The “A” guys went with Eddie B. to race in France mainly. Anyway, the first race I went to was the Tour of Vaucluse. It was in Southern France and one stage climbed Mt Ventoux.

Most of the riders on the team were my age, 20 or 21 and very green. Bernard Thévenet and Robert Millar were there on the Peugeot Professional Team. Bernard Thévenet had won two Tour de Frances. Laurent Fignon and many other Tour stage winners were riding on their respective National Teams. The field was good. But, we were good too. We didn’t win any races, but I finished in the top 10 a couple days.

We all did. The up and coming Americans could and did hold their own with the best European racers and the sport had just started. My team mate Andy Hampsten, won a stage in the Giro, the first time he rode in a Grand Tour. He finished 4th in the Tour de France, the first time he competed in it, with Greg Lemond winning. Americans on the National team through the 80’s won many prestigious amateur races. I was on the American team with Roy Knickman and Jeff Pierce who won the Tour of Berlin. I was on the US Team with Alexi Grewal, Andy, Chris Carmichael, when Matt Eaton won the British Milk Race, which was arguably the most prestigious amateur stage race in the world at the time. Later on when the best Europeans came to the US to race in the Coor’s Classic, the Americans had no problems winning stages and competing on the highest level. I finished 2nd overall in the Tour of the Americas, when many of the best European in the world came. We were a very small cycling country and were having stellar results.

And the sport was very small, barely crawling in infant terms. Then, all of a sudden, somewhere in the early to mid 90’s that all changed. All of a sudden the speeds in Europe got stupid fast. It was like I was a junior and racing completely over my head. Andy went from winning The Tour of Switzerland, Romandie, the Giro, to hardly being able to be pack filler anymore. I witnessed it first hand. It was a joke. So, I switched to MTB racing.

And the same thing happened in MTB racing, but it was delayed by a couple years. When the Americans first went to Europe, we ruled MTB racing. John Tomac and Ned would duke it out for 1st place and sometimes the majority of riders in the top 10 would be from the United States. Then it got stupid. Abunch of whole teams, like the Giant Team, Sun Chippie from France, and others, all of a sudden, every rider on these team could crush the best Americans. Plus, many Canadians were doing the same thing. Very quickly we became non-competitive internationally.

So, flash forward through the years. Obviously, after the admissions of doping of nearly ever American road rider that has had a result in the past 10 years, we as a country, haven’t been able to compete on any level on the road. And our sport is way more mature. There are 3 times as many licensed bicycle racers in the United States now than there were in the late 80’s. 5 times more than the early 80’s. We should have more riders that are good on the international scene than we did in the 80’s, because we have a much bigger pool of athletes to choose from, and, if anything, the sport is smaller in most of Europe.

But, no. The US is a farm team training facility for the “real” races over in Europe. There is no reason that we shouldn’t have the best criterium riders in the world. We race more criteriums than every other country on the planet combined. But, these guys show up from Australia, South American, just about anywhere and make us, once again, look like children.

Let me tell you, there is no reason that the races over here should be any different than the races in Europe. If anything, we should be faster. I’m sick of people saying that the reason the racing in Europe is so much more “advanced” than here is because they are all that much better. It wasn’t the case in the 80’s and early 90’s, but as our sport got more developed, we fell further and further behind. All of a sudden, we’re barely AAA compared to European bike racing.

We have more bike races than ever before. And more professional teams traveling extensively. USAC has a much more developed program that sends our best riders over to Europe for extended periods. And we suck. Any explanations for this?

Doping in the sport is the only explanation. When the racing here is on par, once again, with the racing in Europe, then I’ll be satisfied that the problem has cleared, but until then, let’s not all be making all these excuses and reasons for the Americans not to be riding on par with their European counterparts. Nearly all of them are just not true. 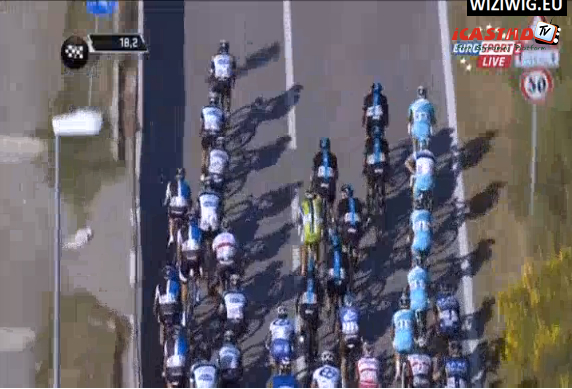 Teams can ride at the front for day after day, for nearly three weeks, because they recover so quickly nowadays? Bullshit.