Shimano and Sram are both 11 speed now. Shimano had 11 speed in Dura-Ace last year and now the electronic Ultegra group is going to 11 speed. This tread is a little disturbing, adding more cogs every few years. I have to admit that going from 5 to 6 was amazing, the 6 to 7 was great too. But, somewhere between 8-11, it lost it appeal. I didn’t really get that much more performance out of 10 gears in the back than 9. Yeah, it is nice having a 16 on a 23 casette, but in reality, it isn’t that important.

Sure, the more cogs we get in the back, the less we have to change the cassettes during races. But, what does that take, 5 minutes. It’s not a big part of the race prep and it’s easy.

When the change was 8 to 9, Frank and Mark McCormack left their cross bikes all set up with 8 speed for a couple years after. They said, and I agreed, that the 8 speed cassette shifted better when it was full of mud than the 9 speed. It was the same with MTB cassettes. I wonder if we went back and put 8 cogs back on, would the shifting still feel better with less cogs?

I ran into a guy over at Meniningers in Topeka last week. He was from the country, outside of Topeka, and had a MTB bike strapped into the back of his pickup. He was looking for some trails to ride on. I thought it was sort of weird that he drove up and asked me, since he did have a bunch of questions that were pretty specific and I was one of a hand full of people in Topeka that could answer them. Anyway, he’d went to Dick”s Sporting Goods and bought the most expensive bike there. He ended up with a Diamondback something. I can’t say it was a total waste of money, but it was a gip at 600 bucks. Shitty derailleurs, mechanical disc brakes and 7 speed in the back. He asked me if there were bikes with more 21 speeds. He was using the old “10 speed” lingo. He was shocked that there were 33 speed bikes and I was shocked that they still sold bikes with 7 cogs in the back.

I had planned on using the new 11 speed last year in cross. But I only had one new Dura-Ace rear wheel that works with the 11 speed cogs and didn’t feel it was worth it mixing and matching between 10 and 11 speed wheels and bikes. It has been nice using the same wheels for 8-9-10 speed cassettes. Changing wheels for 11 speed is a real hassle. At least for me. I have a garage full of a pretty great race wheel selection and am not looking forward to all those wheels becoming obsolete.

You know, I’m writing all this and just realized that I’ve been riding the new Shimano 11 speed chain for the past few months and it is a vast improvement over the 10 speed chain. Maybe the cassette will be that much better too?

I do understand that equipment manufactures have to keep upgrading and improving their products. But in this case, it isn’t that big an upgrade in my book. Maybe I’ll be surprised here, you never know. 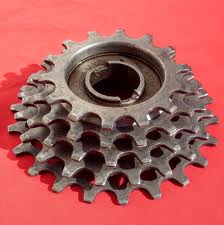 This used to be the state of art, a Regina 5 speed freewheel. 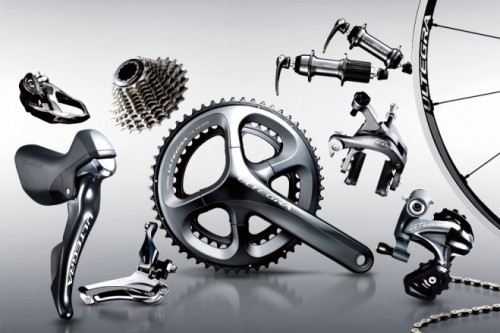