I never can quite figure out why things change up so much on a daily basis training. Yesterday I thought I’d ride over towards Lawrence and check out a criterium in a local stage race, then head over to Liberty Hall and get some tickets to Josh Ritter tonight, go back to the criterium to watch the end of the women’s race and head back to Topeka. Bill and I did just that. Dennis tagged along for the ride over, but headed back a little early.

Anyway, I was surprised that I seemed to run out of juice at less than 50 miles. The wind was from the east pretty good again, over 20, maybe higher, but we weren’t setting any records riding into it. I thought it was truly going to be a long, slow, distance day. But by the time we got to Lawrence, I was started to feel a little bonky. It might of been a combination of a few things. I was a little cold all ride. I was in the wind all ride. I was a little tired from the previous two days. I don’t exactly know. All I know was that I needed to get a coffee and an oatmeal cookie to ride home.

We were riding back with a pretty good tailwind. The wind had calmed down some later in the afternoon, but it was still from behind pretty strong. About 1/2 way back I felt alright again. Doesn’t it seem logical that once you start losing energy that you’d just keep losing energy? It does to me. But I’ve experienced it a million times where I’m feeling badly early or later on a ride, then a hour or two later feel great. I wonder what our bodies do to reset and get back on the right track. I’m not complaining, but I don’t really know how to help it get back on the right track other than sticking some stuff in my mouth.

I do know that last night when I walked Bromont down to the park late at night, my legs were pretty tired. I have been doing some just okay miles, but not enough to be wasted. At least I wouldn’t think I’d be wasted that easily. It has been windy though.

Dennis is heading back North to Cable. He has a Birkie board meeting on Monday. It was -1 there yesterday morning and there is still more than a foot of snow on the ground. Some Spring there.

Trudi is going to start driving from Santa Rosa to Silver City New Mexico. That is a really long drive. She’s ridden a couple times already in California, so the this stint of her job has started off pretty good.

Okay, today, after watching the finish of Liège-Bastogne-Liège, Bill and I are going to ride over and do one lap of the road course of the stage race, watch the finish and then head home. It should be 70 something miles. The wind is supposed to be blowing 20-30 mph from the south, so it should be hard. Nothing new there. 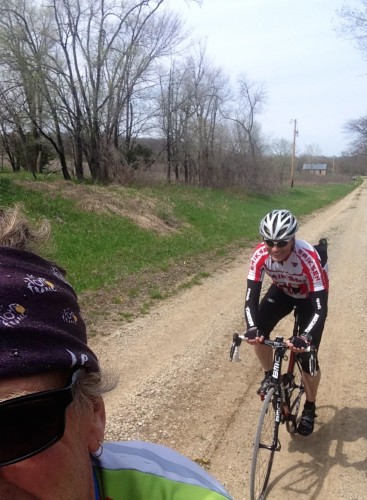 Dennis following on gravel on his new road bike. It is rarer than a Yeti sighting. 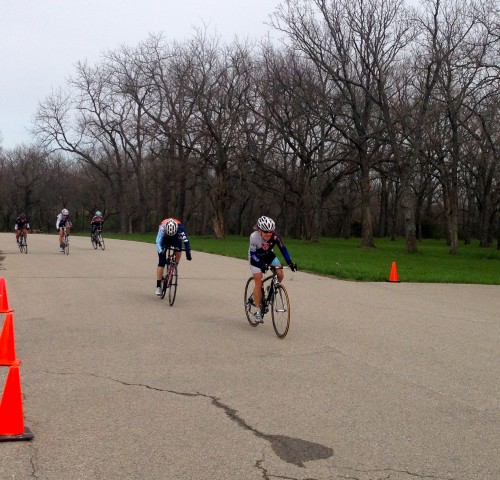 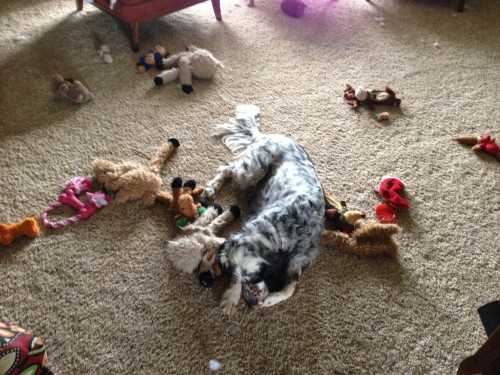 Dennis’ dog Hawkeye obviously had a hard time deciding what toy he wanted to play with. 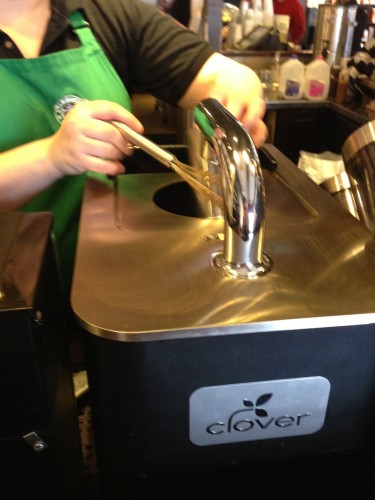 This is a Clover coffee machine they have at the Starbucks at the Plaza in Kansas City. It is pretty rare, there aren’t many around. It makes excellent coffee. 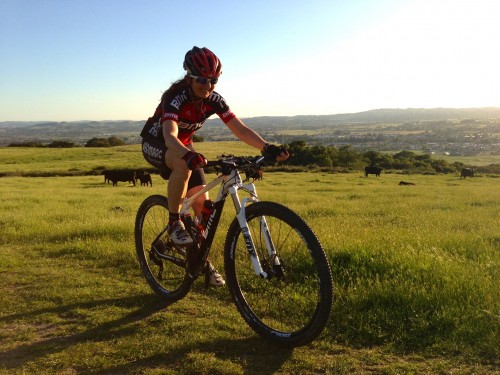 Trudi out towards dusk riding a BMC 29’r in California. Now she wants one, go figure.

3 thoughts on “Bonking, then No Bonking”