I read this article about the Belgium police coming to some of the team hotels looking for specific riders that were identified as having littered during last year’s version of Liège-Bastogne-Liège. Potentially, this could stop these very riders from toeing the start line tomorrow in Liège.

This is ridiculous on so many levels that I can’t believe the Belgium authorities would even take the complain seriously. Especially seriously enough to go to the team hotels and ask for specific riders phone numbers. The article says that the riders are most likely the ones riding at the front of the race, as that would be the majority of the television coverage.

Throwing water bottles in a bike race is just part of the race. I have to estimate that I’ve personally thrown 1000’s upon 1000’s of water bottles away in races. I always throw my bottle to a spectator if I’m out in the country. That is if I’m not in the feed zone. If I’m there, I just drop the bottle in the area. I usually, nearly always put a wrapper from a shot or gel back into my pocket. There are some very isolated instances, such as when I’m feeding and something unexpected occurs, I drop it. And sometimes in a MTB race, I think I’m in a place I can get the wrapper back in my pocket, but it gets rougher than I anticipated and I have to drop the wrapper. But, this is a mistake, not on purpose.

But, whatever the reason, this is just dumb. If the Belgium police are serious about this, then they need to be talking to the promoters of the race and not to the riders. All the promoters need to do is have a sweeper gang that follows the race that cleans up the trash. It’s just common sense.

I very much doubt that a Professional rider isn’t going to be able to start tomorrow’s race because of this ongoing investigation. The whole thing is ludicrous. 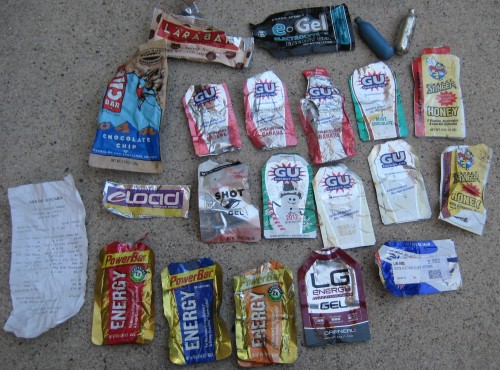 12 thoughts on “Littering in the Classics”