Jimmy Mac, friend and editor of Mountain Bike Action, called me last week and asked me what I thought about the “new” rule Rule 1.2.019 which pretty much states that if you have a UCI license and race a non sanctioned bicycle race, such as Leadville 100, Mount Washington Hill Climb, Chequamengon, Whisky 50, Berryman Epic, etc., you can be fined and/or suspended up to 30 days.

I guess that USAC had asked for clarification of the rule and that after Pat McQuaid, seeming czar of all cycling worldwide, informed USAC of his interpretation of the rule. Then, USAC sent out an email that included Mr. McQuaid’s letter and said that they had no choice but to enforce the UCI directive and stated “Therefore, as a member of the International Federation, USA Cycling will comply with the direction from the UCI.”

First of all I need to state that the rule itself just plain sucks and that USAC are chicken shits and have completely rolled over on this. My view of what the organization, which is called USAC, is supposed to do is to promote and encourage the sport of cycling in the United States. This does exactly the opposite of that.

2nd of all, I doubt that the sanctions are legal. I’m not sure if the rule itself is legal in the United States. It’s like the UCI rule that states that more than 50% of the riders on a Continental Pro team have to be under 27 years old. Someone needs to legally challenge both these rules. Any takers?

This rule has been in place for quite a while. USAC just needs to ignore the enforcement or tell the UCI that it isn’t healthy for the sport here in the US and that they don’t plan on enforcing it. After they do this, they need to come up with a better way to encourage all these unsanctioned events to be join them, no matter how superficially. I know they sent out a plan to try to encourage that, but it needs to be at nearly no cost to the promoter. It doesn’t need to be a win-win situation, it needs to be a we’re giving something for free, win, situation for the unsanctioned races.

These races and many more like it are the back bone of American bike racing, especially on the MTB side. As a athlete, I can’t tolerate an organization that tries to tell me which events I can and can’t participate in. I know they feel like they need to have a monopoly on the sport, but that isn’t how it works here in the US.

I personally, plan to ignore the rule. I’ve been doing Chequamegon, and many other unsanctioned events, nearly forever and don’t plan on stopping because these organizations don’t have the mental capacities to make decisions that would benefit all involved. They’ve, once again, lost focus of what is important in the sport and what isn’t.

Here’s a editorial that JHK wrote for Velonews today that explains the situation better. 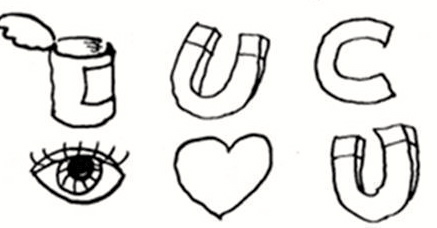