I don’t really understand the schedule that Bradley Wiggins is doing this season. Last year he won virtually every time he clipped in and this year he has decided to change his training and hole up in Tenerife and “practice” climbing. He says – “We’re working more on the explosivity in the climbs. I don’t like it. It’s the worst part of training. We do a lot of that at altitude; we’ve been two weeks at altitude doing that,” he said. “Sometimes the stuff you don’t enjoy doing, it’s the stuff that works. If you only do what you like doing, you have the Bradley Wiggins of 2010.” But, later on he goes and states – “This year, I am training more than racing. I almost prefer the training camps to the racing,” Wiggins said. “You learn from the previous year. This year has been harder because the stuff we did last year, it’s a continual thing. The training we do now, I never imagined we’d do three years ago.” As normal, Bradley contradicts himself and he can’t decide if he likes training or not.

It seems like doubling up the Giro and the Tour is in style this season. Cadel announced that he is doing it also. But, Cadel has been racing this year, not just training. Cadel is a little more old school than Bradley, it seems, and likes to race his bike.

I really don’t get the not racing deal. It seems to me, that bike racers race bikes. And they train to get fit enough to race and then they race. It would be like being a basketball player and you prefer to go to the park and shoot free throws than play an actual game. It doesn’t make any sense to me.

My friend, Rod Lake, had an extra power meter sitting around and he sent it to me and I installed it on my bike yesterday and rode. First time in my life I’ve ridden with a power meter. I hove no idea how this is going to change anything I do riding. Hopefully it will give me some important information that I can use to race faster, but I don’t know what that information will be as of yet. But, I guarantee that I’ll never be a Wiggins type that prefers training to racing. I can and never will be a fan of guys like that. 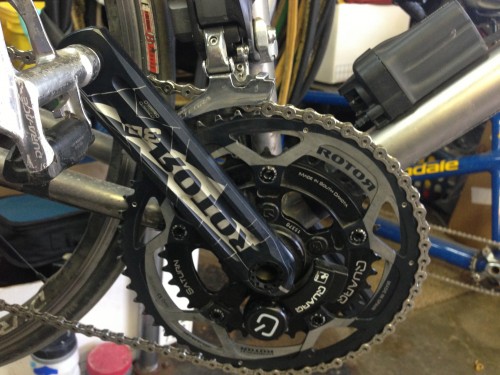 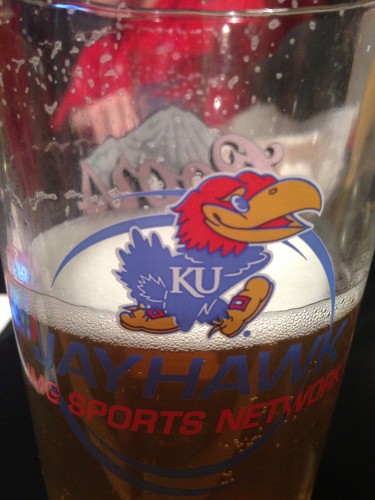 We all needed a little more of this yesterday after watching KU melt the last 3 minutes of the game yesterday. 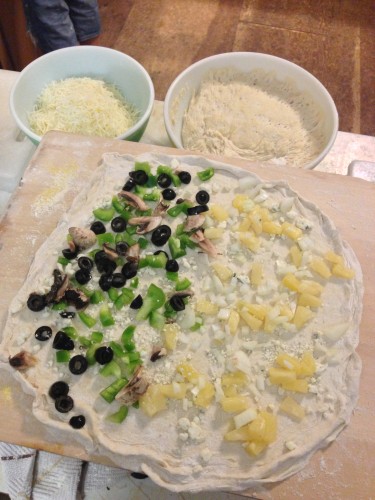 A bunch of people came over for the game last night and I made pizza. 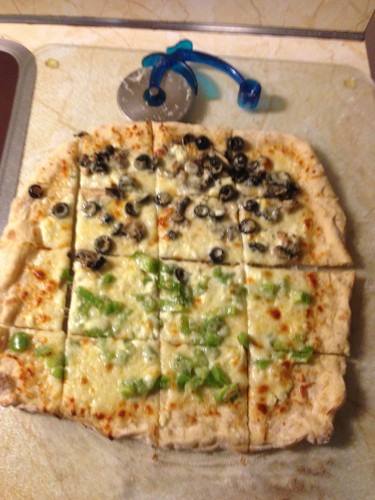 I think I made 7 or 8 pizzas. It was the first time that I’ve ever had left overs. 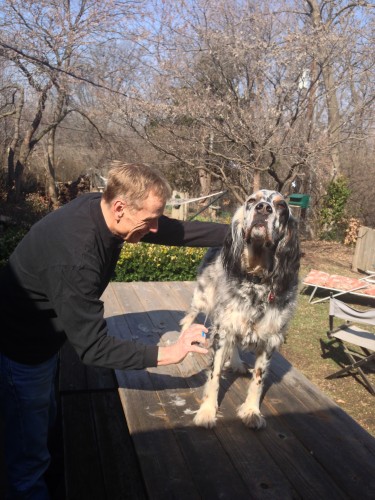 Here is Dennis cooling down his dog Hawkeye on the picnic table. It’s been pretty nice the last couple days, in the 60’s and Hawk is used to cold Wisconsin temperatures.

10 thoughts on “Training Over Racing”