Yesterday I clipped in outside for the first time since February 10th. That is a little over 6 weeks of no outside bikin’. I did ride a few times indoors. I probably could have ridden more inside, but was too jacked up on Perocet for the first couple weeks and then thought that it was detrimental to my shoulder healing, taking it out of the sling, later on.

I had to split up it up into two rides. That is my plan for the first bit to get more time on the bike. The weather is sort of dictating that too. That is soon to change. It was in the lower 30’s most of the day and dropped to the upper 20’s for the end of the 2nd ride. It is supposed to be in the mid 60’s on Thursday and that is supposed to last for a while.

It is amazing how easy it is to get out of shape. I’m not terribly out of shape, just not close to race form. And the problem I have is that I usually use races to get into race form. It is going to be pretty unenjoyable using races to get into race shape when everyone else is already in race shape. I probably can’t race for at least another month or longer, so it might be May before that happens. I think that I have to get the muscles surrounding my arm into pretty good shape before I take any risk of falling on it. Since right now, I can’t even lift my arm from my side, that might be longer than I think, but I hope not.

I rode with a couple others both the rides. I ended up in the front nearly the whole way both times. I’m not sure what that was all about. Catherine rode with me the 2nd ride, along with Jack Funk. Catherine couldn’t exercise after collapsing her lung at Cross Nationals, so she is a little behind with me. Jack is a first year Elite and was multiple Junior National Champion. He has been racing with the Pro 1/2’s some this past year, so he’ll be fine this year. The last 15 miles of the 2nd ride, I pretty much ran out of juice. So, I only had about 2 1/2 hours in me. I ended up with 66 miles I think, which was a good number. (Strava stats on the right.) It wasn’t slow enough for my liking, but I couldn’t help myself. I have to admit, I was going pretty much stir crazy and riding was a wonderful thing. Now that it is nearly spring, things are looking up for sure.

My friend, Dennis Kruse drove down from Cable yesterday with his dog, Hawkeye. Bromont and Hawk are buddies and played like crazy last night. It has been full on winter up in Cable. Dennis has been skiing on 3 feet of groomed Birkie trail the last few weeks. He was ready to get on his bike, so is going to hang down here for a while. He should be okay, even though he hasn’t been riding hardly at all yet. I’m assuming the evening rides are going to be pretty big the next week after it warms up, so there should be a lot of hiding spots.

I’d like to accomplish some projects that I couldn’t do the last month and a half because of my shoulder. But, it still isn’t close to good enough to really do anything physical. I could hardly pump up my tires yesterday. So, I’ll just be doing the easy stuff. I need to get back on a road bike and hang my cross bike up for the season. The problem is that I only have one set of Di2 and can’t go back to normal/manual shifting. I’d better get on that project.

I’m hoping to get some kind of power meter too, finally. I can’t say that I’m going to use it for any specific training, but am pretty interested in comparing numbers to other guys I know. And comparing numbers to riding inside. It is amazing how hard it is riding inside too, but riding outside is much harder. Okay, I have PT this morning in a little while and then another twice a day deal. 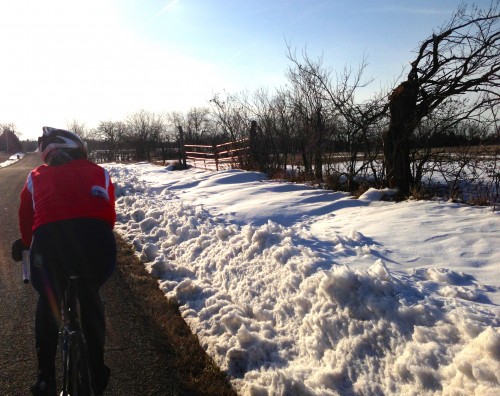 This is riding behind Catherine on the 2nd ride. There is still a bunch of snow on the ground, but that is soon to change. 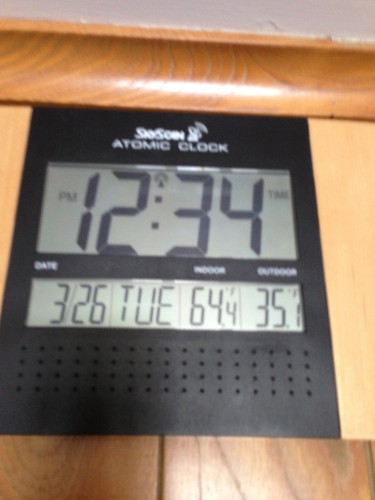 The high today was the normal low. The normal high in Topeka right now is 60 degrees. 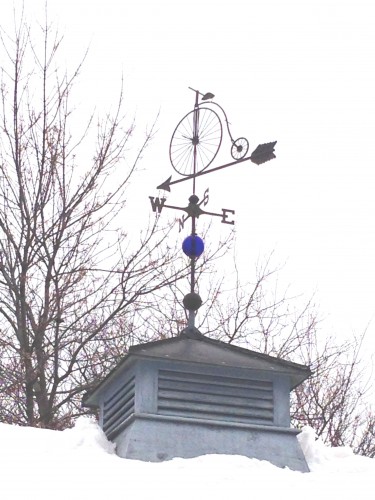 I built this a long time ago when I was re-roofing my house. It is made of copper and is standing seam. I would like to do more things with copper when my arm gets better. 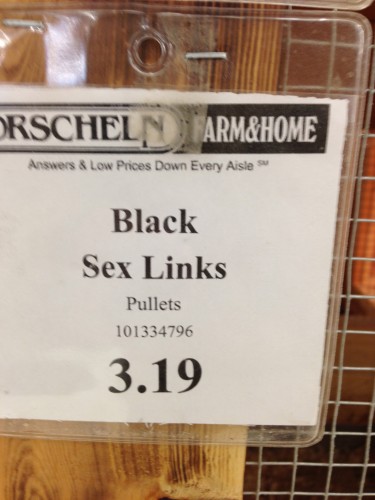 I think I’m am going to get these. They have big brown eggs and lay a bunch. I’m not sure where the name came from. 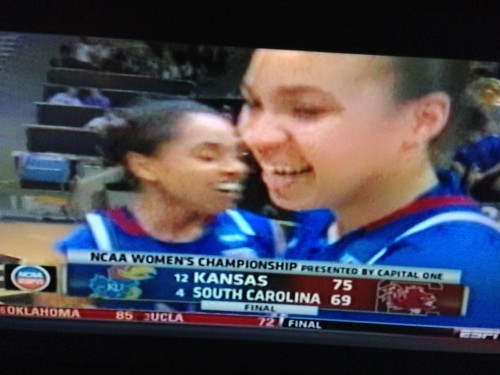 Both the KU men and women are in the Sweet 16 of the NCAA’s. The women were seeded #12 and upset South Carolina to play another weekend. Should be a good sport watching weekend for us Kansans.

4 thoughts on “Man, It’s Easy to Forget How Hard this Sport is”