Yesterday we spent the morning touring Louisville with our friends Karl and Stacie, then headed back to Topeka early afternoon. We went to the Kentucky Science Center and saw the Body Worlds exhibition and then watched an IMAX movie on the body. After that we headed over to the river and walked on a new pedestrian bridge that spans the Ohio River. The weird part about the bridge is that it is open on the Kentucky side and not finished on the Indiana side, so it is a dead end.

Driving back, we needed to make haste because an early spring snow storm was moving toward Northeast Kansas. We really didn’t stop and pretty much only ate jelly beans and drank coffee the whole way home. It started raining pretty good when we nearly got to Columbia Missouri and by the time we got to Kansas City, it was a full on blizzard. We were driving in the Honda Insight and it is so light that it doesn’t like going super fast in the snow. It didn’t matter because we got stuck behind the plows in Lawrence, so only drove 35 mph most of the way home on the Interstate.

I just went out and got the paper and there is about 8 inches of wet snow on the ground right now. Of course that would be the case the first day that I am near a bike and have the okay to try to ride some. It’s been over 6 weeks since I last rode outside, so what’s another day?

I’ve been messing with my shoulder, kneading it some and realize that a lot of the issues I’m having is the scars I have at the 5 holes cut through the muscle for the arthroscopic tools. These are not insignificant holes. The scars are deep and thick. I’m figuring if I can get these scars under control, my arm is going to work a bunch better. I’m still not really sleeping much, so I’m anxious for my shoulder to get better because training and not sleeping really doesn’t work very well.

One Kansas basketball team is already in the Sweet Sixteen. Wichita State pretty much schooled Gonzaga the last 3 minutes of the game and deserved the win. Kansas is playing late this afternoon against North Carolina. If they don’t play better than Friday, they are not going to be playing any more basketball after today. Hopefully they show up today.

I’m thinking about heading down to Austin the next couple days. The weather looks bad here and it is really not that far of a drive. My friend Ann got a new puppy and her other dog, Stanley, is feeling a little blue. Bromont could fix that in a second, since Stanley and Bromont are such good buddies.

So, sports spectating is the plan today. First Gent-Wevelgem in about an hour. Click here for the links. You could watch some of the Criterium International too if you don’t get enough bike racing. Here are some links. Then KU basketball later this afternoon. I’m going to ride inside for a while in between and hopefully get a couple more hours sleep. Guess that is kind of a full day using my present scale. 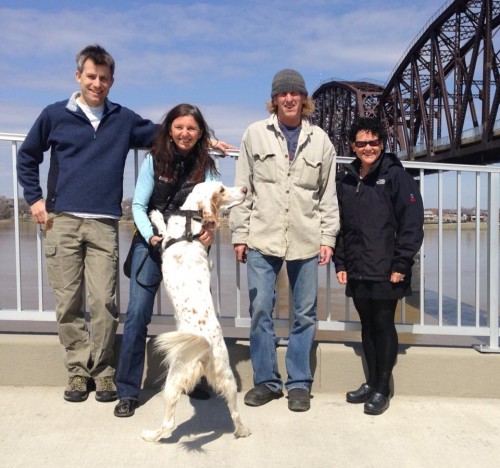 Karl, Trudi, B-man, me and Stacie at the new pedestrian bridge in Louisville. 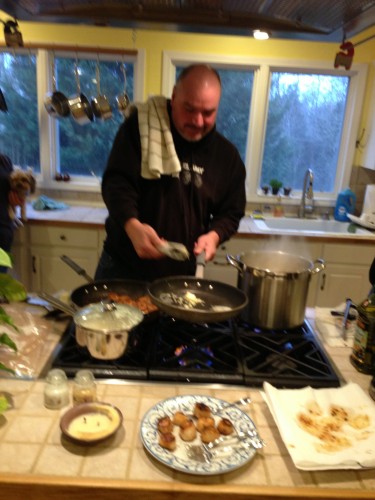 Here’s pretty much the position that Don Walker was in the last 3 hours I was with him. He cooked up a super great shrimp pasta dinner and then made incredible omelets on Saturday morning. 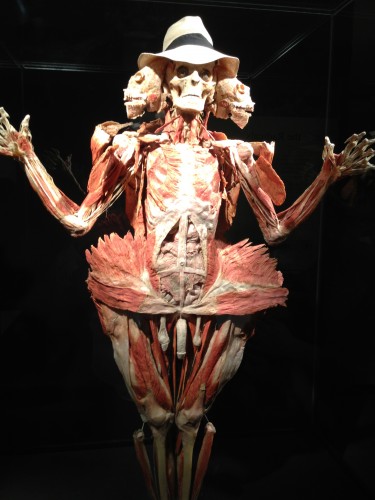 This is an example of the Body World show. It wasn’t nearly as gruesome as you might imagine. 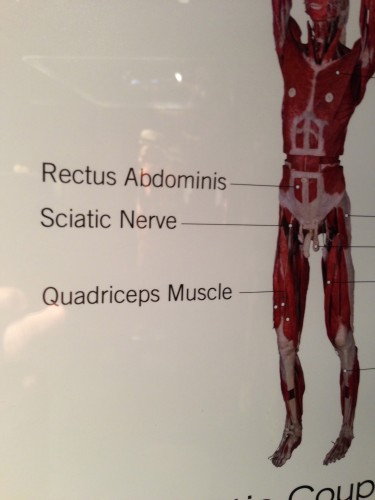 I’m not sure about the accuracy of all the information. I’m pretty sure that isn’t where the sciatic nerve is. 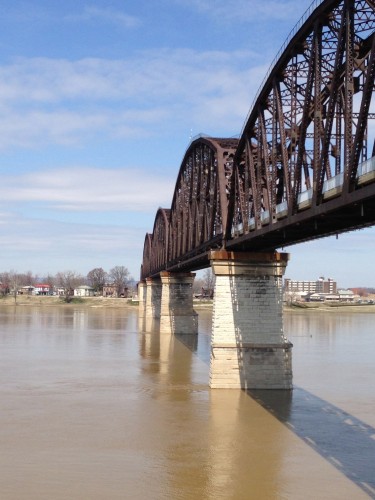 The new pedestrian bridge in Louisville. It is an old railroad bridge converted. 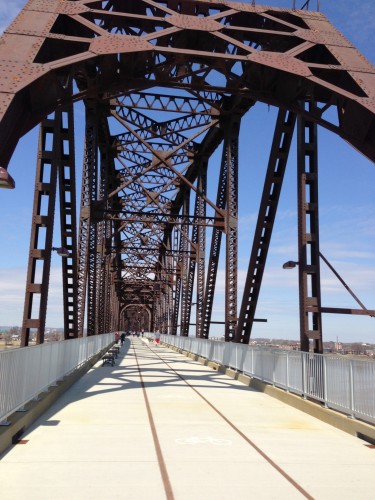 They did a very nice job. 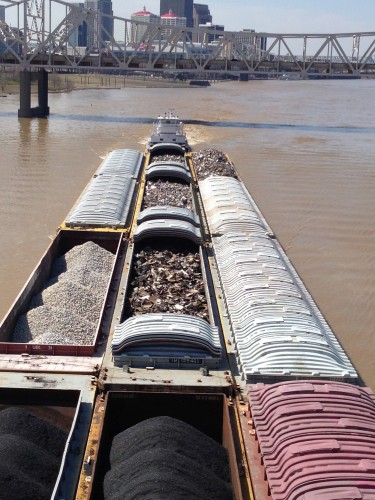 This barge was traveling up the river when we were walking. It is incredible how much weight one boat can move up a river. 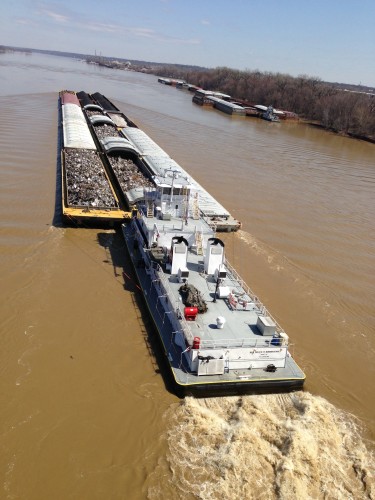 I would like to catch a ride on one of these sometime. 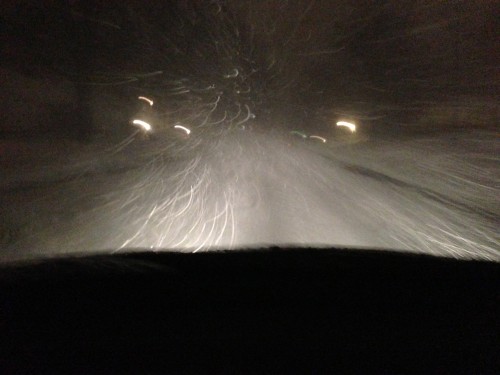 This is the Interstate highway near Topeka. Nothing plowed, just snow. 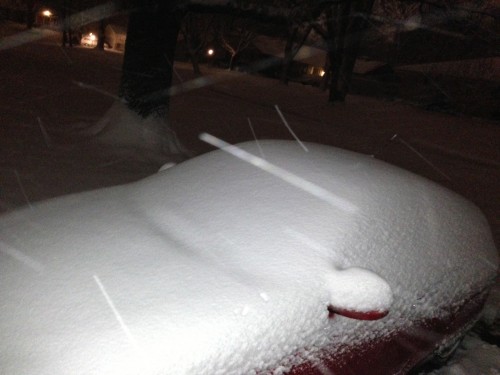 The Insight this morning. Lots of shoveling to do today.

7 thoughts on “Driving Back to Winter/Gent-Wevelgem/KU Basketball”