Man, it seems like it has been non stop since I got to Louisville. I really haven’t had a free minute the last two days. But, that is all done now. I’ve done two PT sessions and one, actually two injections and now I’m free, sort of.

Backing up to yesterday, I got an email from Don Walker, the guru of the NAHBS and custom steel framebuilder. He invited us to come to his house and stay. It has been so enjoyable. He builds from his home in two double car garages. He has a full machine shop and lots of super cool custom bikes. He sure knows a ton more about the sport, especially from the industry side, than I ever will. He used to race track in California and still really follows that aspect. He told me that he had met me once before, in 1983, at Track Nationals in LA. He was a junior. Obviously, I didn’t remember that, but it goes to show you how small the sport is. Anyway, he’s a super interesting guy, one of the good guys of the sport. He now builds and sponsors a local team, from cross too. Talk about opposite aspects of the sport of cycling, track riding and cross. But there isn’t a track in Louisville, so he jumped right into cyclocross.

I went over to Stacie’s office and got the PRP and finger fixed. The PRP thing is super interesting to me. The rep of the company that makes the equipment, Jonathan Wolczyk, happened to be there and he was a cool dude too. He rides bikes, more than just casually, and told me a ton about the procedure. He reps the Arthrex equipment that spins the blood to separate the plasma/platelets and the rest of the blood. I don’t know a ton about physiology, but it makes total sense to me. Concentrating platelets around an injured area seems like a basic, no brainer to me. Anyway, I got the procedure done and hope it helps my shoulder heal stronger.

Tonight, Don Walker is inviting a bunch of guys he sponsors to come over for dinner. He said in the summer, it’s nearly most Friday nights. Sounds like a tight bunch of guys. Then tomorrow we’re going to the Body Worlds exhibit at the Kentucky Science Center and then driving back to Topeka. I can’t really see packing any more stuff into a 3 day trip.

My TradeWind team mates are racing tomorrow at Hillsboro Roubaix in Illinois. It’s a good, hard, early season road race. Again, I wish I was going to be doing it too. But, I am going to ride on Sunday. First day on a bike in over 6 weeks. Should be alright. Just a little heavy and out of shape, but that is to be expected. 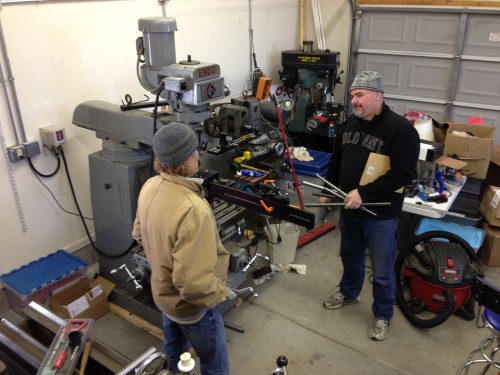 Talking to Don in one of his shops. 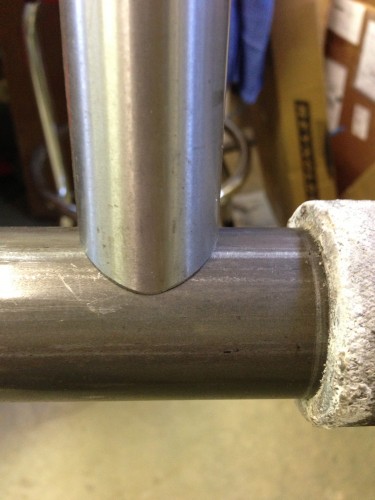 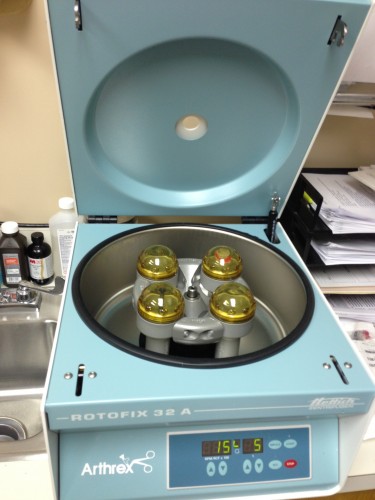 The centrifuge that spins the blood. 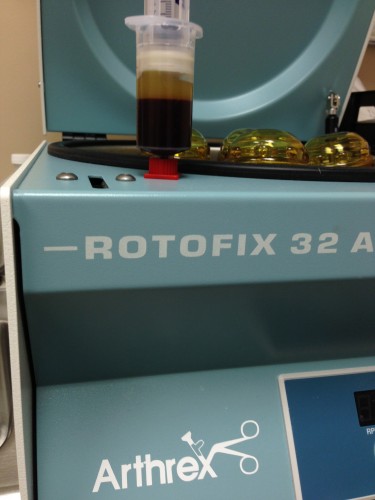 The separated plasma and platelets. 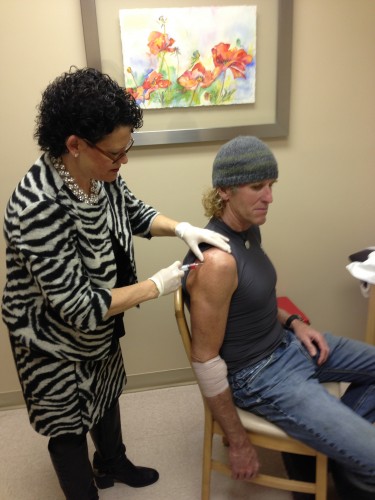 Stacie injecting the platelets back into my shoulder.