I was listening to NPR last night and there was a segment about how the FDA had issued a warning about taking azithromycin, known as Zithromax, Z-Pac, or Zmax. The warning says the it can cause a potentially fatal irregular heart rhythm in some patients.

What I found interesting in the warning is that we, as athletes, are included in the at-risk group. Mainly because of low heart rates, but maybe also because of low levels of potassium or magnesium. The at-risk group includes people with low levels of potassium or magnesium, a slower-than-normal heart rate, or people who take certain drugs used to treat abnormal heart rhythms, or arrhythmias.

This doesn’t surprise me in the least. I’ve taken Zithromax a few times in my life and I refuse to take it now. It is commonly prescribed for strep throat. When I take Zithromax, it is something like a miracle pill. I go from not being able to swallow one minute and then a couple hours later I have no symptoms of the sickness. The problem is that I can’t pedal my bike at all for close to 3 weeks or longer. I’ve experienced this 2 or 3 times, enough that I avoid the drug at all costs.

I’ve spoken to a few doctors about the issue and they told me that I was riding poorly because of the strep and not because of the antibiotics, but that isn’t true. I can be riding great, with a super sore, swollen throat, but as soon as I swallow the first Zithromax, I’m toast.

I’m thinking now that the Zithromax causes some type of reaction to hearts, especially of athletes, who naturally have super slow heart rates. And it takes the better part of a month for it to “clear up”.

Zithromax is the only antibiotic that is on my never to take list, but many antibiotics make me ride slow. I used to think that maybe it was a mental thing, but I’ve witnessed the same effects on Bromont.

Sometimes out running in the country, he’ll rip up his soft underside and get an infection that covers a large portion of his body. I’ll be taking him around the block on his normal loop and then the day he is given the antibiotics, his running speed goes from 25 + mph to around 15 mph. He looks like he is taking the same strides, just like he is in molasses. And he has no idea that he is on antibiotics, so it can’t be psychosomatic.

My counter observation of this is of Todd Wells. When I rode on the Specialized team with him, he always had a sinus, upper respiratory thing going, virtually the whole season. And nearly half the time he would be racing while taking antibiotics and was flying. I never understood how he could be riding so fast while on antibiotics because I was horrible while on them.

Americans are always looking for the quick fix. And, of course, none of us like being sick, especially during the season. But, we need to try to start backing away from antibiotics as the first line of offense to illness. And, as athletes, we seriously need to avoid Zirthromax. It isn’t worth dying over. 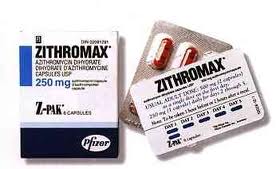 17 thoughts on “Dangers of Antibiotics as a Athlete”