Yesterday at the Tirreno-Adriatico, Taylor Phinney was time cut after finishing 35+ minutes behind Peter Sagan. This was a 209 Km stage that had over 10000 feet of climbing. He said, “This parcours was quite literally the hardest parcours of a stage in a stage race I’ve ever seen, much less ridden.”No climb was longer than 2km, yet over 10000 feet of climbing in total. It was like a mix between Amstel and Liege but after racing for 200km everyday for five days straight.” The stage had 18 climbs, nothing over a few kms long, but the climbs started early and never ended. It was a stage where after the finish, race director Michele Acquarone tweeted, “Many of you enjoyed it, but it was too much. We lost the right balance…if you lose half your peloton, you just have to be honest and learn from mistakes.” Over 50 riders quit the stage.

The weather was hard too. Wet, most riders wearing their rain jackets all race. And the grupetto pulled the plug at less than 90km from the start, so Taylor had to do the better part of 4 hours by himself, in the rain. And then the officials go and enforce what must have been a 10% time cut rule. WTF? I say 10% because the stage was won by Peter Sagan in 5:45, so at 6 minutes per hour, the time cut must have been around 34 minutes and 30 seconds. I’d read somewhere than Taylor maybe finished 37 minutes back, but I don’t have an exact number.

But, regardless of how far he finished behind, the officials blew it when they pulled him from the race. The time cut rule is not cut in stone. The rule has a built-in fudge factor that can, and should be applied when the conditions are extreme. And obviously these conditions were severe. They very easily could have extended the time cut to 15 or even 20% due to the extenuating circumstances. They do it all the time for heat in other races. Plus, there is only a 9 km time trial left to race, so it isn’t like you are starting a bunch of super worn out guys on another 200 km plus day, having the field stretched out for hours on the road.

One of our problems in the sport of cycling is that our official, many times, are not professional. Of course, that isn’t always the case, but many officials now, have never raced bicycles, so they don’t understand what is actually happening out there on the road. I’m not saying that to be a good official, it is a mandatory prerequisite to have raced bicycles, but it does give the official a good understanding of the sport from a competitors point of view. A perfectly run bike race is one that the officials have to do nothing other than score the final results. That is the race that riders prefer.

Kicking Taylor out of Tirreno did nothing for the race. It was a subjective call, not a rule enforcement. All it did was not allow him to race the final time trial today, which was one of his main goals of the week. The officials and the promoter of the race, owe Taylor a huge apology for making a colossal blunder in how to enforce the time cut rule.

Rides like what Taylor did on stage 6 is what we, as cycling fans, are looking for when following the sport. Only losing 37 minutes in 6 hours, in those conditions, riding by yourself is definitely not something to be kicked out of a race for. It’s not only what happens up front in a bike race that shows what the race was all about. It is the super human efforts like this that define a rider. Congratulations Taylor for doing just that. 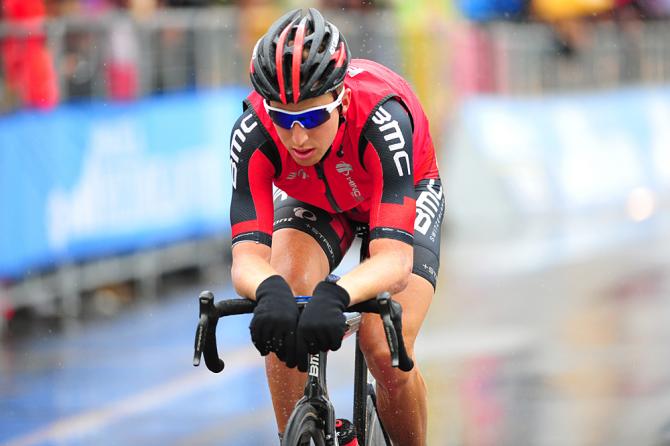