“It was in periods, usually periods of training in preparation for competitions. I have always ridden the Tour clean.” How about that for an honest admission? This was Michael Boogerd’s statement according to this article over at Cyclingnews.com. He admits using different doping products for 11 years of his 14 year career, but states that he never doped at the Tour de France.

Man, did he make a big mistake. Why would you dope and then not dope for the biggest race of the season? What a dope! This is nearly as believable as Levi’s timeline for drug usage. I believe Michael finished in the top 20 of the Tour, 6 times, with his highest finish of 5th. Just think how good he might of done if he would of been on even footing with the other 180 riders in the race, each year, that were taking drugs? If he only had another chance.

The more all these guys “confess” one by one, it makes me want that truth and reconciliation commission, or whatever, come true. Because, so far, they are all lying out their asses and it seems so stupid. As far as I can tell, only Michael Rasmussen completely fessed up. He said he took nearly everything available for his whole career. That was believable. That was the truth, I raced against him, there is no doubt.

So, one more, bares all and comes clean. After adamantly denying it forever. Remember when the Festina Doping thing happened back in 1998? They took the whole Festina Team to jail and questioned everyone. Laurent Dufaux, who was on that team, washed my bike when I spent a season racing cross in Switzerland. He was just a teenager then. Anyway, he and the other Swiss rider, Alex Zülle, hardly spent anytime in jail. When asked about whether they took EPO, they said, “Yes, everyone does”, then signed a document and left. I think the suspension back then was maybe 3 months max. Laurent went onto finishing 4th in the 1999 Tour the next year.

I wish that more of these guys that get caught would just go the way of Dufaux, Zülle, or even Thomas Frei, another Swiss guy positive, a few years ago. (Man, those Swiss mothers must teach their children it isn’t good to lie when caught.) I don’t think there is a good enough excuse now. No matter what it is. Let’s just get everything out on the table and then forget about it all once and for all. 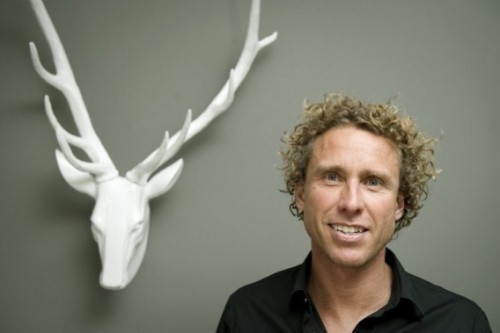 When asked, he completely denied rumors about sacrificing animals.