I was reading this article about the Redlands Classic and how they got an influx of funds and the race is healthy, which is great. I used to go to Redlands, mainly just to train. This year the race is in early April and I have no chance of being able to compete. But, I haven’t done the race the past couple years anyway. I always thought that they did a pretty good job mixing up the stages, even though the Sunset Loop is a very hard race, it doesn’t necessarily make or break the GC results.

The problem with them making the time trial a stage is that they will have to enforce the time limit. The race has such a diverse rider ability and it is so early in the season, that it is really unfair to riders from the Northern climates.

Not even mentioning the use of time trial bikes. Personally, I think for all NCR stage races in the United States, there should be no time trial bikes allowed. Our country is just too big to cover in an automobile and flying with two bikes to a race is stupid expensive. If they want to allow clip on bars, that would be alright, but having to spend $350 to bring a time trial bike, just for a 7.5 mile time trial is just dumb.

I know all you time trial fanatics are thinking, “Tilford, you’re full of shit. Just because you don’t time trial well, you don’t want us to use all this expensive equipment we have.” That is partially true, but it still doesn’t matter if it is. The amount of expense that it costs all the riders that are participating in the race isn’t justified by the small amount of seconds exchanged. The results will be pretty much the same, no matter what bikes everyone is riding.

Even the Pro Tour Teams are not allowed to race on time trial equipment sometimes when it is very expensive and cost prohibitive to travel with the extra equipment. The Tour of Qatar comes to mind where the guys did a team time trial on their regular road bikes.

Anyway, it is nice to see that the race is healthy. I’m not big on the changes, but it’s their race and I’m sure they had their reasons for the new venue and longer time trial length. We’ll see if it adds to the competition of the race in a little over a month. Man, it is nearly March. 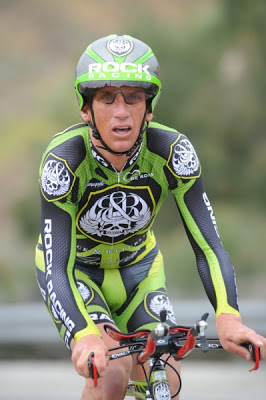 The is Tyler Hamilton from the 2008 Redlands prologue. Wow, that was 5 year’s ago.