It’s D-day if D stands for decision. We drove out to Colorado yesterday. We stopped at my friend Vincent’s house in Denver, to spend the night and now are driving up to Silverthorne, where I’m going to be staying for the next while. I guess it snowed a bunch up in the mountains yesterday, so it is going to be a little slow. My van sucks in the snow, so I’m going to have to take that into account. It has a plug/block heater, so I brought an extension cord along so I don’t have any issues starting it. The radio said it is supposed to be -10 up in the mountains tonight.

Vincent always has something new and fun going on. Last night he set up a new 3 dimensional printer. This is a machine that lays plastic in such an order to build 3D objects. It is kind of hard to explain how it works, but it is pretty cool. We only made one thing, a Simplex derailleur pulley. It did just an okay job, but I can see how this science is going to progress. It is pretty cool.

I have a doctor’s appointment in Vail at 3 pm today, so I’ll know a lot more about what is going to happen to me after that. Tomorrow is when I’m supposed to have the operation. I can’t see that changing, but you never know. I brought an erogometer out to ride, so I’m going to ride that tonight and then see how it goes after that.

Okay, I better get a move on. I’ll update this later when I have a chance. 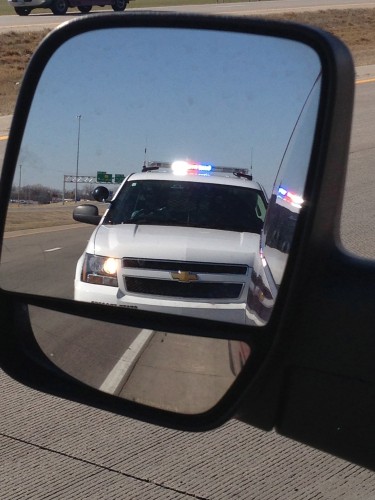 This is never a good sign. But, when he came up and said he clocked me at 84 in a 75, I knew I was good. He just gave me a warning after perusing the van. 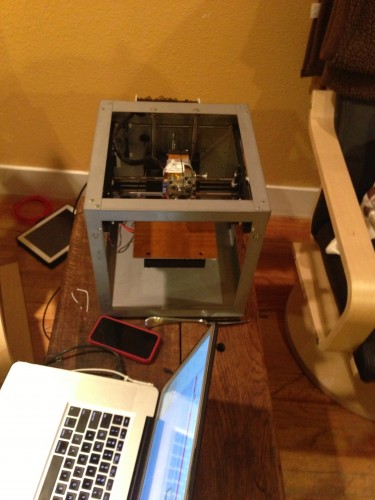 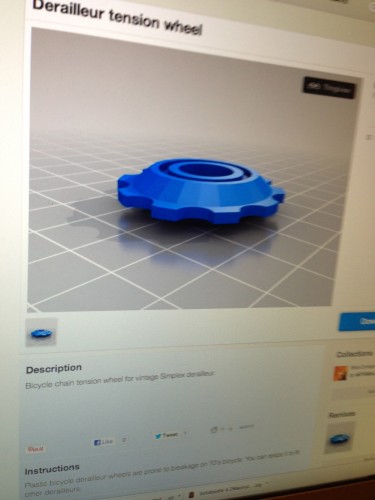 We were trying to make this. 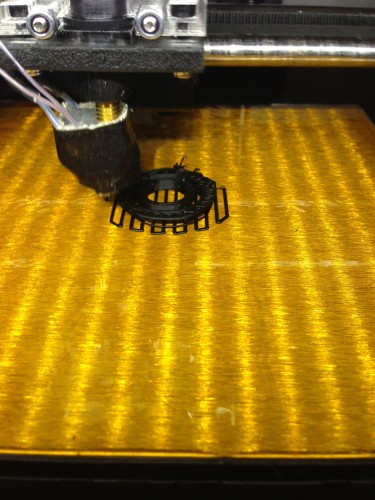 In the middle of the process. 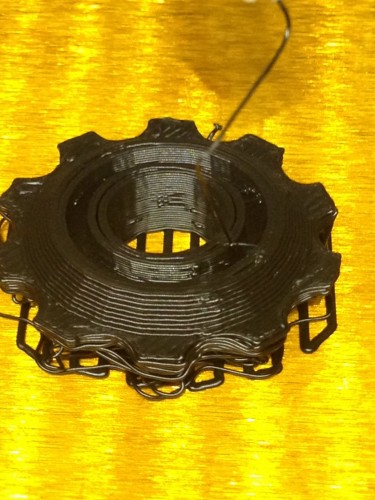 This is how our pulley turned out. We could probably use it in a pinch.