Yesterday was the qualifying race for Thursday Worlds. I wasn’t too concerned since I get to line up first due to winning last year. So, I had the luxury of not having to race full out, which was nice.

The race was fine. The course was super slow, sloggy, marshy grass/mud. The temperature was nearly 70 degrees, in Janurary. I started on the 2nd row and got an okay start. I moved up to 3rd pretty early and then kind of just chilled. I got into the lead after about 1/3 a lap and then threw myself on the ground. I’m not really sure what happened other than I slid out. A bunch of guys fell on the same corner, so it must of been really slick. 4 or 5 guys went by me when I was getting reorganized. I didn’t panic at all.

I just rode sort of hard every once in a while and got back up to the front early in the 2nd lap. I got back into the lead for about 10 seconds, until I tripped on a railroad tie going into the sand pit. Gunnar Shogren went by me then. I rode back up to Gunnar a little bit later, but didn’t have much desire to race him the last bit. I had no plans to run up either of the two hills any of the laps, so Gunnar rode away and won the heat. I was 2nd, losing 16 seconds the last couple hundred meters.

The next heat, Jeffrey Appletans won the heat easily. Our heat was 30 something seconds faster than the 2nd heat, but that is pretty irrelevant. It is impossible to tell how hard anyone is going at any time.

I feel pretty good about the whole day. I didn’t hurt myself. My shoulder was a non issue, mainly because I did nothing that would put any stress on it. I didn’t do anything to waste myself. I pretty much just walked all the run up sections, so my legs are pretty good. I went out and rode 20 miles after the race and felt pretty good.

I have to watch not spending all day on my feet today watching all my friends and team mates do their qualifying races. Bill and Matt race at 10 am, then Brian at 3ish. The course is going to change up a lot the next couple days. It is supposed to thunderstorm all day today. It rained like crazy at 4 am. It was supposed to rain 1/2 an inch, but it rained tons, so the course is going to be flooded. Plus, the winds were incredible. I just heard that the races are pushed back at least two hours while they try to get the course back together. It is also supposed to drop in temperature all day, to below freezing tonight. I wouldn’t mind the course to harden up a little, so I don’t mind a little frozen ground or ice. 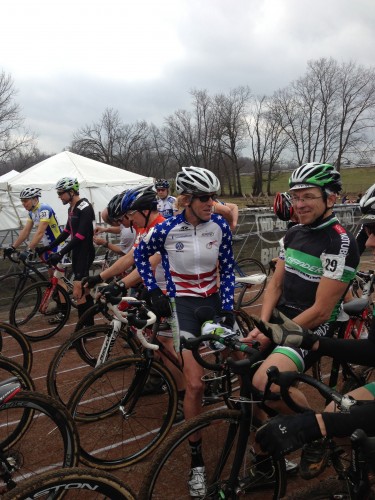 At the start, talking with Gunnar. 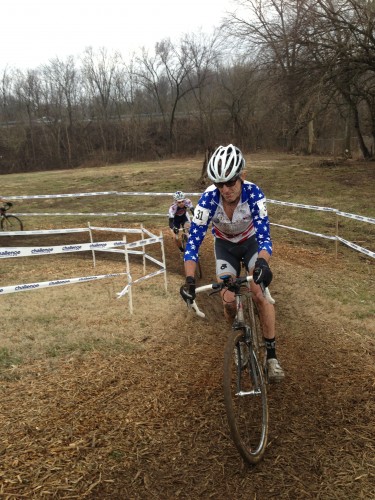 Riding pretty conservative, other than throwing myself on the ground once and a half. 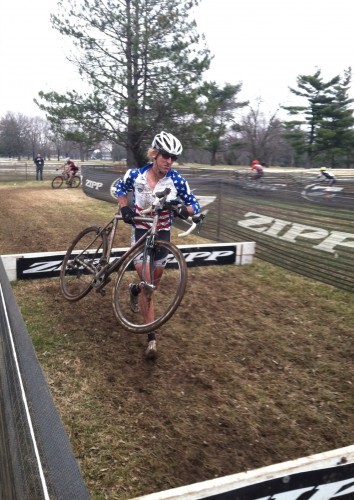 Tippy toeing through the barriers. 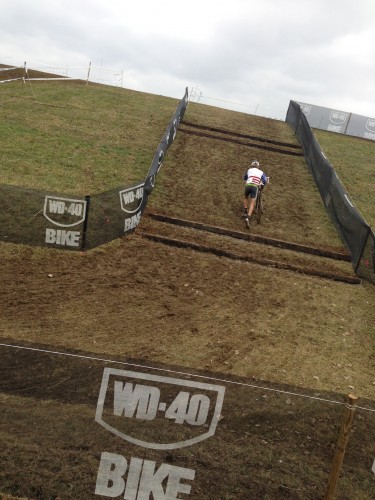 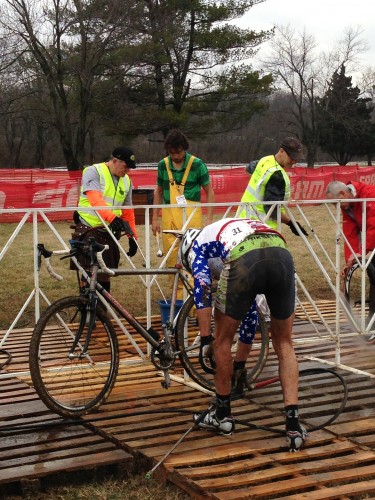 Power washing my bike after the race.

3 thoughts on “Day One Louisville Worlds”