I was apprehensive about writing anything at all about this, plus I don’t have all day to go over this Lance announcement. I have a couple doctor’s appointments in different cities, and depending on how they go, I would like to try to ride my bike some too.

So, what I have to say right now about this Oprah/Lance confession is that the guy must of lost his mind. I can, sort of, understand Lance’s denials all these years. At least I can conceptually understand his thought process. But, after all these years of denials, law suits, fuck you’s to nearly everyone in the sport, including the fans, I have no idea why he would “come clean” now.

There are 100’s of quote like these. No one forced the guy to say them. He could have just went about his business racing his bike and kept his mouth shut. But, no. Lance has no ability to do that. It truly wouldn’t surprise me if the Lance outs everyone involved in this whole thing. That would confirm my believe that he is a complete, selfish, ass. Not that I didn’t have enough information to come to that conclusion already.

I read somewhere that Dick Pound said that cycling might lose its’ Olympic eligibility from this whole mess. That would be a tragedy. But, I wouldn’t blame anyone. The people watching the chicken house seem to have been eating chicken dinners for a long while now, so they might have to go vegan for a bit.

Someone once left a comment on one of my posts that Lance was a sociopath. I didn’t really know what that was, but after looking it up, it fits his actions exactly.

I don’t know if I even get the Oprah channel. I guess I will watch the interview if I do have it. I wish they did it in one shot, instead of dragging it out over two nights. But, after saying that, I realize it will be a complete waste of time. I know that much of what he says, if not all, is going to be warped and half-truths at best. The really sad thing is that I think he is going to believe, as always, what he says is the truth.

Here’s a radio interview with Al Trautwig, longtime commentator of the Tour de France. Al sums up pretty much exactly how I feel. 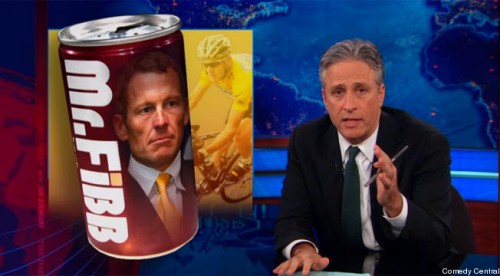 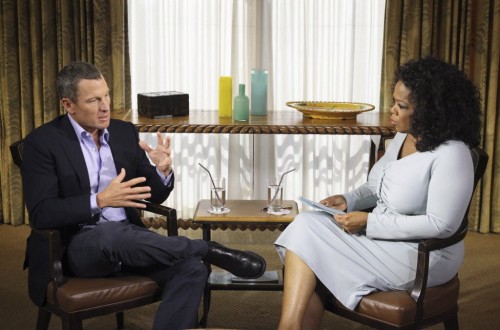 And here Lance is explaining the tactics involved in screwing your ex-team mates here.

45 thoughts on “The Lance Doping Confession/Interview”