Hi-It’s late again. We went out for sushi with Jay Thomas, Matt Shiver and a bunch of other Trek folks. Then headed over to the after race party. Yesterday was a little crazy. We broke Catherine out of the hospital to make it in time to get over to the course to watch both the women’s and men’s races. The course changed up like crazy. For the women’s race, the mud melted and it stuck to their bikes. If you didn’t have two bikes, there was zero chance of finishing. I heard a story about a women that went into the pit and stood in the bike wash line, while she was actually racing, and then going back out on the course and riding. Before and during the men’s race, the course hardened up a ton. The last couple laps were super hard. The men’s race was very good. Anyway, the results are everywhere over the internet. I’ll post more later. Here are some pictures of yesterday. 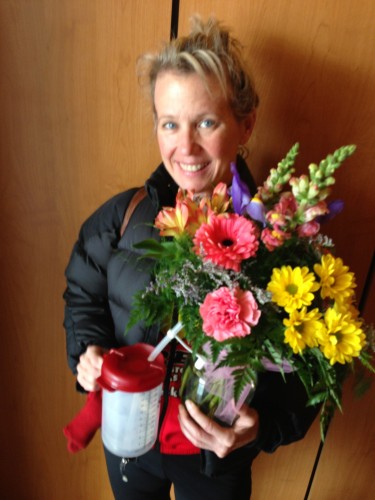 Catherine getting released from the hospital. 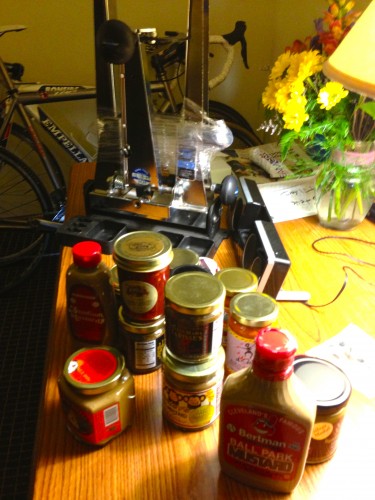 Matt went by the mustard museum and bought $90 worth of mustard to take home. 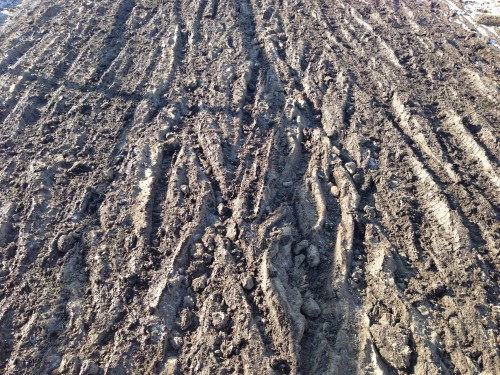 Just a small sample of the course conditions. 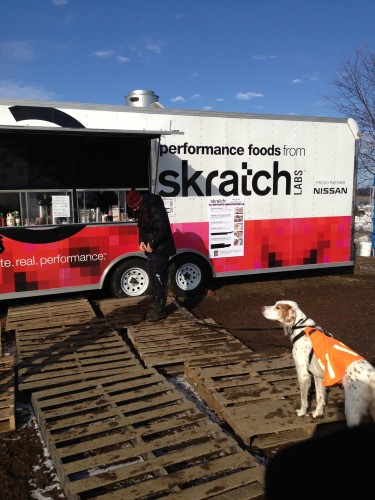 Trudi and Bromont picking up a snack between the races. 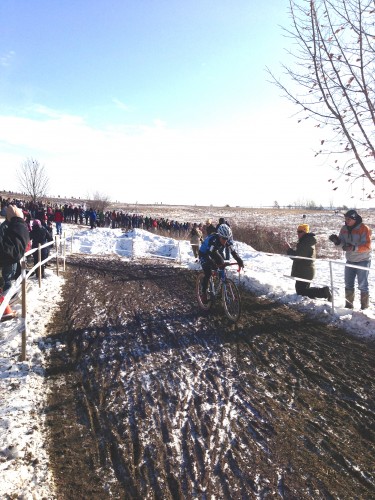 Katie Compton on her way to winning her zillonith National title. 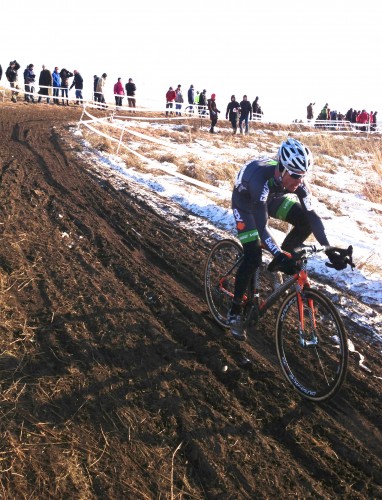 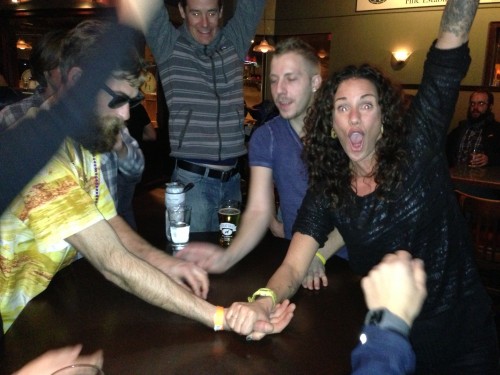 Arm wrestling at the after race party. 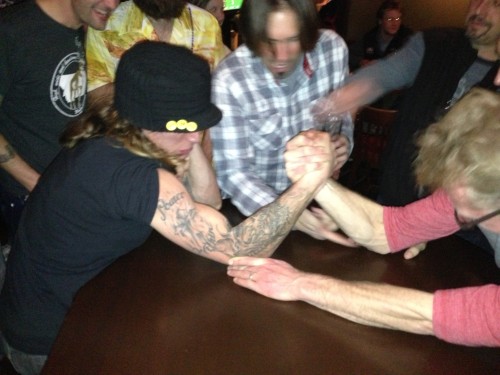