I wonder why you are so much more wasted riding when it’s cold out than when it’s nice, or even hot, out? Yesterday wasn’t that cold. It was in the lower to mid 40’s most of the ride. We went out for about 3 hours and rode mildly, steady hard. We had a 20 mph average when we got back to the city limits, but my legs were way more tired than in the summer.

Not only am I more tired while I’m riding, but when I get done, I’m way more hungry and tired. I’ve been purposely not taking a hot shower when I get back, because when I do, I get all warm and fussy and have to lay down and take a nap. As long as I stay out of hot water I seem to be way more alert and productive. I don’t get it.

It’s not like I’m out of shape. I think it takes more calories to cool yourself in the summer than to heat yourself in the winter. So, it doesn’t make sense that it’s harder to ride when it’s cool out. Maybe someone has an answer? Maybe the air is more dense and harder to push through?

I thought my hamstrings were sore before, but after I laid tile and crawled around on my knees for a couple days, my hamstrings are wasted riding. Maybe I’ve been too many of this psoas stretches too? I don’t know, but my legs are hurting in places that I’ve never experienced before. I don’t mind it so much, as long as it isn’t in the “normal” places.

Today, I’m going to get the guys started correctly on the shower and wall tiles, then go out with Bill and Catherine and do intervals at 11:30. It will be the first time I’ve done intervals this year. But, I’ve raced so little, I realize I need to do some intensity training, no matter how much I dread it. I’m sure it will be a rude awakening once again. After that, I’m packing up a bag, my bike and driving up to Chicago to Trudi’s mom’s house. It’s about 9 hours. We should get there before midnight.

I still haven’t checked out the weather in Chicago, but I’m betting it is not going to be very warm. I have plenty of clothing and I really don’t need to get in that many miles I guess. We’re only going to be up there until Wednesday and then head back to Kansas. Then maybe Texas, depending on the weather is doing. 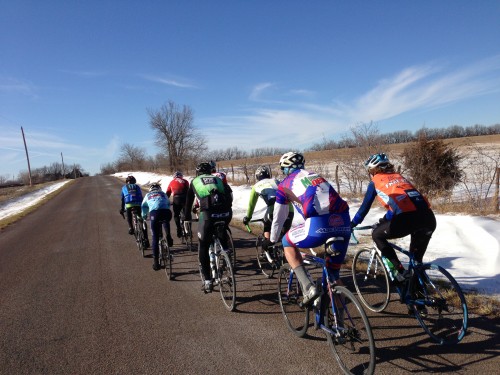 There is still a bunch of snow in the ditches, but the roads are pretty clear. It’s that time of the season when there is a lot of differences in fitness. Only 3 of us rode the whole way today. 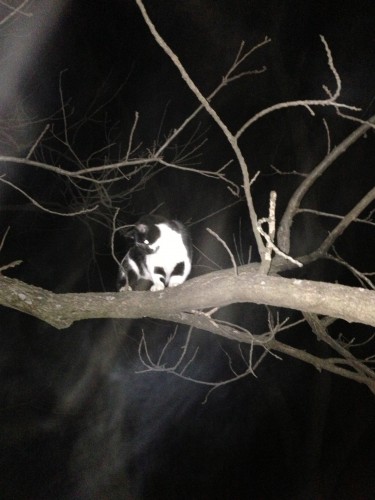 We always take Bromont out for a jaunt before bedtime, somewhere between 10:30 and midnight. Kukla, one of our kittens, has started going every night. Tonight see disappeared for a bit and when we were walking back she let us know she was climbing the tree and showing off. I don’t meet many cats that like to wander so far away from home. 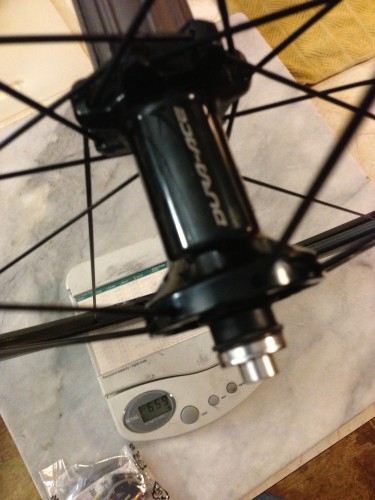 I got a new Shimano 11 speed rear wheel yesterday. It is the best wheel Shimano has built, at least by just looking at it. It is super light, if you can’t see the scale it reads 659 grams. The took nearly 100 grams off the old one. 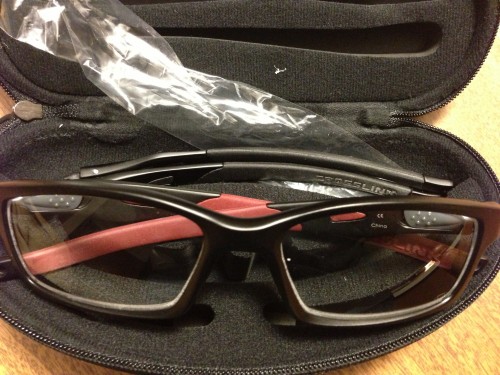 I also got a pair of prescription Oakley glasses from Steve Blick. The are progressive lenses and also darken in sunlight. Should be perfect for cross. 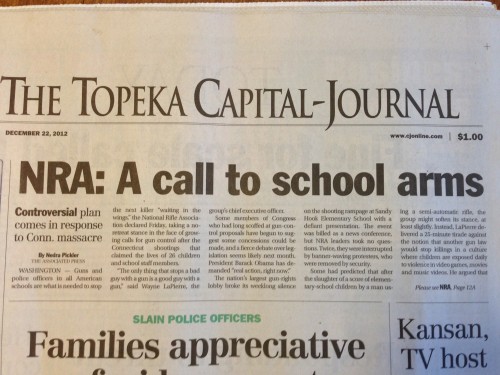 This was the front of the Topeka paper yesterday. Man, those NRA guys are shooting themselves in the foot. This Wayne LaPierre guy, the chief executive officer of the NRA, doesn’t even qualify to be a tool. He ranted for a long while about how music, movies, video games and such as the causes for this problems, and how it has nothing to do with the availability of semi automatic weapons. It’s about time for some card carrying NRA members to send those very cards back to where the came from.

11 thoughts on “Why is it that you’re so wasted after riding in the Cold?”