I’ve always been asked whether I ride stock bikes or custom. Everyone thinks it would be so cool to be able to design and tweek their bikes to their own specs. But I tell them, “I don’t know how to design a frame, that is what the bike companies have engineers for.” Historically, I ride the same bike that they ship to the shop. That is a little different riding the Eriksen bikes, since Kent pretty much only builds custom frames, so each and everyone is different.

The reason I’m writing this is that it is so hard to stress how every little change that you make on your bike, can, and will affect the handling and ridablity of the bike. Yesterday I went out for the first ride on the Di2 electric shifting. It’s awesome, BTW. But, what surprised me the most was that the front end of my bike felt like it was way more twitchy, quick, than it had been previously. And the only thing that I changed on my bike was the derailleurs and shifters. I must be in a slightly different position forward and backwards and the levers must be just a little longer, maybe, so it feels much like a different bike, especially when I’m climbing. Maybe it is just not having the derailleur cables binding the free movement of the bars, but that seems like a stretch.

It is very hard to know what you change on your bike to make it ride differently. Obviously, tires are a big deal and change. But, you wouldn’t think that changing the levers would make any difference at all. Stem length, handlebar width, saddle, all can effect the ride. But, you won’t necessarily know what it does until you do it.

I guess the moral of this story is that only make small changes on you bike, and only one at a time, if you want to recognize what the changes actually did. 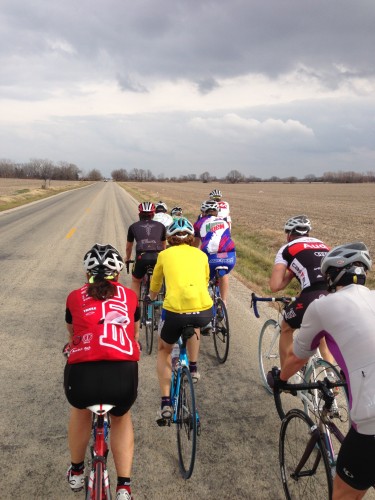 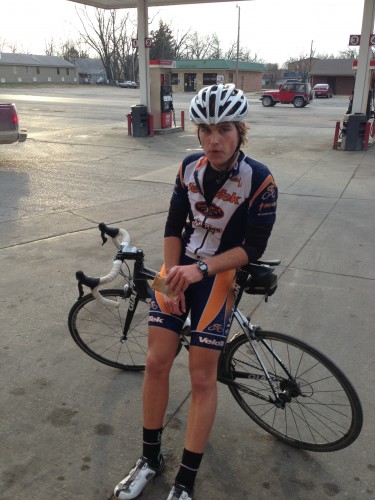 This is Little Jack, or John Jack, since we have another Jack that rides. He’s really Jack Funk, and he’s not going to be a junior this next season, finally. This ride was just a 2 sandwich ride for him. He says sometime he carries up to 4.