I just got back from driving most of the day back from Dallas. It is officially Thanksgiving Day, even though it’s very young now. I’ve written this before, but I’m going to do it again. Thanksgiving is my favorite holiday. It is super simple-hopefully ride a little, cook and eat some good food, hang with friends, maybe watch or play a little football and then eat some more. Pretty good day. I hate the way that the commercialization of Christmas has started encroaching upon Thanksgiving, but that is the way we do things now.

Probably the strangest, was when I was 20, I was living all fall in the Human Nutrition Lab in Grand Forks, North Dakota, and not eating turkey and such, but drinking coconut oil and non-dairy creamer. Don’t worry, I was getting paid $20 a day through Christmas to do that.

One year I was training for the Nationals Cyclo-X Championships, that were held on Dec. 31st. I was in San Diego and went down to Tijuana, Mexico to do a race. I believe it was a points race. Anyway, I won and they gave me a turkey in a Styrofoam cooler. I’m pretty sure that Mexico doesn’t celebrate Thanksgiving, so I’m not sure what the turkey prize was. I had ridden down to the race from the border, so didn’t have anyway to get it back, plus I didn’t really want it, so I saw a family that had been watching the race and asked them if they wanted it. They were so excited and gracious. It made for a very memorial Thanksgiving.

Anyway, we didn’t get out of Dallas until just before 3pm today. By then, the traffic on I-35 was backed up pretty good. We were creeping along all the way past Denton. I was pissed at myself for getting behind and leaving just a tad late. I knew it would slow day early on the day before Thanksgiving. Then again before Oklahoma City, there was a wreck and we were stuck in a traffic jam for close to 30 minutes.

After that it was clear sailing. The speed limit in Kansas is now 75, so 84 is alright. I was thinking that we, as Americans, have the best roads and traffic in the world. Even getting caught up in big city traffic, I averaged around 70 mph for the 500 mile drive back. I was thinking that here I was, driving on a nearly abandoned interstate highway, with over 25K worth of bicycles in the back of my van, at 85 mph and how silly it was that I got worked up about getting stuck in traffic for an hour or so. 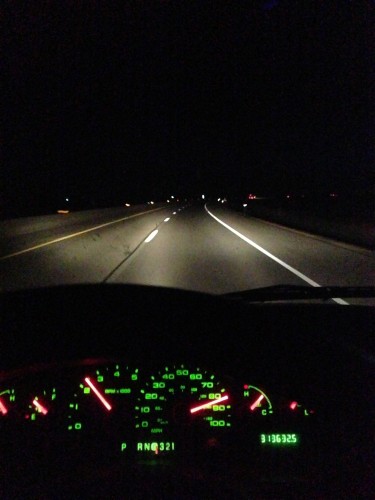 We do have the best road system on the planet.

I have had the privilege to travel to many places around the world through the sport of cycling, and see how the majority of people on this planet live. I know that I won the lottery being born in the United State of America. I have so many things that most people just dream about, plus I don’t have to worry about many serious concerns that the majority of people on this planet have to deal with on a daily basis. Pretty much anyone reading this won the very same lottery. We are in the minority numberwise, we are the fortunate few.

So, today, I have no problem giving thanks to all the luck that came my way when I was born here, and try to always remember those who aren’t so fortunate. Have a nice Thanksgiving. 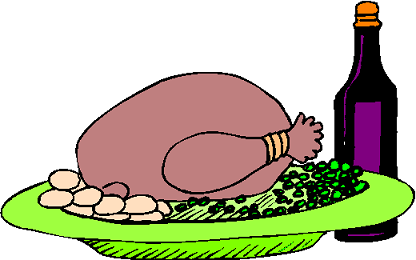 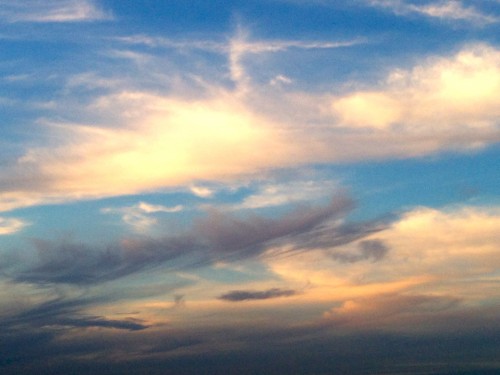 The sky over Oklahoma before sunset yesterday was great.

2 thoughts on “Thanksgiving, We all have a lot”