I ate some Fig Newtons last weekend and was thinking about how that Fig Newtons used to be about the only processed food that I would carry during a race for the first few years. Other than them, I’d usually have a banana, maybe some grapes and that was about it.

One year, before the Kansas State Championship Road Race, maybe the first year I was a senior, my brother Kris and I drove over to the grocery store to buy stuff to have in the race the next day. We were looking mainly for ripe bananas, nectarines/peaches, watermelon (to juice and put in our bottles) and of course Fig Newtons. It was after 10pm, then night before the race.

We were pushing a shopping cart around the store when a group of drunk guys started following us around and hassling us. They were whistling and calling us names, implying we were gay. I kind of understand where they were coming from, because we probably both had on short Adidas running shorts, Kris was wearing wooden clogs, me Adidas sandals, and of course, shaved legs. None of that was normal for the times.

Anyway, they finally came over and started getting a little physical. The ring leader said something about fighting and Kris casually said that we’d meet them outside after we finished shopping. The guy was stoked. We finished up and paid and I was pretty stressed about the whole thing. Kris was acting like nothing had happened. We were both carrying paper bags of groceries and we went out.

There were 4 of these guys, all bigger than both Kris and I. Kris kind of turned to me and asked if I’d hold his grocery bag. Right when I got a hold of the bag, Kris swung his arm, roundhouse style and slapped the leader across the side of the face with his open palm. The sound was unbelievable. The guy hit the ground instantly. Kris was immediately on top of the guy, sitting on his chest, knees on his shoulders, slapping him back and forth across the face. It looked like something out of a weird movie. I looked up at the other 3 guys, thinking that I might have to drop the bags and join in, but they were as taken back as me. Nobody else was going to get involved.

Kris stopped slapping the guy every few seconds and asked him if he was done, but the guy was either too drunk or too stupid to call uncle. Every time that Kris tried to let the guy up, he would take a swing at Kris, so Kris would slap him a few more times. Eventually, it came to a stand off. Kris told me to go get the car, and when I drove up, he jumped up and got in. The drunk guy got off the ground and tried to jump on the hood and break the radio antenna, but he missed. We went home.

I asked Kris how he came up with the slapping thing. He said he didn’t want to hurt his hands before the race the next day and figured that taking the guy by surprise was his only chance. It worked out to a T.

We went home and pureed our watermelon in a blender and poured it into bottles and put them in the refrigerator. The next day, we drove over to Manhattan, stuck some Fig Newtons in our jersey pockets and finished 1st and 2nd in the State Road Race. I guess a little pre-race fisticuffs didn’t slow Kris down too much. I was glad I was just a spectator. 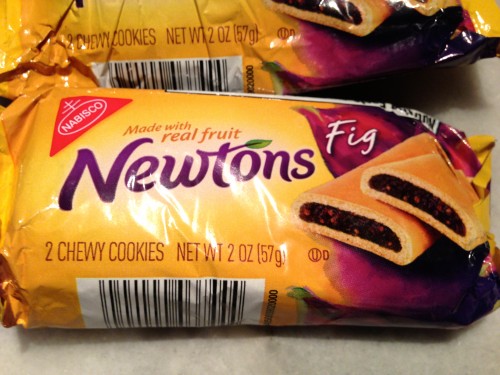 We didn’t have this individually wrapped Fig Newtons. We had to put ours in a plastic bag ourselves. 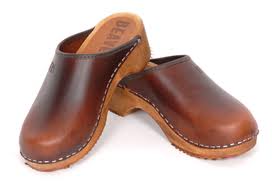 Remember these? Kris was wearing something similar to these the night of the altercation.